A memory from Fred Barzyk

I had been awarded a scholarship to get a master degree in Communication at Boston University. I would receive a $600 stipend to live on for a year. Also, I had to work three days a week at a small educational TV station, WGBH, Channel 2. I had hoped to go to Yale Drama school but I had no money and this gave me a chance to stop living at home and explore a new city. I felt lucky.

Then the unbelievable happened. A fellow grad from my class at Marquette University had also been given the same scholarship! This was very unusual. I am not sure one school had two members of the program. I suspect that our friend Bill Heitz, who had received the scholarship the year before, had done some heavy lobbying. Tom and I celebrated, excited and not without some fears. 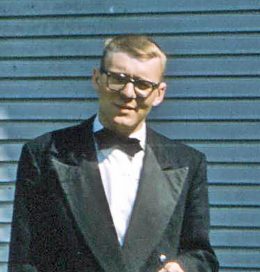 How were we going to get to Boston? That could chip away at our stipend. This is where Dave Nohling comes to the rescue. Dave had graduated from Wisconsin University in Madison Wisconsin and also received the scholarship!

Even more importantly, he had a CAR! We would drive to Boston and share the expenses! Yea!

Tom and I waited on that summer day surrounded by our luggage. We told Dave to pick us up on Highway 41, in Milwaukee,  near Leon’s Custard Stand. And there he came with his great old black car! We climbed in and off we went.

We drove into the vast Midwest, planning and talking about our future. We planned to drive straight thru and save the cost of a motel. We decided to room together sharing the costs. This was going to be some year!

Somewhere in Indiana, Dave said he always wanted to see NY city. Me too. And Tom lets go for it. With a whoop and holler the old Ford plowed thru the night towards the Big Apple.

I knew a number of would-be-actors living in the city. This is a place where we can crash. It was Mattresses Place, since the only furniture were mattresses. There were many living there, each working as waiters at local restaurants.

I knew they would let us crash.

Dave’s car rumbled on as we belted out the song New York, New York! 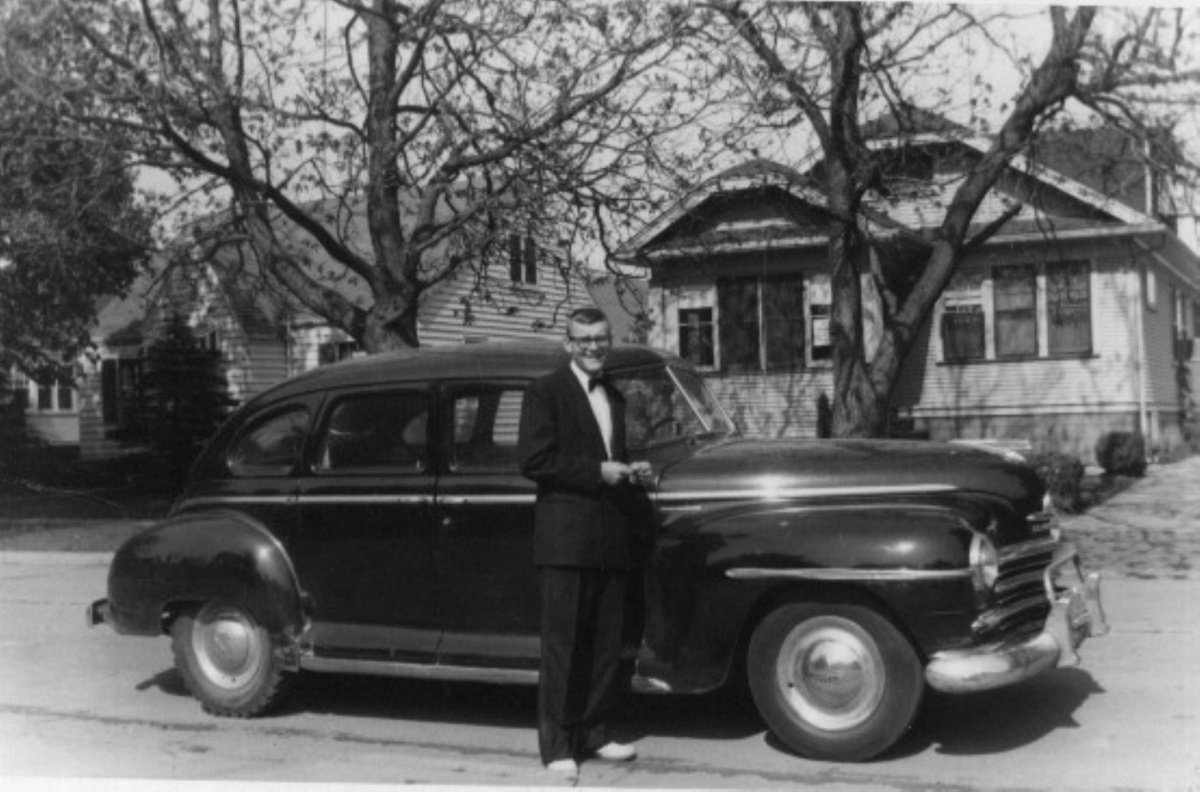 We bought a couple of quarts of beer in the city and presented to the Marquette gang as a thank you for letting us crash at their pad.

The next morning we headed off to Boston when Dave said we had to see Grand Central Station! The old Ford weaved its way thru the traffic and there it was. Where the hell do we park? Dave pulled over into a no parking area, got out of the car, lifted the hood and looked like he was trying to fix the engine. He told Tom and myself to go take a quick look, come back and stare at the engine, while he runs inside to grab a look. Dave made this trip an amazing adventure.

When Tom and I arrived inside Grand Central Station, we could not believe our eyes! There he was. One of the great movie directors, sitting in a director chair in the middle of Grand Central Station. There were lights, cameras, and actors…it was Alfred Hitchcock.  Directing North by North West. There was Cary Grant … Eva Marie Saint. This was the frosting on the cake.

Tom and I ran back to Dave, told him what was going on inside, he yelled in pleasure as he ran off to see Hitchcock. Tom and I looked at the engine hoping that no policeman would tell us to move on. Dave came back with the biggest smile I ever saw. We got in the car and headed to Boston. We didn’t say much this time. Just drove and kind of realized that our lives had really changed.

And then there it was, Boston.

Dave turned on his radio and searched the dial. And there it was … classical music on the AM dial! Can you believe it? The only classical music station in Milwaukee was on FM and wattage so low hardly anyone could hear it. I had left behind Milwaukee’s three B’s: Beer, Baseball and Bowling. And now I was in Boston with its three B’s: Brahms, Beethoven and Bach. This was going to be some kind of year. Thanks Dave for the ride I will never forget.

It was David L. Nohling’s elevated sense of humor that set him apart, not the bulky, purple, quilted costume that he wore on “Mister Rogers’ Neighborhood.” Mr. Nohling, who originated the role of Purple Panda, died Sunday at Chicago’s Northwestern Memorial Hospital of non-Hodgkins lymphoma. He was 65.

Born in Kenosha, Wis., he followed a five-year stint in the Air Force with a job at a Boston public television station. He moved to Pittsburgh in 1968 to work off-camera at WQED, where he served as a producer/director, associate director of School Services programs, and executive assistant. His jovial nature led him on-camera. Mr. Nohling was a popular fixture on WQED’s benefit auctions.

“He was always willing to wear a costume and act funny,” said Fran Nohling, 66, his wife of 42 years. “Our children would turn on the auction and there was their father in a tutu wearing a wig. One day at the station at lunch, Fred Rogers said, ‘You have a great face for a puppet.'”

During the 1970s, Mr. Nohling originated the role of the gregarious Purple Panda with the robotic voice.

“Many people have worn the Purple Panda costume through the years,” said Rogers, “but David Nohling … set the stage and the tone for what this character would be. Through his voice and his actions, he was able to create a character that, even though he was very big, children were never afraid of it. One of the reasons was that David had an advanced sense of whimsy.”

While in Pittsburgh, Mr. Nohling taught broadcast communication at Robert Morris College, Carlow College and the University of Pittsburgh. He left WQED in 1981 and relocated his family to a town outside Chicago, where he produced corporate videos for Arthur Anderson and assisted the United Way.

“He always brought humor into his presentation style and he was just like that at home, too,” said Fran Nohling. “He was a man who liked to have fun and spread it around.”