WGBH, the public media organization, will receive $218.7 million in exchange for moving the over-the-air signals of its WGBH and WGBY stations from frequencies on the UHF band to the VHF band. The two stations broadcast from Boston and Springfield respectively… 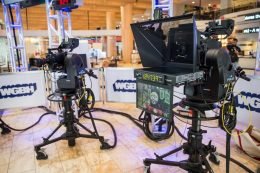 For public broadcasters, the payday comes as President Trump has threatened to massively cut federal funding to their industry. The $218.7 million that the WGBH Educational Foundation will get equals about one year of the nonprofit company’s current operating budget.

“We felt the spectrum auction was a unique opportunity, knowing we could continue to provide all of our public media services to viewers, and simultaneously support and strengthen this valued organization,” Richard Burnes, chair of WGBH’s board of trustees, said.

WGBH officials said they intend to put the money into its endowment with the aim of funding a larger portion of its annual expenses from investment proceeds. That will help the broadcaster “expand its educational services to children and students, further its in-depth journalism, and strengthen its modest endowment,” WGBH said in a statement.

A third station owned by the foundation, WGBX 44 in Boston, wasn’t sold in the auction, but will probably need to change its signal anyway, as the FCC wants to relocate remaining UHF channels into lower frequencies to free up even more spectrum.

WGBH and other broadcasters that are changing frequencies can draw from a federal fund to pay for new equipment and labor needed to make the switch.