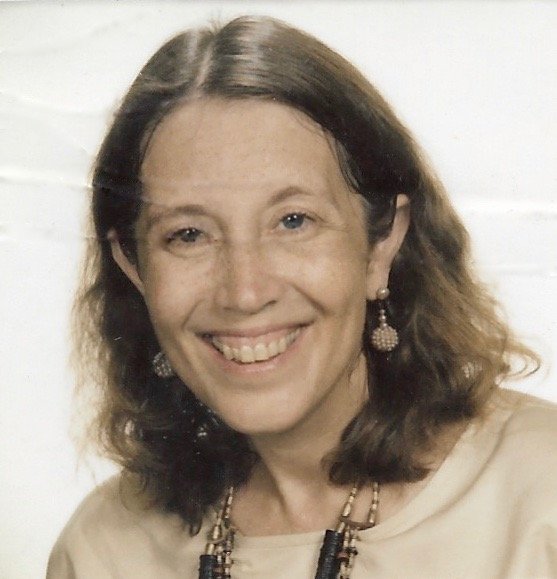 Barbara Gullahorn Holecek died in a Boston hospital on August 4th, aged 74.  She had been sick for some time, suffering from a genetic metabolic disease that had afflicted her for much of her life. Of her close family she is survived by her brother, Gordon Gullahorn, an astrophysicist now retired from the Harvard Smithsonian Center for Astrophysics.

Barbara was a member of the small group that gathered in the latter half of 1973 in the less than inviting environment of 475 Western Avenue to start production of the new (as yet unnamed) Nova science series.  The carpet was unforgettable and so, it turns out, was what we were doing — it was the beginning of the process that put public television’s documentary programming on the national map.

Barbara had been in another corner of 475, working on the debate program, The Advocates, which she’d joined after getting a master’s in documentary film from UCLA.  Michael Ambrosino, creator of the science series, had set up three production teams.  I was one of the producers, and Michael  — only too aware that I needed all the help I could get — wisely put Barbara on my team.

Barbara was a terrific production team member: a tenacious researcher, and a relentless advocate of her views on the best and right ways to approach a subject.  She was usually correct, and we learned to get our facts impeccably straight before entering into any kind of argument.  By 1976 she was leading her own Nova production team, and there followed eight fruitful years turning out some memorable episodes, on subjects ranging from the changing lives of Canadian Inuit (Hunters of the Seal, 1976) to traditional healing in Nigeria (Doctors of Nigeria, 1981).

Barbara was an exponent of causes — always “saving the world from capitalism”, in her brother Gordon’s words. At UC Berkeley in the mid-1960s she was active in SDS (Students for a Democratic Society), and the anti-war movement.  She was arrested in a demonstration in San Francisco against General Maxwell Taylor.

Her revolutionary tendencies mellowed, or perhaps became more constructively channeled, as her professional life developed. In the more than twenty productions she made during her career she was always focused on the victim, the underprivileged, the poor, the less-fortunate — whether the suffering was on the part of humans (in Testimonies, 1993, about treating torture survivors); of animals (in the award-winning The Business of Extinction, 1977, about the global wildlife trade); or even of landscapes (in the prescient and stylish Goodbye Louisiana, 1982). Her imagination and her heart led her often to the other side of the coin, where she’d quite likely stir things up: who’d have thought to make a film about what the subjects of study think of the anthropologists who study them? (Papua New Guinea: Anthropology on Trial, 1983). 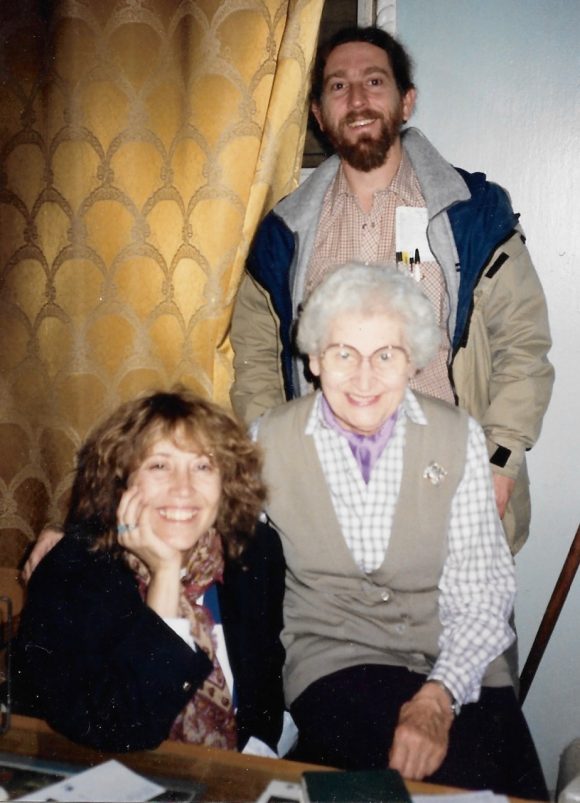 Barbara had a great smile, as you can see from the picture taken with Gordon and their mother, Genevieve.  It was a charming smile, and she knew how to use it. In Nigeria the forbidding Minister for External Affairs remarked how Barbara and her associate were always smiling. “Your souls are black,” he said as he handed them the permissions they needed. And that arrest at the San Francisco demonstration?  She was so charming the cops weren’t going to arrest her.  She had to persuade them (smilingly), otherwise she knew that Jerry Rubin (the social activist, her boyfriend at the time, who had already been arrested) would be jealous of whom else she might see while he was in jail.

Barbara left WGBH around 1984, after a subject she was becoming concerned with was deemed not to be a fit with Nova — “not science”.  It was a subject that was to occupy her for the next several years: how medicine can approach the treatment and rehabilitation of torture victims.  One couldn’t imagine a topic more in line with Barbara’s sensibilities. Not surprisingly, it was a hard film to make, financially and emotionally, but she persisted and in 1993 after almost ten years Testimonies was completed and distributed by, ironically, the American Association for the Advancement of Science.

Barbara made about a dozen films on a wide range of subjects after she left WGBH, usually as producer-director, sometimes as writer or co-producer.  Life as an independent producer is never easy, and in her case it was made harder by the increasing toll of her disease. Nevertheless she was involved in some notable productions: Umm Kulthum: A Voice Like Egypt  from the Filmmakers’ Collaborative, co-produced with Michal Goldman, a feature documentary about the famous singer; Sidet: Forced Exile, for the UK’s Channel 4, executive produced with producer-director Salem Mekuria, a portrait of 3 refugee women in Sudan.

During this period she was able to pursue her love of Africa over several years at Harvard: as a visiting scholar in Afro-American studies, and as a Fellow at the Bunting Institute of Radcliffe College. She took advantage of this time to produce Voices from Africa: First Person Accounts, an oral history and video/audio archive.

She was always a revolutionary, and she kept smiling to the end.

There will be a memorial service held in the Boston area, details to be announced.