For the people at the science television series “Nova,” Aug. 21 will be sort of like election night, at least when it comes to deadlines.

The program — produced by WGBH Boston — has decided to film that day’s total solar eclipse and air it hours later. It’ll be the series’ fastest turnaround to date.

“I used to do live television in earlier periods of my career,” said senior executive producer Paula S. Apsell, who’ll be running things that day. “This feels very much like it.” 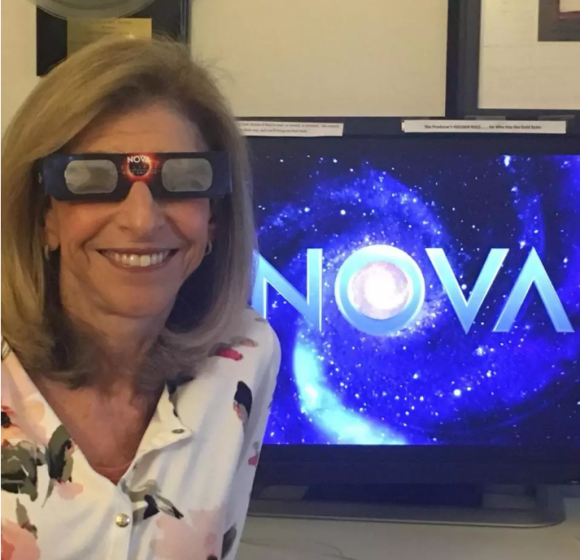 Apsell said “Nova” will set up crews in Casper, Wyo.; Salem, Ore.; NASA’s Ellington Airfield in Houston; and Irwin, Idaho. Some PBS stations are planning to send their own footage of the eclipse for the special.

“We’ll have five edit rooms,” Apsell said. “All of the material will come into each edit room.”

The eclipse should be visible (in some places better than others) at about 1:15 p.m. on the East Coast, and “Eclipse Over America” should be ready to air on WGBH at 9 p.m.

“Nova” has already prepared content about the history and science of solar eclipses to accompany the footage. Producers have a 52-minute show already done, which will help if weather isn’t in their favor.

Apsell promises “Nova” “will be getting the most pristine shots of the eclipse.” She also said everyone working on the project will get “Eclipse Over America” glasses for safety. “Nova” will give out some of those glasses at “An Eclipse for Everyone,” an event at the Boston Public Library on Tuesday night. (Seating is limited.)

Apsell probably won’t need a pair herself; she said she won’t get to see much of the eclipse as she runs the show from Boston.

The cosmic spectacle will pass through 13 states, and everyone in the continental U.S. will have the opportunity to see at least a partial eclipse, making it the most widely viewable eclipse of all time. Starting at 10:15 AM PDT (1:15 PM EDT), a lunar shadow 73 miles wide will take one hour and 33 minutes to travel from Oregon on the west coast to South Carolina on the east, allowing continuous observation for 90 minutes.

Solar Eclipse (working title) will be the ultimate companion to the celestial event. Nova will follow teams working on the forefront of solar science and solar storm detection, use CGI animation to reveal the sun’s secret mechanisms and integrate sequences of the eclipse itself — including scenes filmed at iconic locations along the path of the eclipse — user-generated content, NASA footage and more.

“Nova is thrilled to provide our audiences across the U.S. with an up close, in-depth look at this extraordinary scientific event,” said Senior Executive Producer Paula S. Apsell. “We are excited to share the experience with viewers — wherever they are — and the fascinating information it tells us about the inner workings of our sun.”