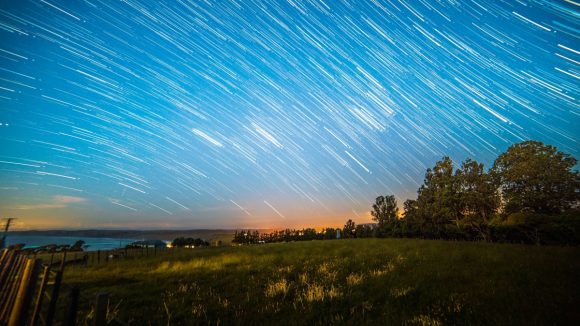 From 2007 to 2016, Kathryn worked on and off as a field and segment producer on short projects, including ANTIQUES ROADSHOW and FETCH! WITH RUFF RUFFMAN, and was a longtime freelance field and associate producer for GREATER BOSTON.

Kathryn Lee Farrelly of Duxbury, MA, died suddenly on November 12, 2017 of heart failure. A Rhode Island native and graduate of URI, Kathryn was a New England Emmy Award-winning and Daytime Emmy-nominated producer and writer. Her unique ability to notice the often unobserved earned her the reputation for crafting compelling stories that both entertained and informed.

For over ten years, she produced for the award-winning WCVB-TV series Chronicle and went on to produce, write, and direct content for WGBH, NFL Network, OWN Network, The Harvard Business Review Channel, and most recently, NECN/NBC.

She was a much sought-after marketing and advertising consultant and lent her talents to nonprofit organizations like Stop Handgun Violence and Ballet Theatre. Known for her sharp wit, insatiable curiosity, and deep devotion to family and friends, she was also a passionate mentor to several emerging women and men in her field.

Both professionally and personally, Kathy had a unique ability to connect with people through genuine empathy and humor. In her spare time, she loved walking with friends around the tranquil cranberry bogs throughout Duxbury — though she was equally content sitting at home binge-watching reality TV — one of her favorite guilty pleasures. Her taste in documentaries and comedy were unparalleled and almost always ahead of the curve. She was also a fantastic cook — her chicken parm, in particular, was constantly requested by her close-knit family.

She is survived by the person she loved most in this world; her son Harrison Frick, of Los Angeles, CA. She is also survived by her beloved mother Mariann (Neary) Farrelly; her sister Beth (John) Jordan of Duxbury, MA; brother Peter (Melinda) Farrelly of Ojai, CA; brother Bobby (Nancy) Farrelly of Duxbury, MA; sister Cindy (Zen) Gesner of Malibu, CA and twelve cherished nieces and nephews (each of whom shared several inside jokes with her). She also leaves behind the loving Frick family; Erik, Rebecca, and their sons Jakob and Tindell. She is predeceased by her father Dr. Robert Farrelly and nephew Jesse Farrelly.

The WGBH community notes with sadness the passing of former WGBH Series Producer Carl Charlson, who died peacefully on Thurs, 11/16 after a battle with ALS. He was 76. From 1986 to 2004, Carl produced multiple episodes for NOVA, AMERICAN EXPERIENCE, and GREATER BOSTON ARTS. A graveside service is scheduled Tues, 11/28 at 1 pm at Mt. Moriah Cemetery, 1057 Holmes in Kansas City, MO. A memorial is planned for Boston in early January.

Documentary Film Producer Carl A. Charlson Jr., 76, a Kansas City native and long time resident of Boston, died peacefully November 16, 2017. Diagnosed four years ago with ALS, he managed to live independently until shortly before his death.

His career as a documentary film producer, director, and writer spanned forty years and included nearly 100 television productions, many for PBS and other major networks. He once observed that, with few exceptions, each project was a kind of gift, an open door to the hidden workings of a fascinating world.

Carl was the son of the late Dorothy Kirby and Carl A. Charlson. His career started early as a young boy in Kansas City. At the age of 11, he produced “Hazelle’s Marionettes” a puppet show broadcast on a local television station. He got his BA from Westminster College in Fulton, Missouri in 1963, and went on to get an MA at the Annenberg School of Communications at the University of Pennsylvania in the relatively new medium of television.

His first job was in public affairs at WCAU in Philadelphia at a time when culture, as he once wrote, “seemed to crack wide open.” His productions included profiles of Louis Kahn and Andrew Wyeth. Carl’s interests were eclectic and his body of work revealed the breath of his curiosity—politics, music (especially classical and musical theater), dance, pop culture, science, and history.

A trip to Expo 1967 in Canada led to a job at the CBC in Toronto where he covered Richard Nixon’s campaign, John Lennon’s “Bed-In” for peace, and followed Gloria Steinem in the march for women’s rights. As he recalled, these were formative years.

In the 1970s, he produced programs about modern art and dance at WNET Thirteen in New York. For ABC he produced an observational documentary on Joe Papp’s breakthrough production of “Hamlet” with a female lead. In the mid 1980s, he produced for Smithsonian World, a television version of the magazine which took him to cover stories in England, India and Kenya and opened up a lifelong interest in other cultures.

In 1986, he moved to Boston to take a job as staff producer and writer at NOVA at WGBH, the PBS station. His first program was based on David McCullough’s best selling book, “The Path Between the Seas,” the building of the Panama Canal. The two would become life long friends.

Carl went on to produce documentaries on the safety of cigarettes, the psychology of an arsonist, and exposed the secrets of psychics. He also produced and wrote several high-profile documentaries for American Experience, including the tale of architect Stanford White’s affair with Evelyn Nesbit, the “girl on the red velvet swing.” He retired in 2005.

During his long career he was recognized with an Emmy, the Edward R. Morrow Award and received numerous Writers’ Guild nominations.

As friends and family attest, Carl was a charming and engaging conversationalist whose observations were thoughtful, well informed, and wry. He mentored young talent throughout his career and remained close to them as years went on and left an indelible mark on all he encountered.

His immediate survivors include his sister Ingrid McNutt of Oklahoma City, niece Stacey Logan Lewis and her husband Robert of Vero Beach, FL, Betsy Charlson of Lafayette, LA, Tracey Charlson of Elk City, OK, the Rolf and Kathleen Bremer family of Brookline, NH, many nieces, nephews, cousins, and close friends. Carl will be lovingly remembered by all and by the dedicated doctors, nurses and caregivers who entered his life as his disease progressed.

A graveside service is scheduled Tuesday, Nov. 28 at 1 pm at Mt. Moriah Cemetery, 1057 Holmes in Kansas City, MO. A memorial is planned in Boston in early January. In lieu of flowers, donations can be sent to Compassionate Care ALS, PO Box 1052 West Falmouth, MA 02574, www.ccals.org.