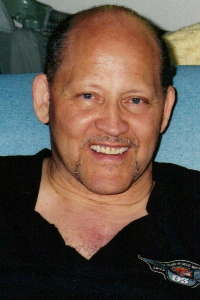 Born on February 24, 1946 in Boston, MA to the late Arthur Harrison and Jacqueline (Armstrong) Harrison, Richard spent most of his early years in the Boston area, but also lived for a short period of time on his family’s farm in Michigan, of which he always spoke fondly.

Richard graduated from Brighton High School in 1963, where he was a state track champion. As a teenager, with a love of music which lasted his entire life, Richard was a member of a group called The Indigos, which enjoyed success in the Boston area and Cape Cod in the early 1960s

A proud veteran, Richard served in the Army in the Vietnam War from 1964 to 1967. After his return from Vietnam, Richard received a degree in electronics and worked as a supervisor at Analog Devices before moving to WGBH TV – Channel 2, where he was a successful electronics engineer for over 40 years.

Richard was also an entrepreneur and created Knife ‘n’ Sharp, one of the first mobile knife sharpening businesses in the country. Along with his daughter, every weekend Richard would travel around the Boston area to sharpen knives and scissors for restaurants and barber shops.

In his later years, Richard began a second career as a licensed muscular therapist, graduating from the Muscular Therapy Institute in Cambridge in 1997. He loved making his clients feel better, and if anyone ever mentioned a muscle ache in his presence, he was always ready to give a treatment on the spot or suggest exercises.

A born teacher, Richard never hesitated to answer questions or give advice. He knew something about everything and was always available to share his knowledge.

Richard was a man of many interests and spent much of his time enjoying fishing, camping, traveling, billiards, and playing with his dogs. He was also a retired Tae Kwon Do enthusiast, which lead to one of his nicknames – Kwondo.

Above all, Richard was a family man and loved being with his family most of all. His family was his greatest accomplishment.

It is with deep regret that I report the passing yesterday of retired longtime WGBH engineer Rich Harrison. Rich had just returned home following 3 months of hospitalization when he passed suddenly. I had spoken to Rich several weeks ago and he expressed excitement on being released from the hospital soon.

For decades, Rich was a legendary WGBH employee, a mainstay of the company’s premier engineering maintenance department. Further, he was continually active in making WGBH a better place for all employees to work.

Rich, a Vietnam war veteran, arrived at WGBH about 1972 from employment at Analog Devices. He retired about 2011.

Funeral arrangements are not complete as of this writing. However, it is likely that the wake and funeral will be mid-week in Franklin, MA.

Condolences could be sent to his wife, Leslie, and his family at their home: