That Wednesday night, without warning, viewers were invited to take part in a radical experiment. Instructions appeared on the screen: “Gather two television sets in the same room. Place them 6 feet apart. Turn one to Channel 2. Turn the other to Channel 44.” 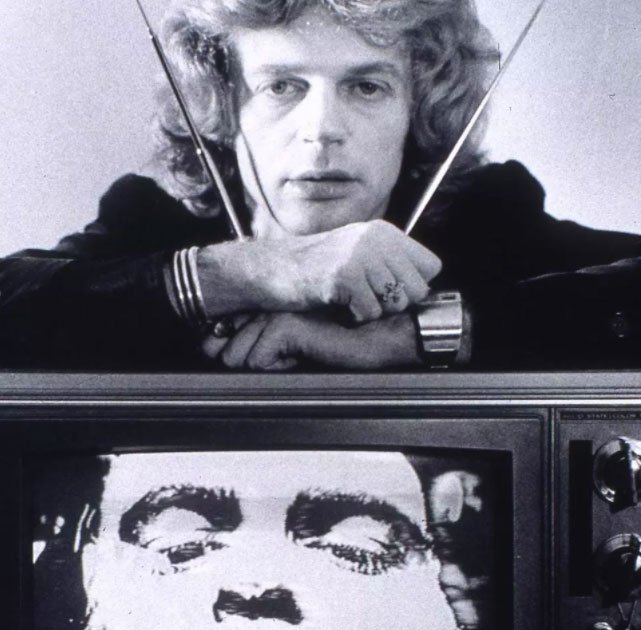 On the left screen appeared a young British man named David Silver, who proceeded to interview theater director Richard Schechner. This footage was in black and white. On the right television, tuned to Channel 44, Silver materialized in full color, adding commentary to the interview unfolding on the other screen, putting himself down as a phony. Elsewhere in the show, home viewers watched agog as the young British invader played Ping-Pong across screens, the tiny white ball magically zipping between two unconnected boxes in their living room…

Silver recalls Barzyk’s vague but exciting proposal from their first meeting: “We’re gonna set up a situation in Studio A and you’re just going to do things, and hopefully they’ll like you.” …

There were certainly experimental films that approached the level of absurdity found in Silver and Barzyk’s creation, but the difference was that this program snuck into people’s homes twice a week — and not just in Boston. What’s Happening, Mr. Silver? appeared on 13 partner stations across the United States. Andy Warhol may have been the superstar of the experimental film world, but even he had to convince the public to seek out his movies. For Barzyk and Silver’s form of madness and intuition, you didn’t even have to leave your couch.

One of the most influential episodes of “What’s Happening Mr. Silver?” was John Cage and his controversial composition “4 minutes and 33 seconds.”

In that piece, which we staged in the middle of a very busy Harvard Square, Cage sits at the piano, takes out a stopwatch and plays nothing. At the end of the allotted time, he stands up and bows. The confused crowd applauds. Cage smiles from ear to ear.

Anything you heard during that time, whatever noise, should be considered music. So, I reasoned that any crazy image that appears for 29 minutes of a TV broadcast, is also a TV program. ANY IMAGE AND IN ANY ORDER. That was the underlying construct for that one show. We were all shocked when “Madness and Intuition” won the 1968 “NET Award for Excellence for the Contribution to Outstanding Television Programming.” The plexiglass Award sits on my desk today.

Wow! And I was there. WGBH – What a ride. What a privilege … and always, thank you, Hartford Gunn – for creating the stage and allowing magic to happen.