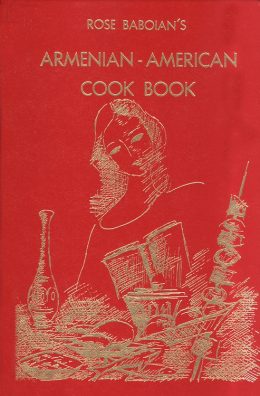 FRONTLINE is seeking a piece of footage from the 1960s.

On December 21, 1965, WGBH aired a 30-minute program that featured Rose Baboian, an Armenian cookbook pioneer from Aintab who made “Golden Star Paklava.”

The show was filmed at the WGBH studios and was added to the broadcast schedule after the official program guide was printed that month.

Unfortunately, no archived footage from this one-time cooking program exists in the WGBH archives.

Do you remember viewing or working on it? Would you have a lead as to where there might be a recording?

If so, FRONTLINE’s John Campopiano would like to talk with you. He has already been in touch with Rose’s grandson who teaches at Berklee and he is looking as well.

Posted in WGBH 2
← Multimedia: Remembering the James Brown concert that calmed BostonCountdown to the Reunion #1 – April 2018 →