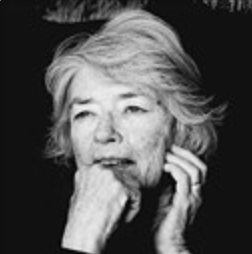 Born in Asheville, NC in 1946, Terri grew up in San Pedro, California, and attended UCLA, graduating in 1968. Early in her career Terri was a TV producer, first at KCET Los Angeles and later at WGBH Boston, where she was Executive Producer of Zoom, an Emmy Award winning children’s series. She also consulted on popular children’s television programs, including Captain Kangaroo, Mister Rogers Neighborhood, and Weston Woods Studio. Terri always said that chronic disease — diagnosed first in 1979 — freed her from television and allowed her to devote her time to writing, her first love. In her writing, she focused on children’s media and literature. At the time of her death, she had nearly finished a memoir about her life and about the history and evolution of transplantation, called Side Effects, which her husband and son will finish and publish.

A Memorial Service with friends and family will be held in June in her garden at home in Lexington. In lieu of flowers, please consider a charitable contribution to Partners in Health. Lexington (781) 862-1800. www.douglassfh.com