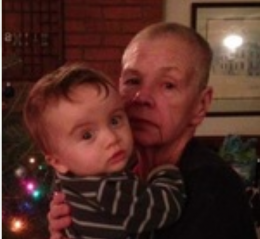 Miss Smith was born July 26, 1946, in Winchester; the daughter of Jack Steele Smith and Janet Largent Smith. She had worked as a Technician with WGBH in Boston and as manager of Long Acre Kennels. She was a member of First Presbyterian Church.

She is survived by her daughter, Meghan Largent Vance of Winchester; three grandchildren, David Vance and his wife Brittinei, John Vance, and Kathleen Vance; and a great-grandson, Dominic Vance; and her brother in law, Clinton Jones. She was preceded in death by her sister, Janet “Mikie” Jones.
Funeral services will be private.

In lieu of flowers, memorial contributions may be made to Blue Ridge Hospice, 333 W. Cork Street, Winchester, VA 22601.