Skip Wareham shared this photo of a Boston Emmy Award ceremony with McLean Stevenson (from M*A*S*H) front row center. According to Bill Charette, this was in December 1981. Marcus Jones wrote, “WGBH ran the New England/NATAS Emmy Award show production at the Sheraton Boston Hotel on Dalton Street. I believe it was held in January 1982. Actor McLean Stevenson (from MASH) was the host. WGBH rented tuxedos for the male crew members.” 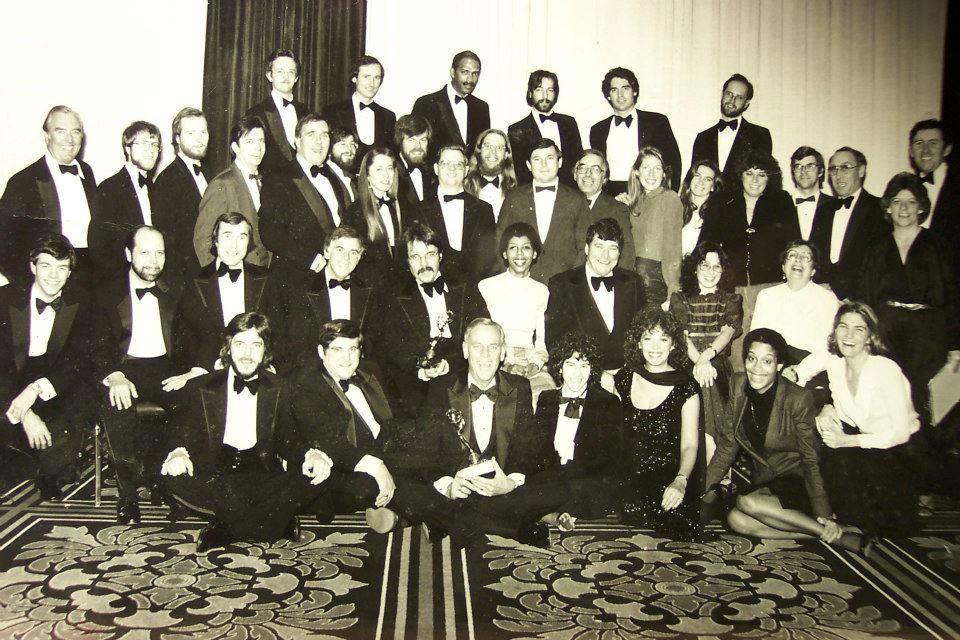 Here are the people we’ve identified thus far. Can you help us identify the few remaining unknown staffers? (You can click on the image to see a larger version.)