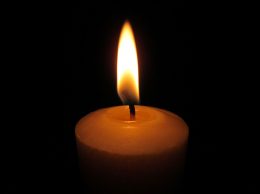 Mercedes Sabio passed away on August 29, 2018 following a battle with cancer. She was surrounded by loving family who will all miss her dearly.

Mercedes was best known for her work in public television. For nearly 30 years, she was part of the PBS family through her production, programming, and leadership roles at the WGBH, WOUB, WTVI, and NHPTV stations.

Mercedes was a creative force and an accomplished producer. Her productions included the Realidades series at WNET/13 in New York City and the EMMY-Nominated La Plaza series at WGBH-TV Channel 2 in Boston. She also produced Take Me to Your Leaders and Go Figure for WOUB, Chihuly in Charlotte for WTVI, and Golden: The Hobey Baker Story and Wild New Hampshire for NHPTV. These and others of her works received numerous accolades and recognition for excellence, including EMMY, OBIE, TELLY, and CINE Golden Eagle Awards.

After her retirement from media, she gave back to the community through a second career as a medical translator. Mercedes is remembered as a kind, intelligent, and inspiring woman both personally and professionally.  Her loss is felt deeply, but her example and legacy continue to provide strength to those who had the privilege of knowing her.