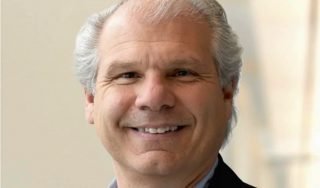 After four decades in the business, Phil Redo is ready to step down. The WGBH general manager for radio and local news will retire from his position at the station, according to a press release. Redo plans to remain in his role until July 2020 while the station searches for his successor.

Redo, who originally joined WGBH in 2009, oversaw WGBH 89.7’s move to an all news and information format and created an integrated newsroom across WGBH 89.7 FM radio, WGBH 2 TV, and wgbhnews.org. Among his key hires were “Boston Public Radio” co-hosts Jim Braude and Margery Eagan and “Morning Edition” host Joe Mathieu.

“Phil has expanded our public service mission, effectively responding to the appetite for public radio in our communities, and substantially increasing the options for audiences through appealing programs and opportunities for engagement with civic leaders, and with one another,” WGBH president Jon Abbott said in the release. “WGBH has benefitted enormously from his strategic vision, energy and enthusiasm, and as a result our stations are poised for continued future growth and success.”

Before WGBH, Redo served as vice president and general manager of Greater Media Boston, a five-station FM radio group. Prior to that, he was the vice president of operations and corporate strategy at WNYC in New York, and also previously worked for Premiere Radio Networks in New York and Viacom Radio in Chicago and New York.

Redo, a self-professed painter and sailor, plans to undertake some personal projects after four decades in radio.

“I am so fortunate to lead this team of extraordinarily talented colleagues and to have had a hand in building our stations and a thriving news service for audiences across the region,” Redo said in the release. “I love this work, but after four decades in the business, I’m looking ahead to undertaking some projects of my own. I want to have time to write, and to be an active participant in community life.”