Anne Adams, WGBH-TV producer who ‘truly had an impact,’ dies at 55

With uncommon range, Anne B. Adams produced TV news and feature programs about everything from the Oklahoma City bombing to cooking and concerts, from the fall of the Berlin Wall to cancer and caring for elderly parents.

At WGBH for the past two decades, her work was honored with Emmys, James Beard awards, along with a George Foster Peabody Award for “Depression: Out of the Shadows.” After she was diagnosed with cancer 2½ years ago, her constant goal was returning to her job as a senior program producer so she could shepherd more quality shows to completion.

“The one thing driving her was getting back to work,” said her husband, Peter Masalsky. “There’s a notebook on her desk with plans for the shows and the shoots and the guests.”

Ms. Adams, who lived in Waltham, was 55 when she died April 9 of colon cancer that had metastasized. And though she was passionate about her work, “she was all about her family: her parents, her sister, her brothers, all their children — our nephews and nieces,” her husband said.

In her early years at CNN, where she rose from associate producer to producer to executive producer, Ms. Adams was promoted to leadership roles in control rooms that were dominated by men, along with a few women who often emulated their overly demonstrative manner.

“There were a lot of screamers,” said Kari Birdseye, a longtime friend and former CNN colleague. “But when Anne was promoted, she brought this quiet intelligence and grace and a sense of authority — without losing it. It really kind of changed the style of how women who followed in her footsteps ran the control room.”

After nearly a decade at CNN, she returned home to Massachusetts in 1998 and began working at WGBH, where “she was someone who cared deeply about our work, was always willing to challenge herself and others, raising important questions and sharing thoughtful ideas,” Jon Abbott, president and CEO, wrote in a message to the staff after Ms. Adams died.

“She truly had an impact,” he added, “and this is a heartbreaking loss for the entire WGBH community.”

About 13 years ago, “she came to me and said, ‘I’m a foodie,’ ” said Laurie Donnelly, director of lifestyle programming, who was her boss ever since then. “It was like a confessional. Anne wanted to branch out into lifestyle programming. Oh my God, I welcomed her with open arms.”

Ms. Adams “was a quiet force in the foundation,” Donnelly added. “She was always the person who, if you want an answer, you go to Anne. If you want to know what’s going on, go to Anne. You knew that if you wanted to get a job done, you’d go to Anne.”

Among the many shows for which Ms. Adams served as a producer were “Born to Explore,” “Lidia Celebrates America,” “I’ll Have What Phil’s Having,” “The Mind of a Chef,” “Gourmet’s Diary of a Foodie,” “Caring for Your Parents,” and “The Truth About Cancer.”

“She took great pride in her work,” Peter said. “All of us think we’re perfectionists, but she truly was. If she put her name on it, she wanted it to be the best show, the best special.”

Switching midcareer from news to features, as Ms. Adams did, is uncommon, Donnelly said, and doing well in each endeavor is even less common.

“A lot of people focus on a single thing. It’s kind of rare that someone can do what I call changing lanes — quickly shifting,” Donnelly said. “It takes a different talent to do a how-to cooking show than it does to do a deep, intense show on health. She had all those skills, and they’re exceptional skills.”

The youngest of four children, Anne Beckwith Adams was born in Beverly Hospital on Sept. 29, 1963.

“She was feisty from the beginning,” said her mother, Marion Thompson Adams, who is known as Mimi. “She used to keep up with the others in a good way.”

While Ms. Adams was growing up in Hamilton, her mother co-owned the Book Shop of Beverly Farms, which she helped found, and her father, Dr. Thomas W. Adams, was a pediatrician in Beverly.

“She really was an extraordinary woman. During her life she was determined, she was funny, she had a wonderful sense of humor, she was very loving, and she gave wonderful gifts to all the nieces and nephews,” her mother said.

“She was very caring with all her nieces and nephews,” her father said.

Even as a student at the private Pingree School in Hamilton, Ms. Adams “was always interested in writing, always interested in being a journalist,” said her sister, Kate Adams Reynolds of Winchester. “Some people really know what they want to do, and she always did. I always respected that and admired that about her.”

Ms. Adams graduated from the University of Vermont with a bachelor’s degree in English in 1985, after working on the Vermont Cynic, the student newspaper, and at WCAX, a Burlington TV station. She began her career in New York, writing for the MacNeil/Lehrer Report.

In 2007, she married Peter Masalsky. They had met at a party the Sunday night after Thanksgiving in 2003. “I went and we just started talking and actually shared a kiss,” he recalled. “We had a date the next weekend and just went from there. We were inseparable.”

He paused and added, “I thank my lucky stars.”

In addition to her husband, her parents, who live in Exeter, N.H., and her sister, Ms. Adams leaves her two brothers, Hayward of Newburyport and William of Wayland.

Family and friends will gather to celebrate her life and her work at 11 a.m. May 18 in the Parish of the Epiphany Church in Winchester.

With Birdseye and two other women with whom they were close friends from CNN, Ms. Adams would take annual vacations: “hot tubbing in Key West, sea shelling in Sanibel, wine tasting in Napa Valley, hiking the vortexes in Sedona,” Birdseye said.

Ms. Adams “had this quiet intelligence that made you feel like she understood you and she loved you. She was a true friend — a true generous, generous friend. This is the kind of person you keep in your life,” Birdseye added.

“And she had such a great sense of humor,” Birdseye said. “She would always have the last laugh. She wasn’t always the loudest, but she was always the funniest, and in the smartest way.”

With Peter, Ms. Adams also became accomplished at cooking. They could be counted on for family gatherings, and they worked seamlessly together in the kitchen preparing meals. Peter said his father was always amazed “that A, we weren’t yelling at each other; B, we worked so well together; and C, we didn’t get in each other’s way.”

“We did everything together. We were equals in so many ways. It was a true partnership,” Peter said. “My father, who was the least sentimental person I knew, called us soulmates, and it was true.”

A celebration of WGBH Senior Series Producer Anne Adams’s life will take place Sat, 5/18 at 11am at the Parish of Epiphany in Winchester, Mass. In lieu of flowers, gifts in her memory may be directed to the Massachusetts General Hospital Cancer Center in support of colon cancer research and early clinical intervention. Gifts can be made online at massgeneral.org/donate or mailed to Meagan Coons, MGH Development Office, 125 Nashua St, Suite 540, Boston, MA 02114. Checks should be made payable to MGH Cancer Center, referencing “Anne Adams Tribute” in the memo line.

From Jon Abbott to all staff (via Mike Wilkins): 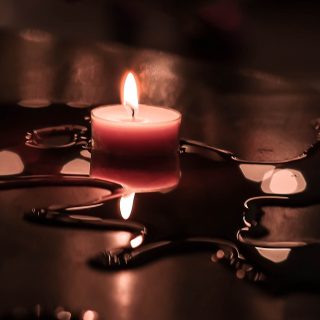 It is with deep sadness that I share the news of the passing of one our longtime colleagues. This morning our valued and respected friend and co-worker Anne Adams died after a long illness.

Despite her health challenges over the past several years Anne continued her work and impressive contributions to Studio Six as Senior Series Producer for Lifestyles and Special Projects. She played an instrumental role with many productions including Simply Ming, Lidia Celebrates America, Point Taken, Victory Garden, America After Ferguson and America After Charleston. She was an integral part of the Studio Six team, presenting station projects and numerous public affairs productions, a special interest of hers.

Anne joined WGBH in 1998, recruited from CNN to take on a producing role in Local Productions. She worked on a range of special programs including elections and inaugurations, as well as the Eye on Education series, and Greater Boston. She was among the group that developed The World radio program.

Over the past two decades Ann was recognized by her colleagues and supervisors for her commitment and dedication to the mission of WGBH and public media. She was someone who cared deeply about our work, was always willing to challenge herself and others, raising important questions and sharing thoughtful ideas. She truly had an impact, and this is a heartbreaking loss for the entire WGBH community.

We will share information about funeral arrangements when it becomes available. And we will make plans for a WGBH gathering to remember Anne.