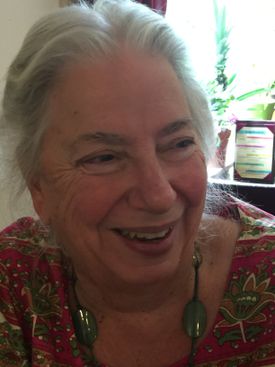 As Jane Doerfer revisited a cookbook she had co-written for a famous Boston restaurant – titling the 2003 sequel “The New Legal Sea Foods Cookbook” — she reeled off a guiding principle that could very well have been a mantra for her life.

“We wanted it to be simple, simple, simple,” she told the Globe then as she described the book she had written with Roger Berkowitz, the restaurant’s CEO (she had coauthored the earlier version with his father).

If a recipe “was delicious but had 85 ingredients, we cut it,” she added.

Granted, at times it seemed as if her life had at least that many ingredients, and maybe more. She wrote cookbooks and was a magazine food columnist. She taught cooking classes and for a time ran a Vermont inn. She had been a WGBH producer and an official with the Massachusetts Council on the Arts and Humanities.

When Ms. Doerfer died May 4 from complications of an infection, at age 78, she had lived for many years in an old house in Apalachicola, Fla., whose interior design was the fruit of her own musings and which she had largely remodeled herself.

Her books included “The Legal Sea Foods Cookbook” (with George Berkowitz), “The Victory Garden Cookbook” (with Marian Morash), and two titles for which she was the only author: “The Pantry Gourmet” and “Going Solo in the Kitchen.”

Ms. Doerfer had been a food columnist for Horticulture magazine, and her recipes appeared in numerous publications, including the Globe.

“I cook for myself because I like to eat well,” she once wrote.

“I also want to prepare economical meals that are good for me and are centered around seasonal food,” she added. “It’s as simple as that.”

For Ms. Doerfer, food was more than just sustenance. The dishes she prepared were an education, a way of expanding her family’s horizons.

“When I was a child, she would often plan out varied menus for our family meals, always making sure we tried at least one new food or recipe a week,” her daughter, Joanna, who lives in Jersey City, N.J., said in a eulogy at Ms. Doerfer’s memorial service this month.

“In her kitchen on Rutland Square, on a large blackboard near our family table, she would write the area of the world the cuisine came from, and then give my brother and I a mini lesson on that region,” Joanna added. “When I became a mother myself, I realized the time, attention, love, care, and effort that this showed.”

Lessons about the far-flung origins of meals Ms. Doerfer prepared reflected another of her passions. Along with writing about food, she for a time published “Going Solo,” a popular newsletter aimed at those who travel and vacation alone.

Thirty years ago, she told the Globe that hotels, restaurants, and tourism businesses paid little respect to those who vacation by themselves.

“The solo traveler is the stepchild of the travel industry,” she said in 1989. “Most of the literature put out for people traveling alone assumes either that they are timid first-time travelers or are looking exclusively for romance.”

As often as not, she added, neither was true — at least in her experience and from what others related about their own journeys. Those who go it alone, she said, tend to be travelers seeking “new experiences and communication with other human beings.”“I’ve traveled as a couple and I’ve traveled alone, and it’s very different,” she said. “So many things are geared to couples.”

The older of two sisters, Jane Antoinette O’Day was born in 1941 in Portland, Ore. The family moved to Belmont when her scientist father left Reed College for the Massachusetts Institute of Technology.

Her father was Marcus O’Day and her mother was Marie Parenti, a librarian.

Ms. Doerfer, who graduated from Belmont High School and Mount Holyoke College, was married to Gordon L. Doerfer, who retired about a dozen years ago as a Massachusetts Appeals Court associate justice.

They had two children and their marriage ended in divorce. Their son, Andrew, now lives in Los Angeles.

“When Andrew and I were growing up, she wanted us to be intellectually curious. She wanted to teach us history and culture — but always in an accessible way,” Joanna said in her eulogy.

“On any given day, on any given car ride, she would point out the various types of architecture we saw and identify them, or tell us a bit of history about a town we were visiting,” Joanna added. “She was always reading and researching and forever interested in learning something new.”

That curiosity carried Ms. Doerfer through her wide-ranging career, which at one point included running the Green Trails Inn in Brookfield, Vt.

A fan of many kinds of music, Ms. Doerfer went to Broadway musicals in New York City and “brought me to see amazing once-in-a-lifetime concerts: Tina Turner in London, Earth Wind & Fire in Las Vegas, and Ray Charles in Mississippi,” Joanna said in her eulogy. “She brought Andrew and I to the Boston Pops on July Fourth, and to Tanglewood in the summer.”

And yet, Joanna added in an interview, her mother “was very modest. You might not necessarily know, if you met her, the breadth of her career. She’s had so many different parts of her career, but they all tied together in the beauty of everyday living.”

Ms. Doerfer had built her career as a cooking teacher, food writer, and author by starting out as a self-taught cook, which may have informed her disciplined approach.

“Make a list and do menus,” she told the Globe in 2003. She kept shelves of staples at the ready. “I like to cook as freshly as possible,” she added, “so I always have fresh herbs on hand.”

She created many of the recipes for the two Legal Sea Foods cookbooks, published 15 years apart, and tested them all. And she reminded those who prepare fish that, like meat, it initially keeps cooking after being removed from the heat. Overcooking is common. “You have to take it off before it’s done,” she advised.

In addition to her children, Ms. Doerfer leaves her sister, Marcia Landau of Los Angeles, and two grandchildren.

During her many years in Greater Boston, Ms. Doerfer had lived in Cambridge, the South End, and Brookline before moving to Florida about 25 years ago.

“Some people say you can’t buy serenity, but I know better,” she wrote about her home in Apalachicola for House Beautiful magazine in 1995.

She moved a 19th century house onto the site of an abandoned cypress mill, passed along her interior design ideas to an architect whose work she admired, then cut the projected remodeling costs in half by acting as her own contractor. “I ended up with the house of my dreams,” she wrote.

“The words my first-time visitors use — magical, beautiful, peaceful, serene — confirm my not unbiased opinion.”