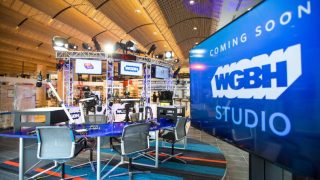 The Boston-based public radio station Tuesday announced plans to open a downtown Worcester bureau to expand upon its coverage of the city and county at large this coming spring.

“Worcester has a significant impact on the economy and culture of the Commonwealth, and we are thrilled to increase our on-the-ground presence there,” Jon Abbott, president and CEO of WGBH, said in a statement. “Across Massachusetts, audiences consistently turn to WGBH News as a trusted source of local news and analysis. With WCAI on Cape Cod, New England Public Media in Springfield, and WGBH in Boston, we now have the largest footprint for news in the Commonwealth and are committed to sharing the important stories vital to the lives of our citizens.”

Once the home of The Worcester Telegram & Gazette, 27 Federal St., where the bureau will open, now houses Quinsigamond Community College’s Healthcare and Workforce Development Center, the Worcester PopUp!, the Worcester IdeaLab, and others, according to the station.