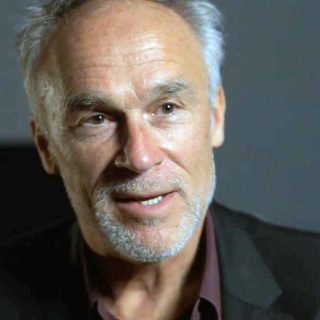 After 22 years with American Experience, including 16 years as Executive Producer, Mark Samels is retiring from WGBH this month.

Mark was only the third executive producer to lead the series. During his tenure, Mark oversaw the production of more than 130 films, expanding both the breadth of subjects and the filmmaking style embraced by the series, which allowed for more contemporary topics and witness-driven storytelling.

Under his leadership, the series won nearly every major broadcast award, including multiple Emmys, Peabodys, and several Writers Guild of America Awards. In 2015, the series also earned an Academy Award nomination for Best Documentary Feature for Last Days in Vietnam. Among other standout films produced under Mark’s tenure were Woodstock: Three Days that Defined a Generation, Freedom Riders, Command and Control, Oklahoma City, The Murder of Emmett Till, and My Lai.

“I always felt greatly privileged to work for American Experience, a series that exemplifies the highest standards of filmmaking craftsmanship, historical accuracy, and journalistic integrity,” says Mark. “I will deeply miss the many talented people I was lucky enough to get to know and work alongside for so long.”

VP for National Programming John Bredar notes, “Mark brought serious intellectual heft—and a keen sense of entertainment—to every American Experience film. He has an uncanny sense of history—what was consequential then and is deeply relevant now. We will miss him and wish him all the best.”

Senior Producer Susan Bellows steps up as Acting Executive Producer, bringing continuity based on her lengthy and substantive role as a leading editorial force for American Experience. Her decades of experience include producing and directing the Primetime Emmy Award-winning JFK, which premiered on American Experience in 2013, and writing, directing, and producing The Bombing of Wall Street, which premiered on the series in 2018.

Previously, Susan served as senior producer for the Peabody and Emmy Award-winning series Africans in America. Her other producing credits include films for The Great Depression, for which she received an Emmy nomination, and America’s War on Poverty, both productions of Blackside, Inc.