WGBH today announced new branding, dropping the broadcast-centric “W” from its name and adopting a new logo. Going forward, the organization will be known as GBH. 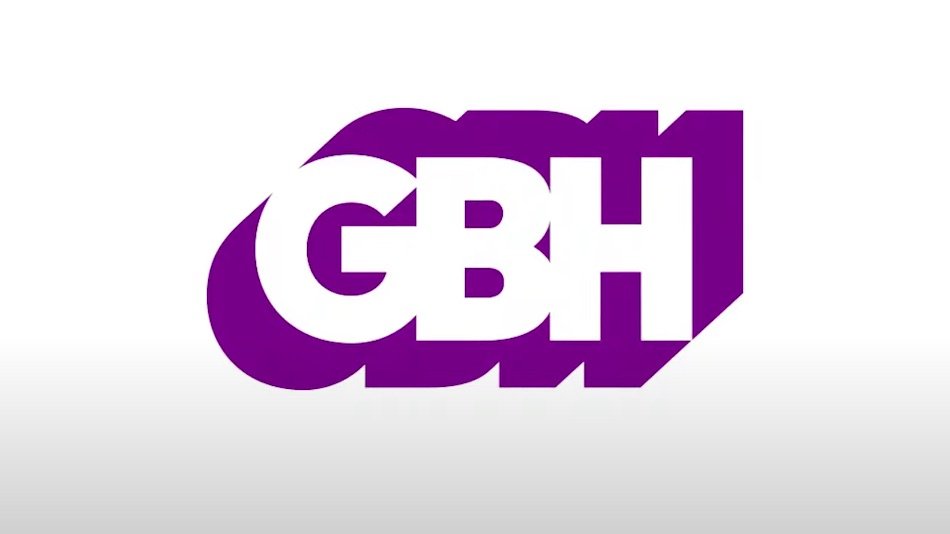 For nearly 70 years, the W in WGBH’s call letters reflected that it was a broadcast licensee east of the Mississippi River (while most licensees on the west side have call letters beginning with a K). But with more than half of its audience impressions coming via digital platforms, the public media pioneer dropped the “W” to better reflect its leadership in the new media environment.

The new logo retains the look of the iconic ‘drop shadow’ that Chermayeff & Geismar originally designed in the early ‘70s. The font will change to the clean and modern Red Hat, which functions better digitally. The iconic audio mark, also known as the sting, or the sound that audiences hear at the end of GBH-produced content, will not change. The new primary brand color will be a vibrant, digital-first shade of purple. Equality, wisdom, empathy, creativity and resilience are all associated with purple and align with GBH’s core brand values.

“While our name is changing our mission remains the same: to harness the creative spirit and reach of public media to deliver compelling experiences, stories and information to audiences, wherever they are,” said Jon Abbott, president and CEO of GBH. “Our vision is to be a pioneering leader in media that strengthens, represents, and serves our community, fostering growth and empowering individuals.”

To change with the times, WGBH drops its ‘W’ and pivots to purple

WGBH in Boston is removing the “W” from its branding to become “GBH.”

The new branding, which includes a color and font change, will be unveiled across platforms this week. Among other updates, WGBH News will become GBH News and 89.7 WGBH will be GBH 89.7.

Credits for national programs produced by the station, including American Experience, Frontline, Nova, Antiques Roadshow and This Old House, will also change.

The brand refresh accommodates the broadcaster’s evolution beyond television and radio, said Tina Cassidy, chief marketing officer. More than half of the station’s audience impressions come from digital platforms, Cassidy said, so the goal is reintroducing the brand to a wider audience, especially younger consumers.

Cassidy said that when she joined the station last year, she didn’t intend at first to push for a change to WGBH’s brand. She grew up in the New England area and was familiar with the “Channel 2” branding that accompanied some of the station’s services. But in her first few months on the job, she noticed that audience members were confused about the station’s offerings in the streaming era. The change gives the station a chance to show audiences its additional services, she said.

“I realized that our brand had become somewhat diffuse,” Cassidy said. “Many people did not have a clear sense of what we did or who we were. Were we TV, were we radio, were we a national producer? It had become somewhat confusing. The real underlying rationale behind this brand refresh was to embrace the aspects of our brand that people know and love, while also sending a very clear message about the future, about where we are going.”