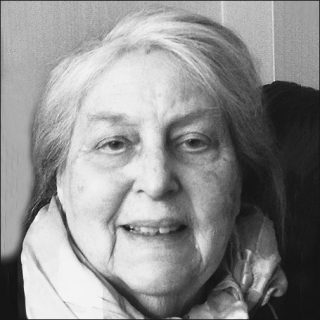 The GBH community notes with sadness the passing of former GBH Producer Sylvia Davis, who died Mon, 8/24. She was 93.

Sylvia worked at GBH from 1970 to 1980 and began her GBH career leading Public Relations, managing marketing and promotion for such national shows as EVENING AT POPS and ZOOM.

She received multiple Emmy awards as a producer of local and national programs for the station, including DANCING DISCO, DISCO DAZZLER, and THE CLUB, a groundbreaking news magazine show.

Sylvia gave her take on what makes GBH unique in this New York Times article from 1976.

Donations in her memory can be made to the Alliance for Women in Media atwww.allwomeninmedia.org. The family also plans to create a local scholarship in her name.

An innovative force at WGBH during the height of Channel 2’s prolific contributions to national public television, Ms. Davis died on August 24.

A leading influence at WGBH, Ms. Davis began her Boston television career leading Public Relations at the station, responsible for marketing and promotion for national shows including Evening at the Pops, Zoom, and others.

She later received multiple Emmy awards as a producer of local and national programs for the station including Dancing Disco, Disco Dazzler, and The Club, a ground-breaking news magazine show.

Ms. Davis hosted several luminaries at her home in Brookline during her tenure at WGBH as well, including Eleanor Roosevelt, Garrett Morris, and Julia Child. Sylvia was an active inspiration to women in television and developed grants for the advancement of women in the industry.

Ms. Davis is survived by her sons Scott and Matthew, her grandchildren Kelsey, Mikaela, and Alexander, and her sister Jeanne Ternullo. Interment will take place at the Chestnut Hill Cemetery in Brookline on Monday, August 31. Donations can be made to the Alliance for Women in Media at www.allwomeninmedia.org A local scholarship in her name will also become available. www.cotafuneralhomes.com

According to Sylvia Davis, the creative director for WGBH, the station’s success results from an atmosphere that fosters innovation, combined with an ambitious fund‐rising arm. “People are able to shape themselves here,” she said recently.

“There is a respect for eccentricity here that encourages people like Julia Child [of “The French Chef”] to develop. It is not as though we sensed a great need for a cooking show—but here was this potent woman with an obvious need to share her talent.”