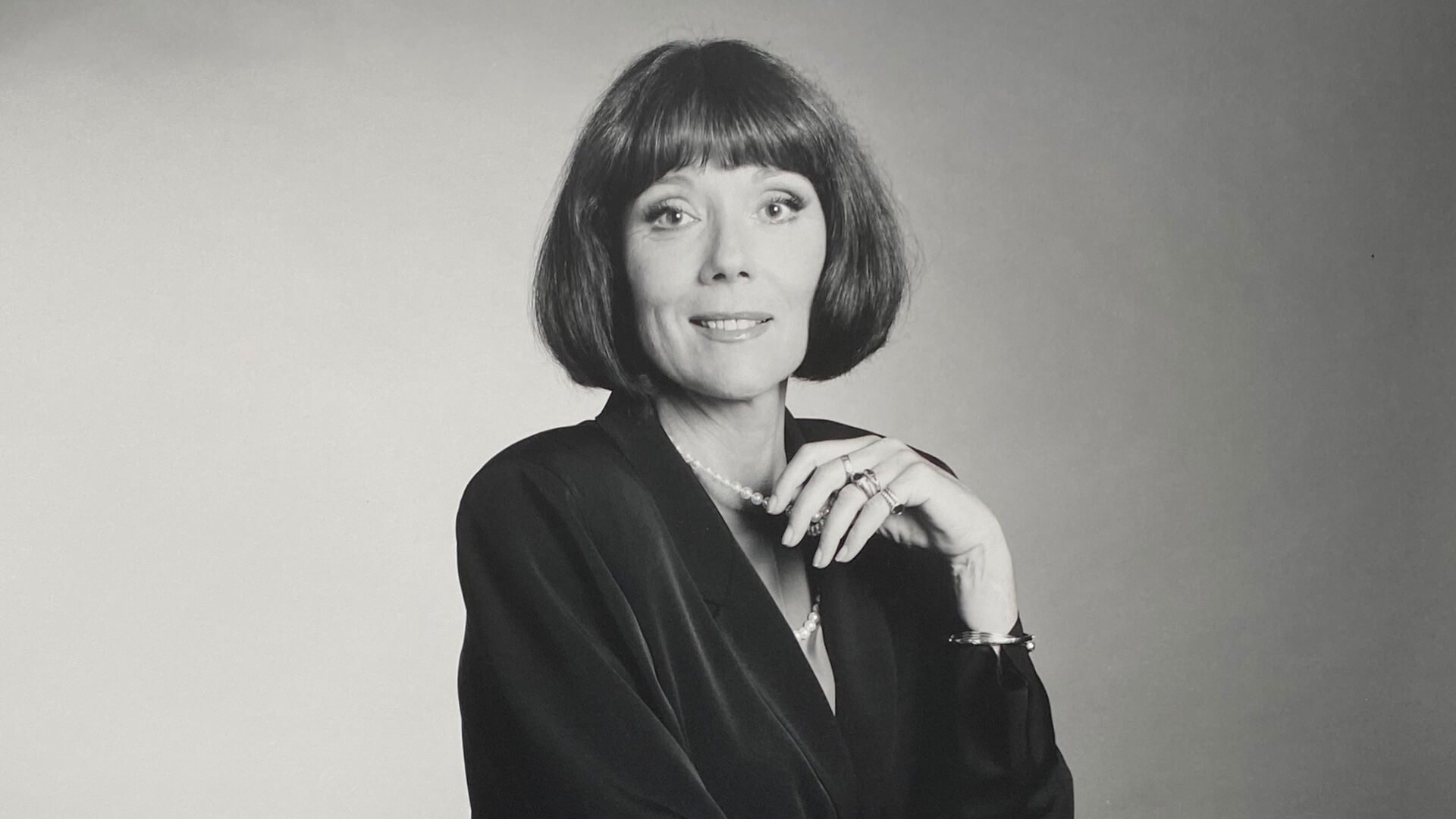 Actress Dame Diana Rigg, famous for roles including Emma Peel in TV series The Avengers and Olenna Tyrell in Game of Thrones, has died at the age of 82.

Her daughter, actress Rachael Stirling, said she died of cancer, after being diagnosed in March.

“She spent her last months joyfully reflecting on her extraordinary life, full of love, laughter and a deep pride in her profession,” she added.

Wherever Ms. Rigg went, honors seemed to follow. She received the 1994 Tony Award for best actress in a play for her performance in the title role of “Medea.” In London she had already received the Evening Standard Theater Award for the same role, an honor she received again, in 1996, for both Edward Albee’s “Who’s Afraid of Virginia Woolf” and Bertolt Brecht’s “Mother Courage and Her Children.”…

Her most notable British screen award was a 1990 best actress honor from Bafta, the British film and television academy, for “Mother Love,” a BBC mini-series in which she played a murderously possessive parent. From 1967 to 2018 she was nominated for nine Emmy Awards, including four for “Game of Thrones.” She won in 1997 as best supporting actress in a mini-series or special for her role in a British-German production of “Rebecca,” based on the Daphne du Maurier novel.

The MASTERPIECE team was saddened today by the news of Dame Diana Rigg’s death. She was an integral member of the MASTERPIECE family, including 15 years as the host of MYSTERY!, where her elegant introductions made an indelible impression on U.S. audiences.

She won an Emmy for her performance in Rebecca, dazzled audiences in Mother Love, Bleak House and in her recent star turn in Victoria.

In January, 2021, audiences will see her in All Creatures Great and Small in the role of the eccentric Mrs. Pumphrey.

A grande dame of British drama, Diana was one of a kind and we will miss her.”

Remembering Diana Rigg today. I found this wonderful Sandy Leonard photo! Believe that’s also Chas Norton in the background!
I remember seeing Diana in the scene dock and in Studio A during taping. So long ago! 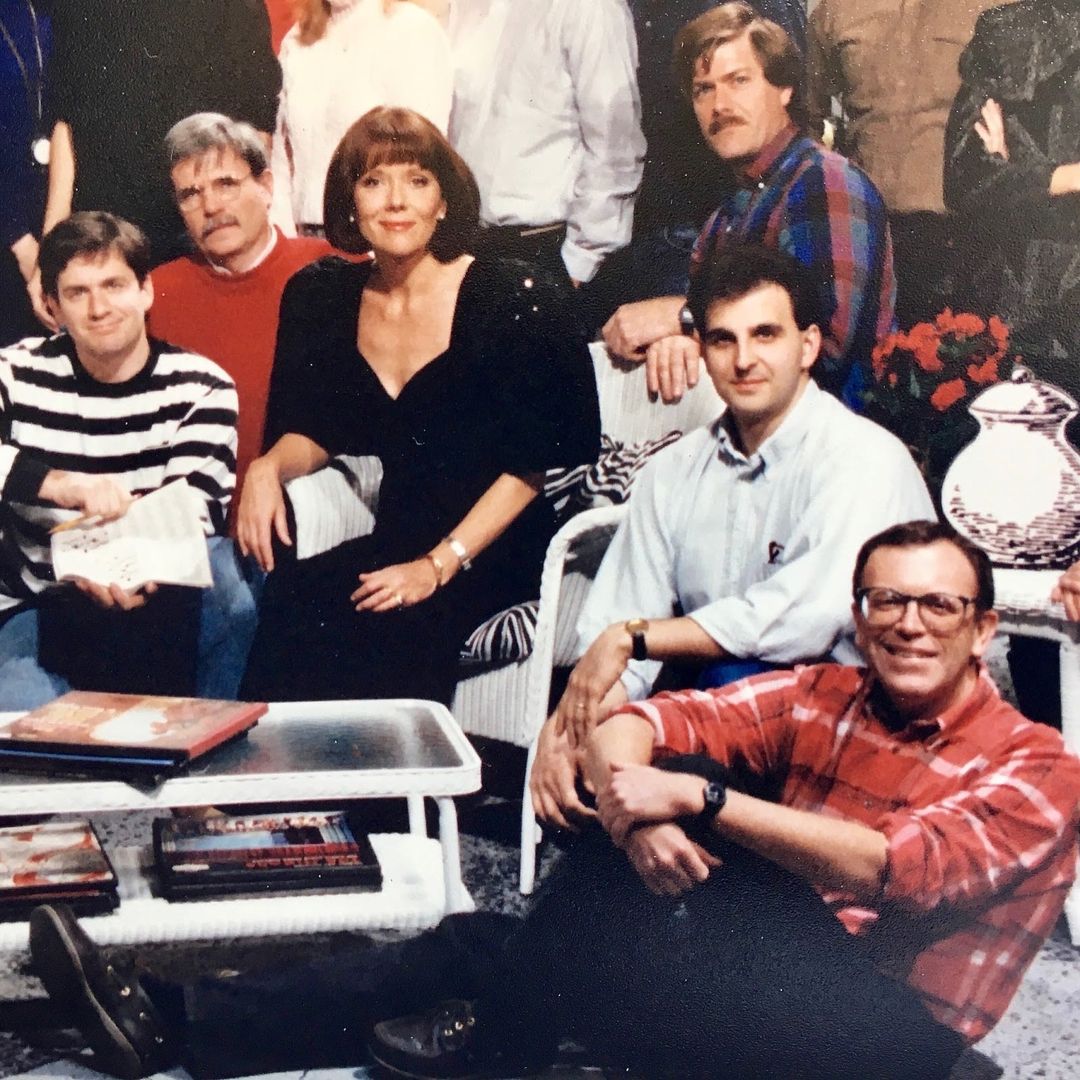 Christine Simpson Lear: I remember how the scene dock and both studios were off limits when she was at WGBH! No surprise that the charming Mark Duffield somehow got through. Lucky Diana!

Mark Duffield: I was lucky. The studio and master control were locked down tight. The Green Room and path to the studio had not been closed off yet. I can’t even remember why I was down there. It was not to see her, but a lucky encounter. Early in my WGBH days I also got to meet Vincent Price twice. Once in the scene dock and another they were shooting a promo with him in the Public Garden…probably with John Kerr. Alistair Cooke I saw in the hallway at 125. The one I really wanted to meet and tried and failed was Russel Baker as he was a Nantucketer.

Mary Toropov: I remember standing on the scene dock with Vincent Price when he lit a cigarette and set off the fire alarm!

Denis O’Neill: I wrote some host copy for her for some of the fundraising segments. She was lovely and fun and put everybody at ease.

Chas Norton: Young indeed. She was always on her game. RIP.

Michael Scannell: I too ran into her in the hallway leading to the scene dock. I was on my way to the smoking Lounge back when there was one. Now everyone looks tall from my perspective but boy was she tall. She was dressed in her red Satin dressing gown with the Mystery logo and black stockings and 4-inch pumps. We had a brief conversation about Patrick McNee and George Lazenby. She was gracious and wonderful and everything you’d want her to be. RIP.

John E. Ruffle: Blessings to you Diana, may you rest in peace. I know you did the RSC at Stratford-upon-Avon and everything else, but for me, you always remain my one beloved teenage heartthrob icon: Emma Peel.

Deborah Gibbs: She was classy, charming, witty and bawdy. When she would flub a line she’d say “Oohhh, fish hooks!”.

Sue DeMarco: Years ago I was working at an entertainment dotcom and got her London number from the “Mystery” team so I could try to secure a live online chat. The nice woman who answered the phone expressed her regrets that Dame Diana was not present to take my call as she was salmon fishing in Scotland. I’ll bet she cut a dashing figure, waders and all.

Elaine Coolbrith: I remember a frantic phone call with her when she could not find her VISA and was due to fly over the next day. We realized she had been issued a new passport and the VISA was in the old one and still valid. Crisis averted and she was just so gracious.

Kevin Kalunian: I am especially grateful to the entire Mystery family, WGBH, and to Dame Diana Rigg. She spoke perfect English to the crew and led by example. However, she was not afraid to show off her knowledge of profanity when it was called for, sometimes. Today, the world is a little lonelier without her at the helm…Crushed!

Laura DiMeo: Had the pleasure of crewing as both scenic and lighting crew for Mystery. She was charming, and the epitome of professionalism; treating her crew with kindness and respect. Great to see that shot of Chas, Chuck Eldridge, and Wayne Simpson with her. Keep a studio stage light burning for her please.

Cynthia Broner: I was Diana’s hand holder at a donor event—likely the one mentioned by Susan Galler. She was incredibly gracious. When I told her I was at her beck and call and offered to get her food or drink, she was appalled that I would wait on her. So unlike other celebs I encountered in those happy days….

Susan Galler: Yes that was the event I was referring to. It was such a hoot to see all the men going crazy over Enma Peel.

Carla Marshall-Waggett: A very long-time fan, I was working in the Interactive Dept. in 2000 and fortunate enough to meet Ms. Rigg while photographing the VR tour for Mystery! Can’t believe that was 20 yrs ago. RIP Diana.

Annie Valva: Diana was one of the first celebs who agreed to have us try out our QTVR on set! Circa 1998. She was classy and a good sport. ❤️

Syrl Silberman: She was so beautiful. 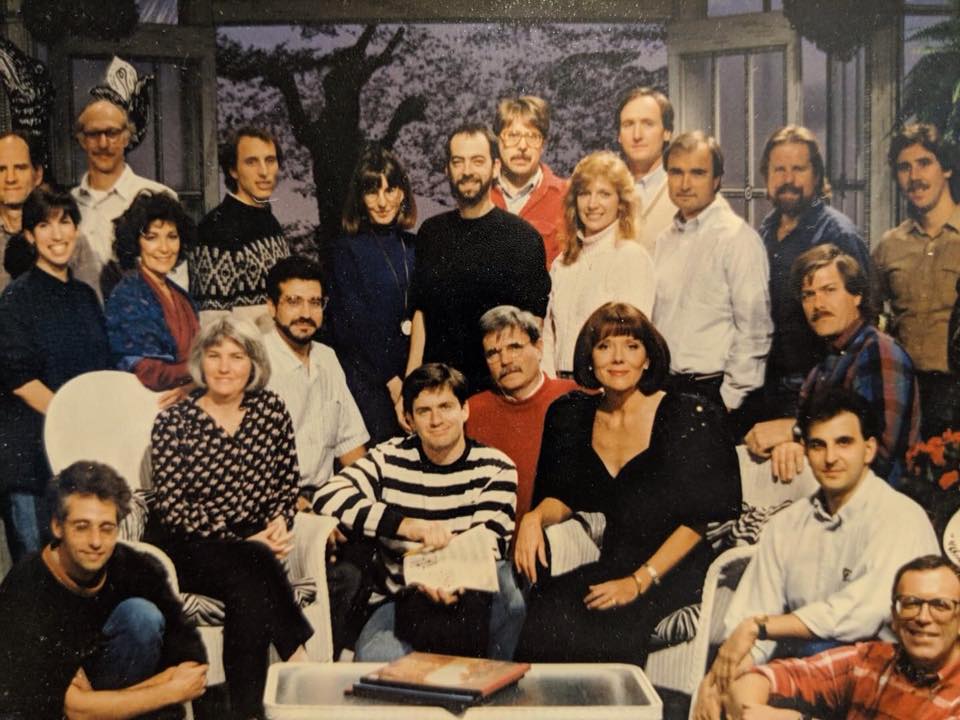