“Molly of Denali,” the groundbreaking PBS Kids series produced by Boston’s GBH, won two major awards in its first season: a Peabody and the 2020 Television Critics Association award for outstanding achievement in youth programming. The “Molly of Denali” podcast proved equally popular, with the second season arriving just this week… 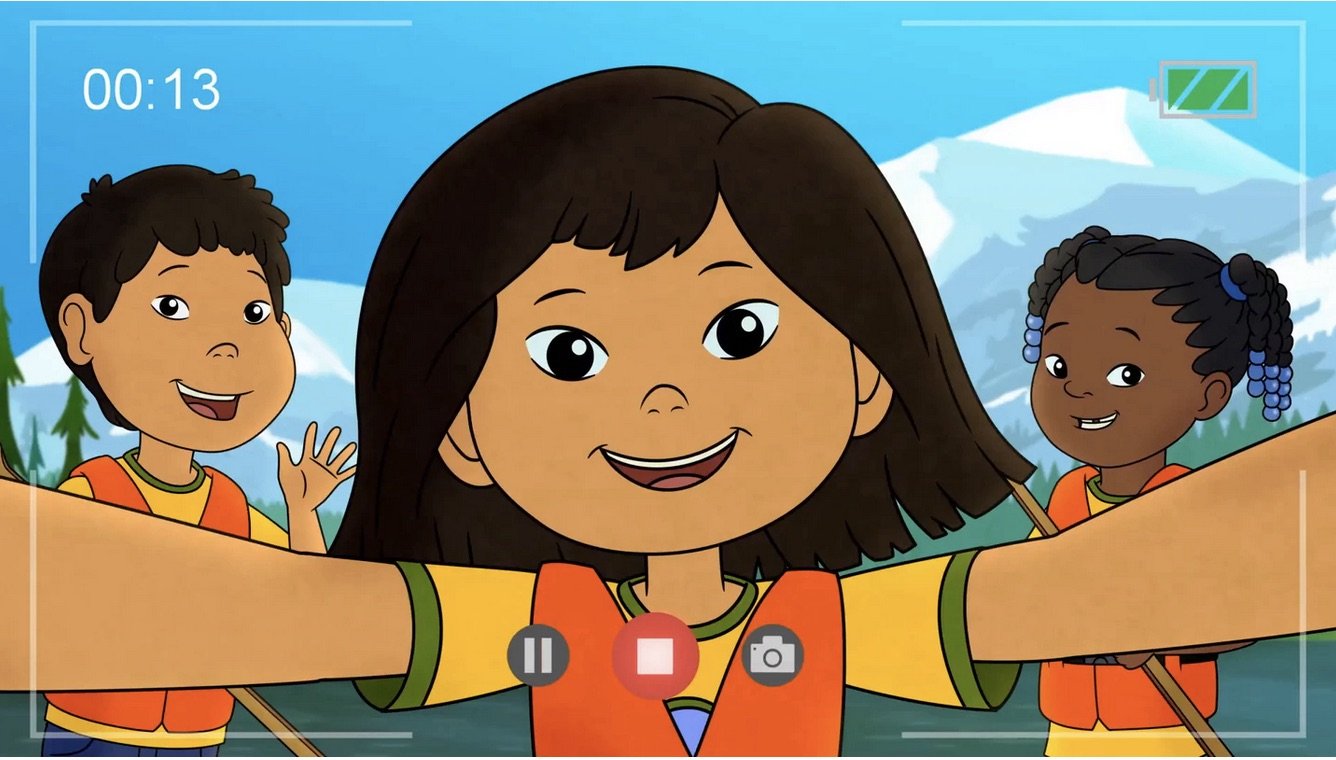 The series is the first nationally-distributed children’s series to feature a Native American lead character, according to GBH. The franchise stars Molly Mabray, a resourceful 10-year-old from the Gwich’in/Koyukon/Dena’ina Athabascan tribes, who lives in the fictional village of Qyah. Molly helps her parents run the Denali Trading Post, assisting tourists, trekkers, and scientists. She might ride along in Mom’s bush plane or make deliveries via dog sled….

When the “Molly of Denali” television series premiered in 2019, an Alaska Native traditional drum group played the launch party in Fairbanks, Alaska.

Princess Daazhraii Johnson, creative producer of the series and a member of the Neets’aii Gwich’in tribe, watched her two sons, then 8 and 4, dance to the beat.

“I’ve never seen them take so much pride. They danced so hard,” Johnson, 46, recalled recently with a laugh. “There were even non-natives — these little white kids were next to me totally dancing. It was like, wow, this is such an amazing validation, because I did not have this as a child.”…

GBH developed the show with a group of Alaska Native collaborators. Every Indigenous character is voiced by an indigenous actor. Molly is voiced by 16-year-old Sovereign Bill, a member of the Tlingit and Muckleshoot tribes.

One of the show’s goals is to authentically portray “Molly’s life and the lives of many indigenous peoples and culture in Alaska,” says GBH Executive Producer Dorothea Gillim, who lives in Lexington. “Portraying a modern village girl is important just because that has been so invisible in the media.”…

When the show won the Television Critics Association award in September, Johnson said, it was a “wonderful acknowledgment that our Alaskan Native values matter, [that] telling our stories from our perspectives matter.

“We put so much heart into this series from the very beginning,” she continued, “just grounding it in our Alaskan Native culture and values and … acknowledging that there’s been a lot of hurt in the past with how the media has repressed and misrepresented us indigenous people.”