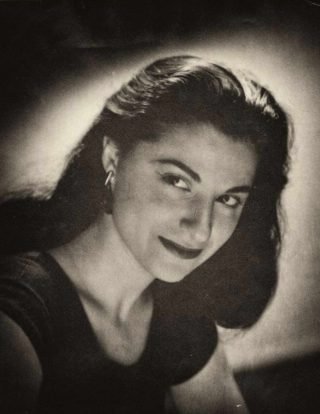 Claire Mallardi was involved with the Dance Workshop that used to be part of the Foundation. I worked with her from time to time when she needed lighting help. And she was married to early WGBH director Ed Shearer.

Ed was working in Cuba when Castro took over. He got kicked out and Dave Davis gave him a job at WGBH. Ed had directed the McCarthy hearings when he was 22 years old. He did a number of science shows and eventually ended up exec, producer of NBC’s big science show on Saturdays.

Claire was just starting at Harvard/Radcliff dancing and teaching. Claire was also part of the vast dance companies that the workshop recorded (thanks to Nancy Mason Hauser) and was an important figure in the Boston art scene.

Stepping into the inspiring beauty of the old Radcliffe College gym, Claire Mallardi took her customary place front and center — the air silent, her students transfixed.

“When she walked into each class it was like nothing I have ever seen since,” said Rika Burnham, a former student.

“It was as if her feet pulled these forces out of the ground, and her hands and arms extended into the universe, and her torso was electrified with energy. She would stand there, summoning these forces, and then suddenly she would click her fingers and the music would start.”

A legendary teacher who founded what is now Harvard University’s dance program, Ms. Mallardi was 91 when she died Oct. 2 in Mount Auburn Hospital…

During some four decades of teaching at Harvard, Ms. Mallardi helped pioneer the recognition of dance as an academic discipline at universities nationally, where before the pursuit had been almost solely the province of conservatories and schools for the performing arts.

“An artist to the core, she had vision—of what she could realize artistically and of what her students could be and do. Claire had a clear eye for what worked on stage, and a fierce insistence on making her students see and move beyond their own expectations. She turned the old Radcliffe Gym into a dance studio and stage where space and time were the materials for creative thinking and expression and imaginations could soar.”

– Myra Mayman, Former Director, Office for the Arts at Harvard