Note: clips from many of these programs are viewable at Open Vault.

I realize in my doddering years that I have had a great life and did many great things career-wise. Although being co-creator of “Art 21- Art in the 21st century” was/is an amazing success story world-wide, I remember the projects at the WBGH New TV Workshop as the most exciting. I felt I was part of ground-breaking efforts with video artists and choreographers. 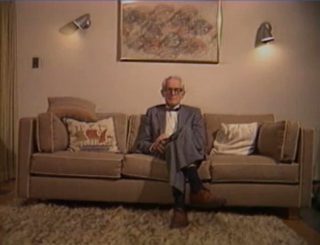 One of the most unique was with Bill Viola called Reverse Television. It did not have a big impact but it was conceptually one of the most innovative. Bill had the idea of portraits of viewers – one minute shots of viewers in their homes watching TV. They would appear untitled and uncredited between other programs looking like portraits. He did 42 of them. Each person was told to be still but not frozen. He also heightened the ambient sound. These were difficult to convince WGBH to broadcast. I finally went to Henry Becton who gave permission to broadcast them in the evenings for two weeks, but felt 30 seconds each were enough. 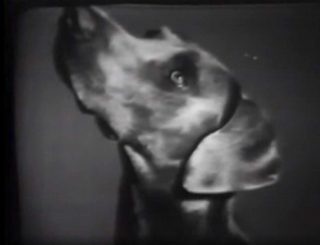 Other unusual projects were with video artists such as Peter Campus who I consider the most historically important video/television artist who understood the real nature of video and television. This was also true of many other video artists like Nam June Paik, William Wegman, and Bill Viola.

I also loved working on what we called — then – video dance (or dance for camera). I especially remember working with Trisha Brown (a giant … a major choreographer of the late 20th century/early 21st century). Here, I must mention the great help Fred Barzyk gave to me, a neophyte producer.

We also did significant “video dance” with Dawn Kramer, Ruth Wheeler (oh how can I forget those cold mornings, dancing on rocks, vaseline on the lens director Rick Hauser, on Long Island In Boston harbor!), Meredith Monk with great assistance from Ping Chong during the nightmarish editing process of “Turtle Dreams” (our co-producer did not correctly sync the numbers!).

I also loved working with choreographer Marta Renzi. Our first production was “You Little Wild Heart” to music by Bruce Springsteen and a mixed cast of trained and untrained dancers (local teenagers) shot day and night on many streets, alleys, automobile dealerships, porches — to name a few. The next production, “Mountain View” included John Sayles as co-director with Marta, actress Jane Alexander, her son Jace Alexander and a great crew of dancers. It was shot in Nyack, NY at a place that looked like a run-down Summer resort. Marta is a genius at portraying real people, real lives through dance. 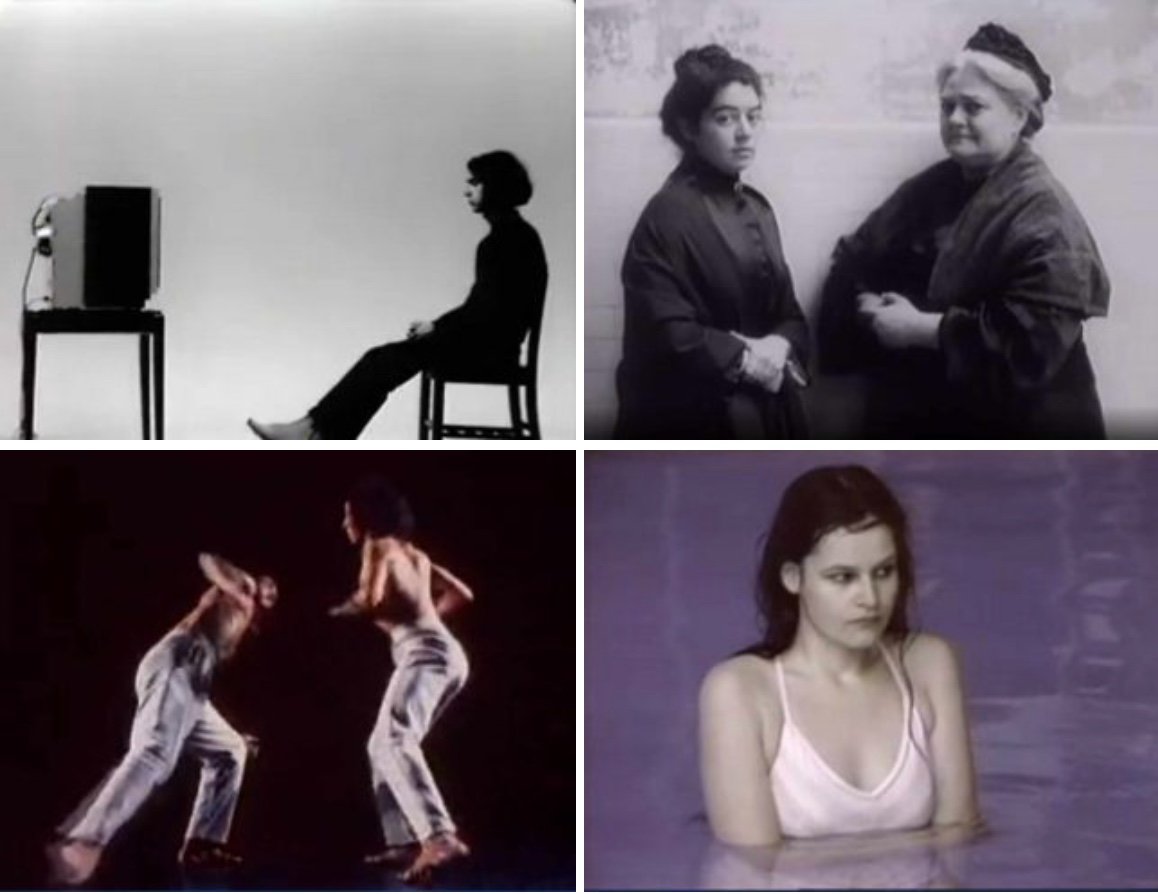 Stills from programs produced for the New Television Workshop

My most successful “video-dance” projects were with the brilliant Charles Atlas as co-creator, director, and editor on many productions. These include “Ex-Romance” with choreographer Karole Armitage shot all over Providence, RI, with exceptional help from the T. F. Green International airport that let us do anything in the airport, on the tarmac, including dancing on the wing of an airplane! Other amazing productions with Charles Atlas were with the unique and marvelous choreographer Douglas Dunn. My favorite was “Secret of the Waterfall,“ shot on Martha’s Vineyard in various locations and also included poets, Anne Waldron and Reed Bye.

Also extraordinary was “As Seen on TV” with Bill Irwin which was shot in NYC with scary moments like falling out of windows, dancing with fire, a huge cast and dozens of contracts. Other Charles Atlas productions included a great program that shocked PBS and likely WGBH, titled “Son of Sam and Delilah” starring dancer/performance artist and singerJohn Kelly. (PBS complained it was too violent. It was a time when gays were dying daily and Sam Berkowitz and his dog were killing people).

Another sterling production — a co-production with Channel 4 in London — titled “Hail the New Puritan” with amazing choreographer and dancer Michael Clark (plus visual designs, costumes by the legendary Leigh Bowery). My assistant, the heroic Jackie Pine, was a fantastic partner in all these productions!

“Poetry Breaks was a series I also produced but Leita Lucchetti deserves full credit for this distinguished series of short poems read by the poets.

Also new and unprecedented was the relationship of The WGBH New Television Workshop with the Institute of Contemporary Art (Boston). The CAT Fund was developed when David Ross was Director of the ICA (and I was executive Director of the WGBH new TV Workshop).

The CAT Fund, short for the Contemporary Art Television Fund (which was not actually a fund!) commissioned artists to create new work for museum exhibition at the ICA and broadcast on WGBH. We appointed Cathy Huffman to lead this new idea. Major artists commissioned were Tony Oursler, Laurie Anderson, and others.

Broadcast on the series “New Television” was “As If Memories Could Deceive Me” by Marcel Odenbach, “Ganapati” by Daniel Reeves, “I Do Not Know What It Is that I Am Like,” by Bill Viola, “O Panama” by Burt Barr, “Storm and Stress,” by Doug Hall, and “Damnation of Faust: Will-O-the-Wisp” by Dara Birnbaum.

“Alive From Off Center” (KCET in Minneapolis/St. Paul) included CAT fund productions: “The World of Photography” by Michael Smith and William Wegman, and “What You Mean We?” by Laurie Anderson.

I could go on and on, but WGBH should be proud that The WGBH New Television Workshop did the most innovative, experimental, and historically important work ever done on television and this work has had significant impact on the participating artists and their careers.