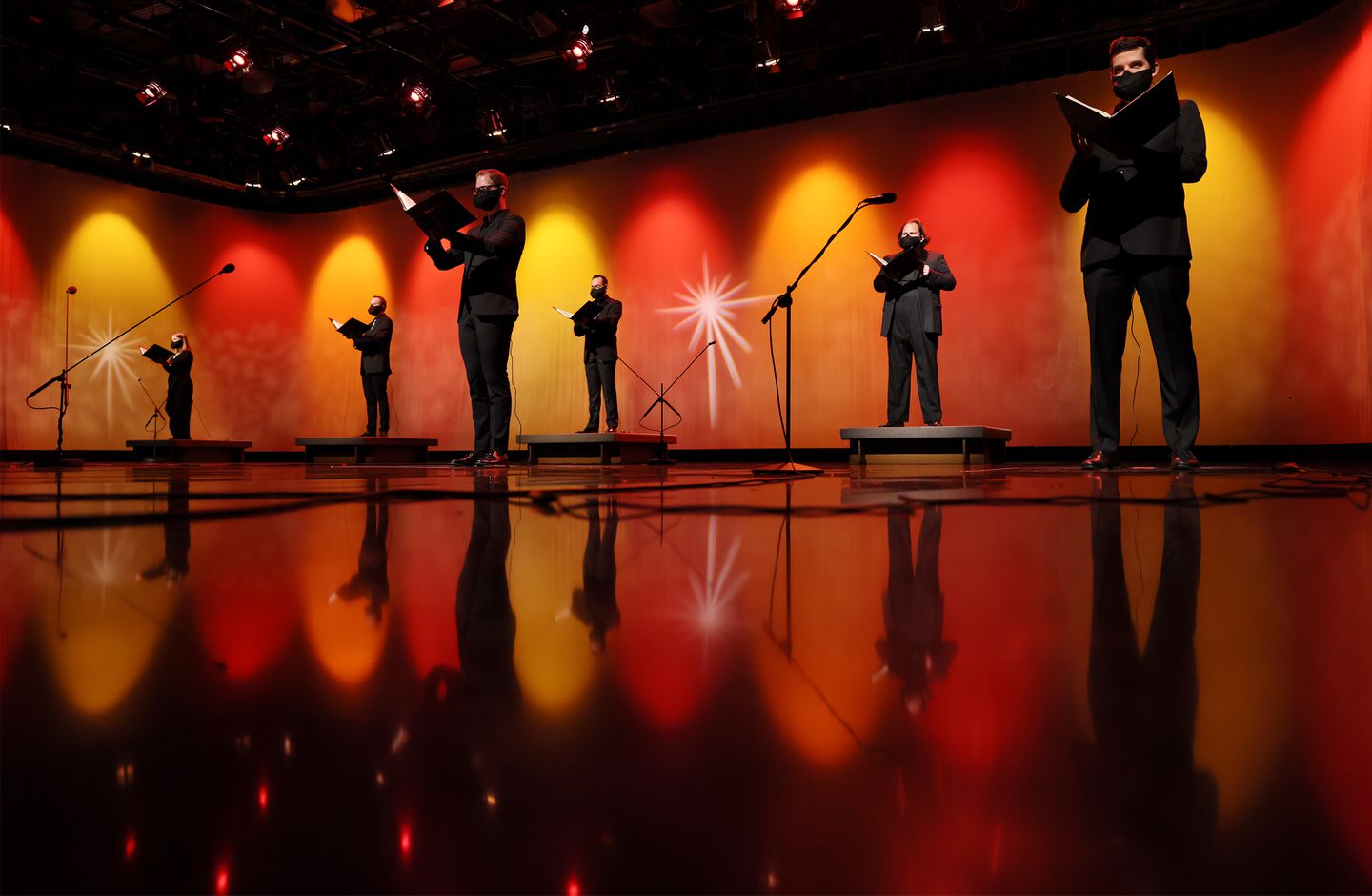 They’ve been through a lot together, The Handel and Haydn Society and its namesake George Frideric Handel’s “Messiah.”

In the centuries since, H+H has often performed the storied oratorio, including, for the past 166 years uninterrupted, annual holiday performances that have sustained Bostonians through the Great Depression, two World Wars, 32 presidencies, the Civil War, and the Spanish Flu pandemic.

But this year, of course, was bound to be different: Not only has the state placed strict restrictions on indoor concerts, but singing itself — the beating heart of the oratorio — is verboten at many indoor venues.

“There was not a song to be sung in the entire state,” said David Snead, president and CEO of H+H. “Our challenge was to come up with a way to do it safely.”

Snead began casting about for ways to present the beloved work, eventually approaching Anthony Rudel, general manager for music at GBH. Snead described H+H’s performance tradition of “Messiah.” He wondered how they might stretch their streak to 167 years.

So it was that after months of planning, eight H+H choristers arrived at GBH’s Brighton studios on a crisp November morning to record “Handel’s ‘Messiah’ for Our Time,” a slimmed-down, socially distanced joint production set to premiere Sunday, Dec. 20, at 7 p.m. on GBH 2.

The hour-long broadcast, which will also be available to stream online, features a 10-piece instrumental ensemble, four solo singers, and 16 chorus members performing Part One of Handel’s “Messiah” as well as the “Hallelujah” chorus.

In its bid to win state approval, the production brought on a pair of infectious disease specialists to craft safety protocols. Musicians would wear concert dress from home to bypass the studio’s dressing rooms. There would be regular temperature checks, frequent breaks to exchange the studio’s air, and, of course, ample social distancing.

Members of the Handel and Haydn chorus prepared for their recording session last month at GBH.

There would also be separate recording sessions for the instrumentalists, chorus, and trumpeters.

Earlier that week, associate conductor Ian Watson had led the instrumental ensemble and soloist singers through their portion of “Messiah,” laying a foundational track upon which sound engineers would later layer the chorus.

Now, however, Watson sat in a sound booth far removed from GBH’s Calderwood Studio, listening in as the chorus members sang before a crowd of robotic cameras. The performers wore specialized “singing masks.” Small earpieces delivered portions of Watson’s previously recorded “Messiah,” as video of his performance played on monitors placed throughout the darkened studio.

“There’s an audience out there,” a technician said over the sound system, reminding the choristers to stand straight at their marks.

“Robot audience,” quipped one from behind his mask.

And with that, the eight chorus members launched into what sounded like an a cappella version of the work.

“We desperately miss the audience,” contralto Emily Marvosh said during a break. “To not have that energy flow is a huge deficit. It really feeds us so much.”

The same could be said of the instrumentalists, who are normally in musical conversation with the chorus. Here, however, it was up to the choristers to adjust to the earlier performance, maintaining the timing and emotional consistency of a live performance through recording sessions that spanned several days.

“It’s completely the opposite way around the way we normally do it,” said Watson, who also plays keyboard for H+H. “This layering textures on top of each other, one has to be very careful.”

That layering — a common technique in pop music — will be essential to endowing the broadcast performance with the sonic depth and sparkle audiences have come to expect, said lead engineer Antonio Oliart Ros.

Even so, “Messiah” brought its own challenges.

The key, he said, was the separate video recording of maestro Watson, creating both an audio and visual foundation for subsequent recording sessions. Oliart Ros added that by using audio and video together, he could play the video slightly ahead of the audio, as he did for the chorus.

“It makes it a little better in terms of the feel of them playing together,” he said. “On others, I would relax the conductor a little bit farther behind, so they were all a little bit more reactive.”

Even so, the COVID restrictions made it more challenging than your average recording session, singing in a television studio, masked, alongside notes that had been performed days earlier.

“There’s the additional question when you’re making a video of what it will look like,” Marvosh said. “Eventually people will be enjoying this concert, there will be a video, but I have no idea what it is yet.”

Watson said that although he missed the physicality of in-person performances, the recording sessions created “a kind of freshness.”

He said he looked forward to the final product, marveling at the technical wizardry that went into a recording he did of Beethoven’s sonatas for fortepiano and violin.

“You have to play the notes somewhere,” he said, standing at a remove from his fellow musicians during a recording break. “But they certainly take the best and mix it up. When I listened to it, I thought: I wish I could actually play like that!”