Ed.: Austin Hoyt discovered the archives had no history of the News at Ten and submitted the following.

The News at Ten was WGBH’s first nightly news program and Boston’s first 10:00 pm news program. It aired for a year beginning in the spring of 1966. 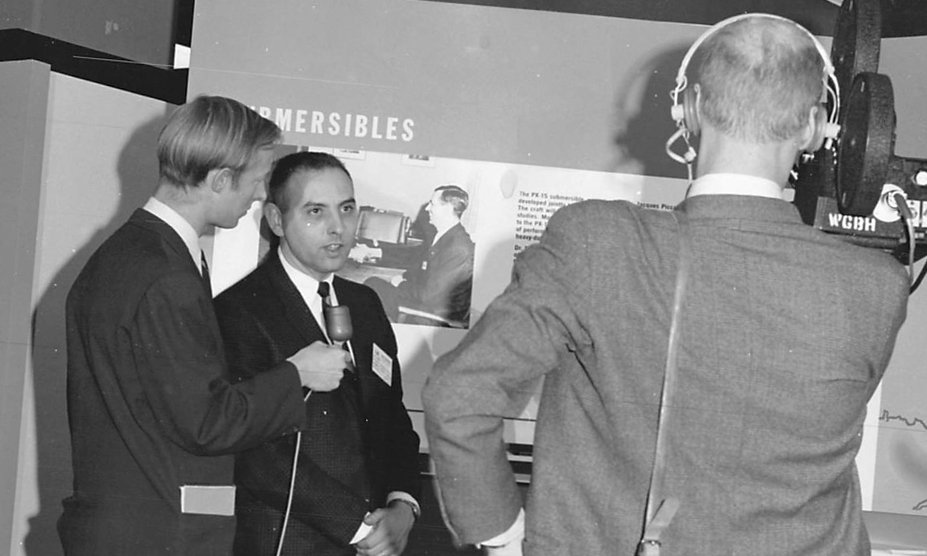 The staff included Peter Richards who covered the State House as he had for UPI and Howard K. Spergel, a 1966 Nieman Fellow, on the education beat at a time when court ordered bussing to desegregate Boston’s public schools was an important and controversial issue. Jane Doerfer, new to the news business, covered City Hall.

WGBH had a producer training program then and chose two trainees with newspaper experience. Martin Hurwitz had worked for the UPI in Columbus, OH; Austin Hoyt, for the Niagara Falls Gazette.

Hurwitz and Hoyt became general assignment producer-reporters, Hoyt specializing in the environment, an issue that was heating up, and transportation including the Port of Boston.

Myron “Mike” Spencer, a professor at Northeastern, began as the anchor. Don Fouser was producer. He was succeeded by Art Stauber who had worked at a commercial station in Pennsylvania. Peter Richards remembers that Stauber brought in Stelio Salmona, who had experience at a commercial station in New Haven, as anchor to replace Spencer. Werner Bundshuh and Peter Hoving were the film cameramen.

There is some confusion as to exactly when the program began. The reporters were given voice and diction lessons by staff announcer Bill Pierce.  The plan was then to have closed circuit broadcasts for several weeks to iron out the rough edges. Several of the staff remember that after only two days, the Boston newspapers went on strike and The News at Ten went live. An online search reveals that the Chicago Tribune reported that five Boston papers had gone on strike on March 7.

The WGBH archives contains a document saying the program was launched May 24, 1966 and ran through April, 1967. The launch date is in question; the end date does not seem to be certain.

The News at Ten aired weekdays from 10:00 – 10:30. Segments taped late in the afternoon were rolled in as was commentary by veteran reporter Louis Lyons.

In the summer of 1966, The News at Ten team covered the Democratic and Republican state conventions gavel to gavel. As the year went on, the program gained the attention and respect of Boston’s politically savvy viewers.

In the spring of 1967, after a little more than a year, Hartford Gunn, WGBH general manager, cancelled The News at Ten because, his announcement read, its half million-dollar budget consumed “a disproportionate share of WGBH’s discretionary income.”

Peter Richards left to work for the City Planning Commission of New York under Mayor John V. Lindsay, where he edited a six-volume master plan published by the MIT Press. He and his wife, Jean, later owned a prize-winning group of newspapers in Dutchess County, NY and went on to become antiques dealers in Maine.

Howard Spergel returned to WGBH to cover education on The Reporters, a news program that ran from 1970-73. He died an untimely death from a brain tumor.

Jane Doerfer enjoyed a career writing and editing cookbooks. They include The Vegetable Cookbook with Marion Morash, editor; The Legal Seafoods Cookbook, co-author; and Going Solo in the Kitchen, author. She ran the Green Trails Inn in Vermont for 10 years before she died in 2019 at age 78.

Martin Hurwitz pursued a business career in New York City and retired in Brooklyn. The News at Ten launched the 45-year careers of Austin Hoyt as a producer for WGBH and Peter Hoving as a cameraman as well as that of cameraman Werner Bundshuh.