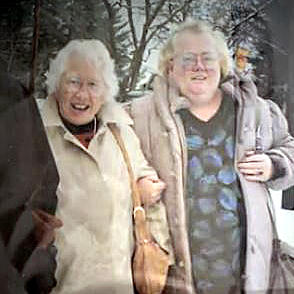 From the Bulletin and Tab

Helen started her distinguished computer programming career with the installation of the first computer system at WGBH-TV Boston, and was the first female member of the Data Processing and Management Association.

Later in life she became very active in the Natick community. She did much volunteer work at the Natick Council on Aging and Natick Town Hall. Helen was devoted to her American flag project and crocheted flags that have been sent to veterans and veterans organizations all over the United States.

Always having a joke ready to brighten one’s day, she will be remembered for her good humor and kindness, and will be sorely missed by family and friends.

I met Helen O’Malley in 1972. She managed the old Honeywell computer system which housed the station’s IT department — accounting and fund raising data systems.

It was 1972, folks — no internet, no devices, not even computer monitors. Pledge and donation forms were handwritten, and then “keypunched” on cards which Helen ran through the Honeywell to update donor accounts.

O’Malley managed it all, and made constant upgrades to all systems to automate many manual tasks. The major upgrade was the introduction of computer monitors in the fundraising offices about 1977. Finally we could look at a donor’s account and giving information on a computer monitor and make live updates to addresses. WOW! 20th Century. (Previous to that, the donor giving data was printed on green bar ledger and kept in 13 books so we could look up donor info and answer their questions. I wish I had a picture of those books.)

During pledge drives, when our work volume tripled, Helen was at her computer until midnight processing thousands of pledge slips so we could process the credit card donations. She was also here for every Auction on-air hour and beyond … way beyond.

During her tenure, her kids (Kerry and Mark) volunteered … everywhere — office, Zoom Room, Live Pledge, Auction. They grew up at GBH, and were always a great help to us.

O’Malley had a CAN-DO spirit when it came to computer hurdles, and there were a lot of those. She was a behind-the-scenes problem solver and keeper of the GBH data. She tackled it all, and always with her belly laugh and big smile. RIP Helen. You made a big difference.