[This story was in response to Why has WGBH had such an impact? Five views. Read more about “Discovery” here.] 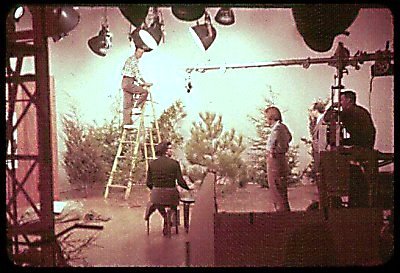 In the Spring of 1955, I received a call from Mary-Lela Grimes. As the public relations person for Massachusetts Audubon she had been asked to produce a program on Natural History for the new public television station, WGBH.

I had met Mary-Lela when I was a counselor at WildWood Nature Camp where she was the camp director. My job there was to teach nature photography to the campers. Mary-Lela asked me to watch the first episode of “Discovery” and let her know what I thought about it.

As I remember, that first program was about frogs. Mary-Lela had a tree frog or a spring peeper in her hand and was telling us about the suction cups on its feet. Sadly, all one could see on the TV screen was that she had a small black blob in her hand; you couldn’t even tell it was a frog much less see its legs! The TV camera simply couldn’t get closer than a head and shoulders view. When Mary-Lela called me I told her that the program was wonderful but that we couldn’t see anything that she was talking about. She challenged me that if I didn’t like it, I should come and fix it! 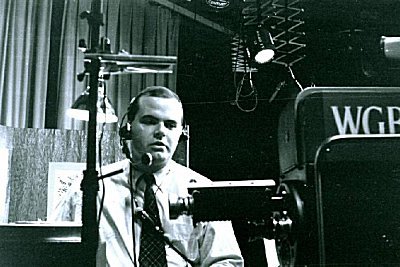 That was the beginning of my involvement with television. I went to WGBH and found that the TV camera lenses at that time simply could not focus on anything really close. The engineer lent me a cap that screwed in where a lens should be and I took it over to the machine shop in physics at Harvard where I was a junior undergraduate.

I asked the machinist if he could make an adapter so I could use my Leica lenses on the TV camera. He said that would be easy and I asked him how much it might cost. He replied that $100 should cover it, so I told him to go ahead. A few days later he called and said the adapter was ready and when I came to pick it up I asked how much I owed him. He said, “Well, if it is for WGBH and education, it was my pleasure to do it to help out”! With that adapter, we were able to use all my Leica lenses, bellows, and extension tubes and we were able to fill the screen with close-ups of frog feet, insects and anything else that we wanted to show.

That first season of Discovery, we had a great variety of programs. On one, we showed the entire life history of the Cecropia moth. We had cocoons hatching into moths, all the various stages of the caterpillars, eggs hatching, and caterpillars spinning cocoons all on live television. On another program, we showed lobsters in a short film that I took showing how they are caught, and we had a bunch of lobsters in a tank so we could talk about their biology. I regret to say that Mary-Lela and I ate the talent after the show. 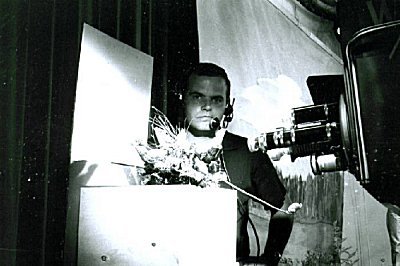 Another program had to do with termites. While termites may eat the wood in your house, it is the protozoa in their guts that digest the wood and feed the termite.

Dr. Thomas Eisner from Harvard agreed to show us, and he arrived at the studio with termites, protozoa, and a microscope. The problem was how to attach the TV camera to the microscope; we needed a cardboard tube about an inch and a half in diameter and perhaps 4 inches long. Tom disappeared to the men’s room and returned with a toilet paper tube which was perfect!

Perhaps the most dramatic episode was when we asked Prof. Donald Griffin to show us about bat sonar. Don came with his bats, a maze for them to fly through, and an electronic device that translated their ultrasonic calls down to frequencies we could hear. We spent a wonderful half hour learning how the bats could navigate their maze, we could hear their sounds and it made an exciting program.

Unfortunately the result of our activities meant that the studio was full of flying bats. And Discovery ended at 6:30 just in time for Louis Lyons and the news. There was no time to recapture the bats so viewers of the news were treated to occasional pictures of bats swooping over Louis Lyons as he read the day’s news! After that, WGBH went to network and we reclaimed the bats.

Many of these programs were kinescoped and I believe, were among the first from WGBH to be syndicated nationally. As a result of this, during the Spring of 1956, we were able to get a grant to do more, in particular to buy film and processing. I spent a large part of the summer of 1956 filming and editing. We made one film of a barn spider spinning its web which won the program a Sylvania award for creative television technique. But there were many more including beaver behavior and the birth of a bat, probably the first film of a mammalian birth shown on TV.

I then went off to graduate school at Cornell ending my involvement with Discovery. My intention was to get a PhD and then return to putting science on public television. I managed to get my degree in three years and then returned to the Boston area. I had arranged a 21” classroom program on Natural History with Massachusetts Audubon and WGBH.

At the same time, Ralph Garry at Boston University had put in an application with the Office of Education to study the effects of in-school TV programming on children. This grant provided the funds to hire someone to present the material and pay my salary as a producer. I hired a senior Harvard Professor, William H. “Cap” Weston to be the host. When I reported this to the head of the 21” Classroom, Michael Ambrosino, he said, “OK, but let’s give him a screen test.” That we did and it took about 5 minutes for Cap to charm everybody in the studio.

I really think that Don Hallock is right about why WGBH has had such a great impact: grace was a large part of it. But beyond that, it was an exploration. Julia Child brought us a wonderful view of cooking. Louis Lyons distilled the news into the interesting and important parts.

What WGBH did, and still does, is to capture the intellectual vibrancy of Cambridge and its institutions and share it with the world. It was exciting in 1955 and it still is today.