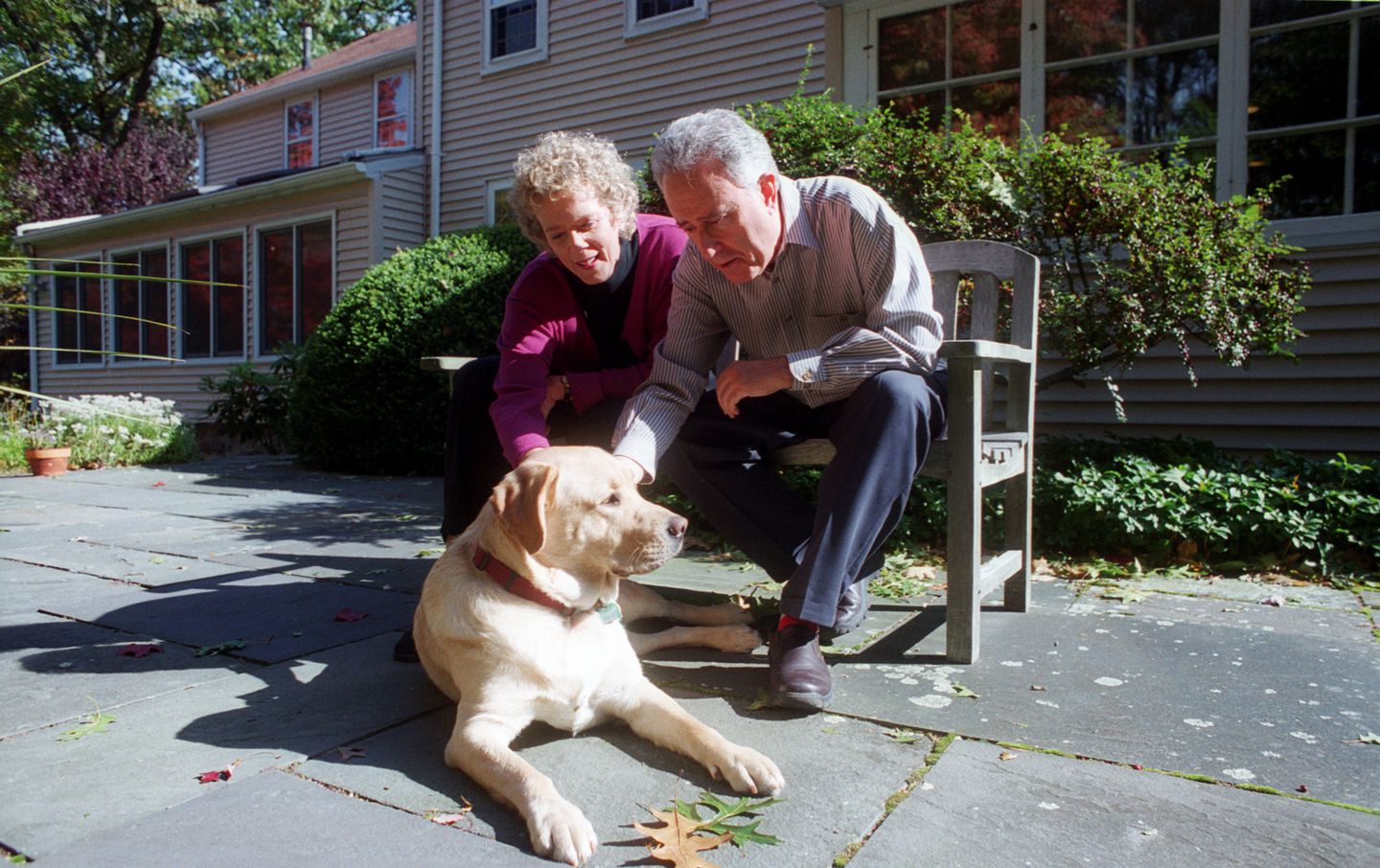 In a Vineyard Gazette column filed a few days before he died, Arnie Reisman recounted a quintessential Arnie Reisman moment on “Says You!” — the NPR quiz show on which he was a panelist.

For the final category, then-host Richard Sher posed a question that was obscure even by the program’s quirky standards: “Who does not belong in this group and why? Paul McCartney, Babe Ruth, John McEnroe, and Eric Clapton?”

“I thought for what seemed like an inkling and blurted, ‘Eric Clapton. He’s the only one who’s right-handed,’ ” Reisman wrote. “Richard looked at me as if I had fired a dart into his belly. ‘That’s right!’ My stunned wife looked at me and said, ‘Who. Are. You?’”

With questions like that, “Says You!” was tailor-fit for Mr. Reisman’s mind. “It helps to have a photographic memory, which I inherited from my father,” he wrote. “The show was the perfect recycling center for all the trivia that made my brain a storage bin.”

An Emmy Award-winning TV producer and a writer who ranged widely in Boston media for decades, Mr. Reisman died in his sleep early Monday in his Vineyard Haven home on Martha’s Vineyard. He was 79 and previously had lived in South Natick and Wellesley.

He was a writer first, last, and always,” said his wife, Paula Lyons, a longtime TV consumer reporter and a “Says You!” panelist. “And he was a writer of everything – journalism, documentaries, poetry.”

On Martha’s Vineyard, where the couple became full-time residents a decade ago, Mr. Reisman had served as the island’s poet laureate, and his wit was evident in the titles of his poetry collections, which included “Sodom and Costello.”

Mr. Reisman began his writing career as editor of his high school newspaper, the East High Spotlight in Denver, and never stopped.

He also edited The Justice, the student newspaper at Brandeis University, where he had a revelation about which profession to pursue.

“Since I never really thought in terms of what I was going to be when I grew up, I reached my senior year in college and panicked,” he told Charles Giuliano during a 2011 Berkshire Fine Arts interview.

“I mean, I was one of those people who thought of who he was, not what he was. Career? What’s that? Even today when someone asks me if I’m planning to retire soon, I have to respond, ‘From what?’ ”

After receiving a bachelor’s degree in English from Brandeis and a master’s from the Columbia University’s School of Journalism, Mr. Reisman was a freelance writer and then an arts reporter and editor for the Patriot Ledger in Quincy.

“In the fall of 1968 I got a call from Stephen Mindich, the copublisher of Boston After Dark, a 16-page weekly giveaway about the arts scene,” he told Giuliano.

At 26, he became the alternative paper’s executive editor and under his tenure, its page count grew to 156.

Leaving in 1971, he moved into television at WGBH and WCVB, Channel 5, where he worked on “Chronicle” and was awarded regional Emmys.

Memorably, he wrote scripts at WCVB at the end of the 1970s for “Park Street Under,” a locally produced sitcom set in a Boston bar.

“Two years after our show went off the air, ‘Cheers’ reared its head,” Mr. Reisman wrote in “Where Everybody Borrows Your Name,” a Gazette column.

“Ever see the pilot of NBC’s hit series? If you didn’t, but saw the pilot of ‘Park Street Under,’ you didn’t miss much,” Mr. Reisman wrote. “They were teeth-gnashingly similar.”

Mr. Reisman went on to write, direct, and produce documentaries, often holding more than one role. He was the codirector and cowriter of “The Powder & the Glory,” a documentary about cosmetics pioneers and competitors Elizabeth Arden and Helena Rubinstein.

He also cowrote “The Other Side of the Moon,” a 1990 documentary about Apollo astronauts, and he directed “Stolen Bases,” about the 2000 season of the Nashua Pride baseball team.

Early in his career, he was married for about a decade to the photographer Nicole Symons. Their marriage, struggling under the weight of his professional commitments such as Boston After Dark — “Was I married to her or the paper,” he mused to Giuliano — ended in divorce.

More than 40 years ago, he was at a party when he met Lyons, who has worked as Mayor Kevin White’s press secretary, a TV consumer reporter, and an executive coach.

Their first date, at a Back Bay Japanese restaurant, was disastrous.

“I took her to a place that just about killed the relationship,” he said in a 2008 Vineyard Gazette interview.

“At work the next day he said, ‘Let’s try this again,’ ” she recalled for the same feature. “I had to go to buy some big appliances and I thought a pair of strong arms would be helpful. He was himself that night and very funny. He cracked me up, and I gave it another try.”

They married in 1982 and, along with eventually serving as “Says You!” copanelists, formed an enduring Boston media couple.

“We’ve never really fought about anything, ever. I think the secret is acceptance. Neither tried to change the other,” he told the Gazette, and added: “We defer to what we think are each other’s strengths.”

Arnold Lawrence Reisman was born in Chicago on May 1, 1942, and lived there until he was 10 and his family moved to Denver.

His mother, Ida Lubliner Reisman, took care of the family while his father, Irwin Reisman, ran a shoe store in Chicago before working with a family electronic parts business in Denver.

An only child, Mr. Reisman did well in school and kept touch with other high achievers in his East High class in regular Zoom meetings.

“Everyone in his school that he was friendly with was planning their getaway because Denver was tiny at the time and not that interesting to them,” Lyons said. “They couldn’t wait to go.”

Stanford University accepted Mr. Reisman, who chose instead to attend Brandeis, and he remained in Greater Boston.

“In a way, Arnie was, to Boston, what George S. Kaufman was to the Algonquin Round Table, except the ‘vicious circle’ lasted only 10 years while Arnie enlivened his circle of friends for more than 60,” Nat Segaloff, a former Boston movie publicist and film critic, wrote in an appreciation for the artsfuse.org website.

“It’s tempting to call someone irreplaceable when you wonder how it happened that he got created in the first place,” Segaloff wrote. “Not only do I mourn Arnie, I mourn the loss of what he brought to everyone who knew him, as well as the loss for those who never did.”

A burial service was held Friday on Martha’s Vineyard for Mr. Reisman, whose wife is his only immediate survivor.

On the Vineyard, he chaired the board of the Martha’s Vineyard Playhouse, where he wrote, directed, and acted in many productions. He hosted the organization’s poetry café and was a member of the Cleaveland House Poets — endeavors that provided outlets for his wisdom, wrapped in wit.