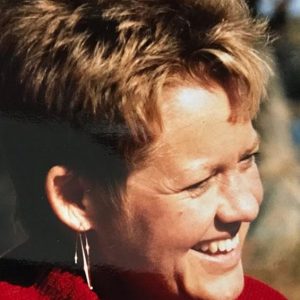 Sherry Jones, an Emmy-winning documentary producer who wedded investigative reporting with dramatic visuals, crafting television films that explored foreign affairs, American politics and national security issues including the Cuban missile crisis and the CIA torture program approved after 9/11, died Feb. 14 at a hospital in Washington. She was 73.

The cause was cancer, said her friend Charlie McBride.

As the head of her own production company, Washington Media Associates, Ms. Jones made more than two dozen films for the PBS documentary series “Frontline,” working with the show from its first season in 1983. She also made documentaries for CNN and ABC and collaborated with journalists including Bill Moyers, Peter Jennings, Roger Wilkins, Hedrick Smith and William Greider, typically working with them on all aspects of the reporting, script and storytelling.

“If we had more filmmakers like her in Washington, undaunted by fear, unaffected by threats and unspoiled by praise, the American people would see and know a lot more clearly how power works its will,” said Moyers, who collaborated with her for more than two decades on documentaries such as “High Crimes and Misdemeanors” (1990), an Emmy-winning examination of the Iran-contra affair…

Along with her documentary “The Struggle for Russia” (1994), about post-Soviet leader Boris Yeltsin, “Return of the Czar” “should be required watching for anyone trying to understand Putin today,” said Thomas S. Blanton, the director of the National Security Archive at George Washington University, where Ms. Jones was a senior fellow. The film featured interviews with veteran U.S. policymakers as well as Russian observers, including a former human rights commissioner in Moscow who said that Putin’s election to the presidency may eventually be seen “as the twilight of Russian democracy.”