From Nancy Hauser via Caring Bridge 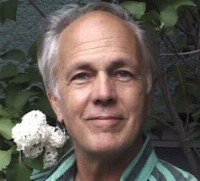 The funeral will be held at Mount Zion on Wednesday afternoon, April 13 at 2:30 PM and Shiva Wednesday night at 7:30 PM. Both the service and the Shiva will be Zoomed…

Thank you all for being part of this journey with us. Your love, support, deep caring, and concern made it possible for us to get through this hardest time in our lives.  And your stories about Rick were what kept him going through these dark days.  He has now “Gone Home.” Bless you all…

Rick’s time at WGBH was marked by some of the most beloved how-tos, and some of the most adventurous and artistically interesting programs we’ve ever produced. Nancy Mason, who Rick later married, was supervising our dance projects at the time as part of The WGBH New Television Workshop, also a high point in the contemporary arts on public TV. I feel privileged to have had both Rick and Nancy working with me in our department.

Rick’s passing brings back to me his shows such as Making Things Grow, Maggie and the Beautiful Machine, Walsh’s Animals, Eye to Eye, The Scarlet Letter, Feasting with Panthers, and more. As one of the staff members of Godspell turned to me and remarked after our screening for them of Rick’s special, Godspell Goes to Plymouth Plantation for Thanksgiving with Henry Steele Commanger, “Now that was a three chill show!!” There’s no doubt Rick knew how to create a three chill impact.

I always felt that Rick’s show Nine Heroes was really special. He was able to take these amazing people, portray their stories, not with gross accomplishments but with their humanity… even sometimes with humor. That was important and as a viewer a confirmation of my humanity… strength with dignity.

Rick Hauser’s career has been characterized by innovation and the creation of original formats to present arts, culture and social issues in ways that build audiences. His early work was a staple of public television programming and the mainstay of many of the network’s new stations…

While at WGBH/Boston, Hauser was credited with many of that station’s most acclaimed cultural and informational specials, winning public television’s highest honors: CPB Awards for GOD-SPELL Goes to Plimoth Plantation for Thanksgiving with Henry Steele Commanger and the unpredictable art series, Eye-to-Eye; an N.E.T. Award for CITY/ Motion/Space/Game; and a Gabriel Award and Emmy nomination for Nine Heroes.

Hauser’s experimental and other broadcast work was the subject of many national articles. NEWSWEEK counted him among the “ video pioneers.”

Hauser’s four-part adaptation of Hawthorne’s classic, The Scarlet Letter, was hailed by television critics across the nation as “an American masterpiece” and “an authentic electronic masterwork” and also provoked the shortest, most pungent review ever given by PEOPLE Magazine. The mini-series remains among PBS’ “all-time most watched” dramas and received an Emmy for videotape editing.

Hauser’s direction of another romantic drama, TrinityRep’s Feasting with Panthers still stands as a daring and innovative example of television theatrical adaptation at its best. WNET-New York re-broadcast the drama in a 25-year retrospective of the station’s finest programs.

Hauser was also a pioneer in the emerging area of “how-to” programs, producing such public television classics as Making Things Grow (Thalassa Cruso), Maggie & The Beautiful Machine! (Maggie Lettvin), Erica! (Erica Wilson) (format & design only), Walsh’s Animals (John Walsh) and many others. This type of program was often the central component of audience-building campaigns for public television stations around the country….

Educated in the United States [Yale College, with thesis honors] and France [the Sorbonne], Hauser received the United States/United Kingdom Bicentennial Artists’ Exchange Fellowship awarded by the National Endowment for the Arts and the British Arts Council. He holds an MFA in radio/television and film from Ohio University…

Hauser is married to dance/video producer, Nancy Mason Hauser. The Hausers have two children, Hannah and Noah. The family lives in a 100-year-old house in Saint Paul, Minnesota with their Maine Coon cat, Ashaahidu (“Witness” in Arabic).

Rick embodied each of his many roles fully and with panache, which is remarkable because some of the roles were quite the opposite of one another.

While he was the epitome of the gentleman scholar, an erudite man living the life of the mind, he was also playful and boyish, which made him adored by the schoolchildren where he volunteered. He loved oysters and Dairy Queen, Old Saabs, and new gadgets. He loved all things innovative and avant garde, yet was deeply sentimental about family heirlooms and a stickler for historical accuracy.

He could be stubborn and driven, but at the same time sincerely interested and curious about the opinions of others. Though he never wanted to become Jewish because he felt it would be an affront to his family of origin, he was always learning about Judaism, was very supportive of Nancy’s Jewish identity and commitment to the synagogue community.