We are saddened by the news of the passing of our friend and former colleague David Liroff who was GBH Vice President and Chief Technology Officer, serving from 1979-2007. 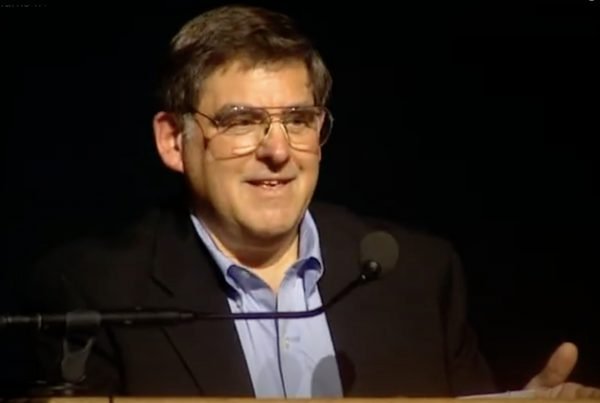 During his 28 years with GBH, David made enormous contributions to the advancement and growth of our operations and services, as well to the wider public broadcasting system.  “David was my first hire when I became General Manager, and how fortunate we were,” said GBH Vice Chair and former President Henry Becton. “There was no one more passionate about our mission, or more vigilant to maintain the trust of our audience. David personified the best of our public media family and will be sorely missed.”

David wore many hats during the course of his long tenure said Becton, including Broadcast Manager and Television Station Manager, then Vice President and Chief Technology Officer. “We benefited greatly from his expertise and sound guidance in a range of areas from technology to program production to strategy.”

He was responsible for local TV programming and broadcasting including Say Brother, La Plaza, and The Ten O’Clock News, national “how-to” program production including This Old House, The Victory Garden, and The New Yankee Workshop, as well as engineering, information technology and audience research. He launched the GBH Media Library and Archives, which later expanded with the American Archive of Public Broadcasting. He created and managed the Audience Research department, established our first professionally-staffed audience and member services department, and oversaw GBH’s transition to digital production and broadcasting, facilitating the technical transition to our new studios at Guest Street in Brighton.

David was an exceptional leader within the public media system. He was in many ways GBH’s ambassador with our partners across public television and radio, serving on numerous boards and committees, advising on topics ranging from new technology to legislative policy to funding models. He was universally respected for his thoughtfulness, expertise and honesty. He was committed to the public media mission and worked at facilitating successful collaborations on behalf of public broadcasting and WGBH. 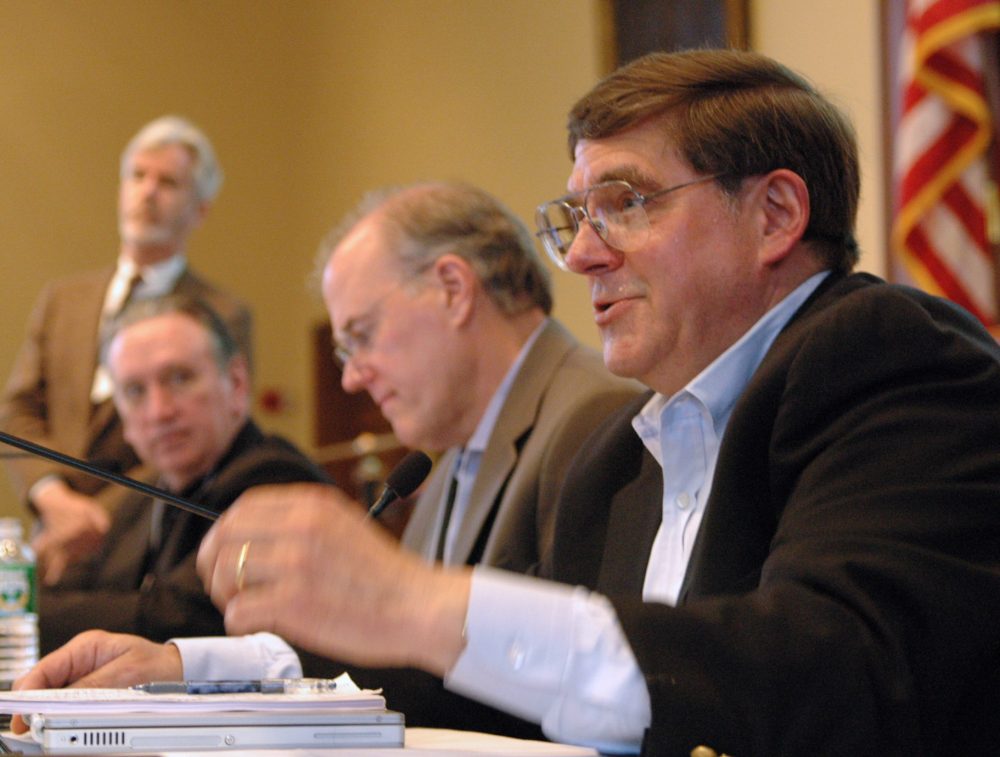 He was a mentor to many colleagues, including GBH President Jon Abbott. “When I joined GBH, David was generous in sharing his knowledge, insight and wisdom. But importantly, he shared his encouragement for what we could accomplish when we all worked together. He truly embodied the spirit of system-building.”

Always a teacher and problem solver, Dr. Liroff — he held a Ph.D. in radio, TV and film from Northwestern University, a Masters in speech and theater from Brooklyn College/City University of New York, and a Bachelor’s degree in political science from MIT — would illustrate projects and ideas on the board he kept on the wall of his office for any colleague interested in considering new ideas and better approaches to the work.

David was a recognized expert about the impact of new technologies on public broadcasting and society. He served on the Board of Directors of American Public Television and Public Interactive.  From 1999 to 2005 he served on the Board of Directors of the Association of Public Television Stations, advocating for federal funding with our legislators. He was a trustee of American Public Television (APT) and won their first Lifetime Achievement Award in 2008. The award recognizes a visionary person who has made a tremendous positive impact for decades, believes in and works passionately for the greater good. He also received the PBS Development Professional of the Year award, recognizing his championing of development within public television.

Before joining WGBH, David was at St. Louis public television station KETC, where he served as director of broadcasting.  Prior to that, he was program director for WOUB-TV20 in Athens, Ohio and assistant professor in the College of Communication, School of Radio/Television at Ohio University.

Following his departure from GBH David went on to become Senior Vice President, System Development and Media Strategy with the Corporation for Public Broadcasting (CPB), allowing his colleagues across the system to continue to have the benefit of his wisdom on a range of strategic issues, including system strategy and policy development, audience-based research, implementation of station grant policy and strategy, and investments in new technologies.

In his farewell remarks at an all-staff gathering in his honor at GBH, David shared his pride in the work of the organization, noted the real challenges through the years, but underscored the trust audiences place in the organization, and reminded his colleagues why the mission matters. “Yes, there’s plenty of room for improvement in the way we do our business — we must change in fundamental ways — that’s true of any organization of our age — but the key to our success in those years — as it continues to be today — is belief in our mission, and remaining true to our commitments. The lesson we should all take away is that this organization — and the interests of our intended beneficiaries and stakeholders – has been best served when we have been true to our mission.”

David died on May 14, three weeks short of his 78th birthday. He is survived by his wife Jean, his son Jonathan of Houston, Texas, his daughter Brooke Fabian of Gloucester, MA, and his grandchildren Lucy and June Fabian.  His retirement years were devoted to walking his Newfoundland dogs, renovating his home in Topsfield, MA and, after a career in which he had to remain politically neutral, campaigning enthusiastically for Senator Elizabeth Warren and Congressman Seth Moulton. 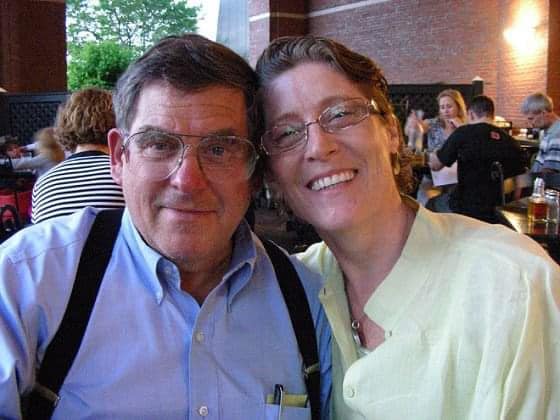 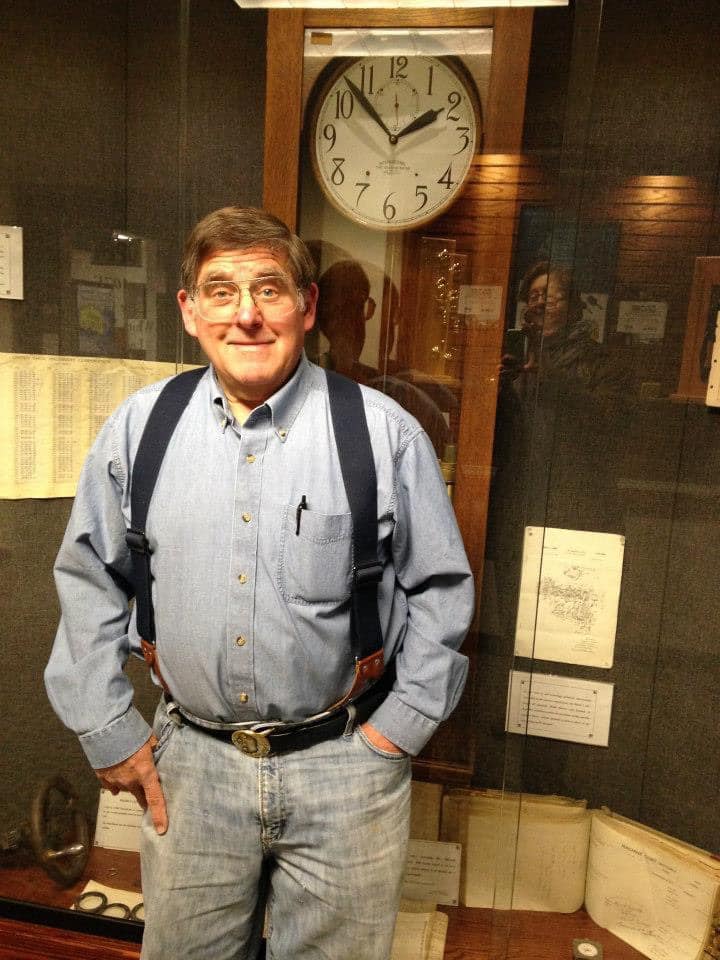 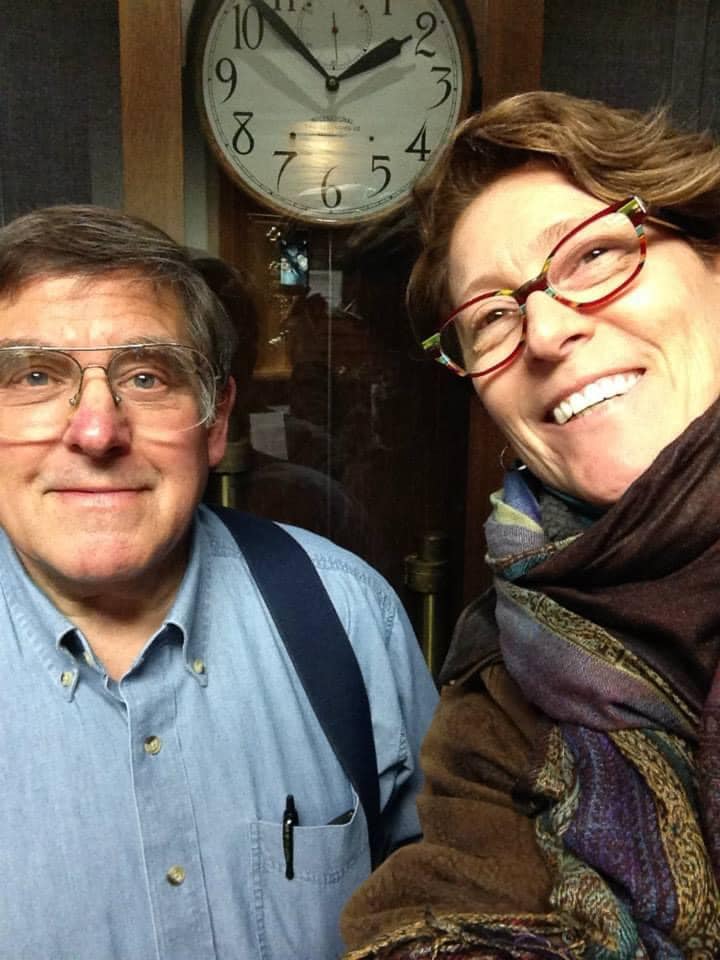 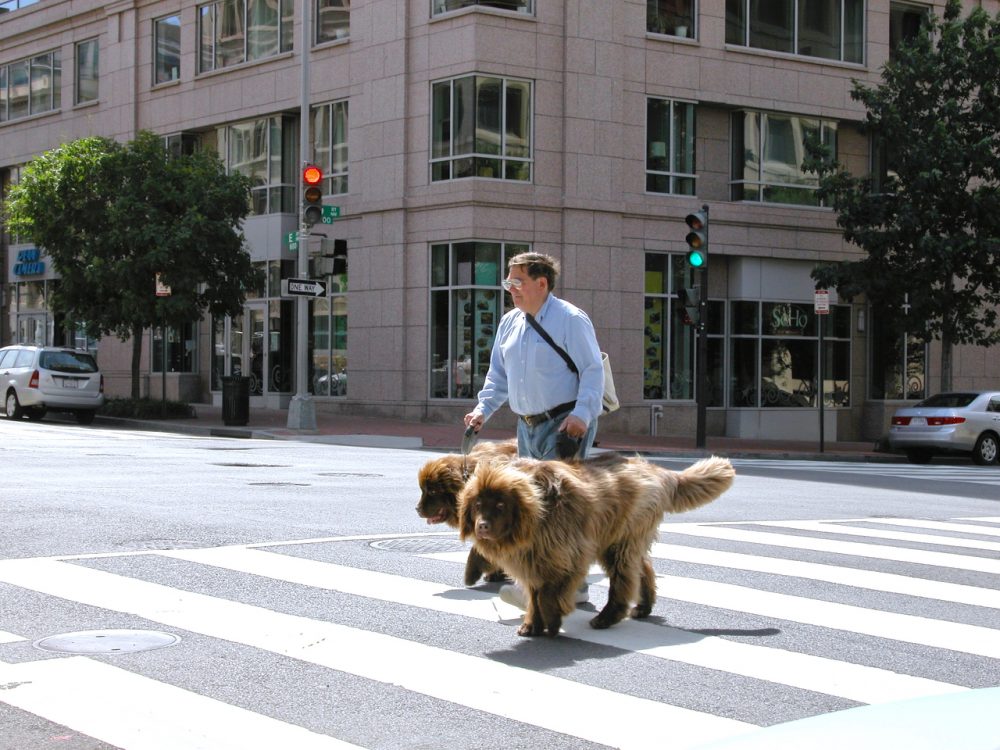 Courtesy call from Rose and Max 2007 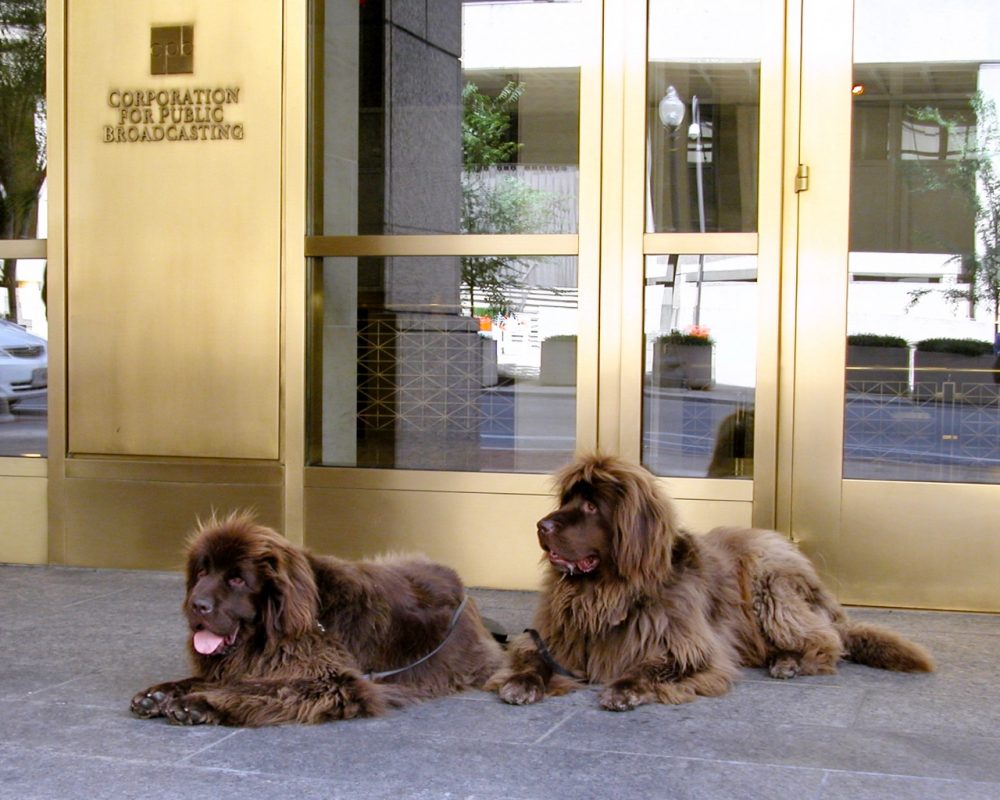 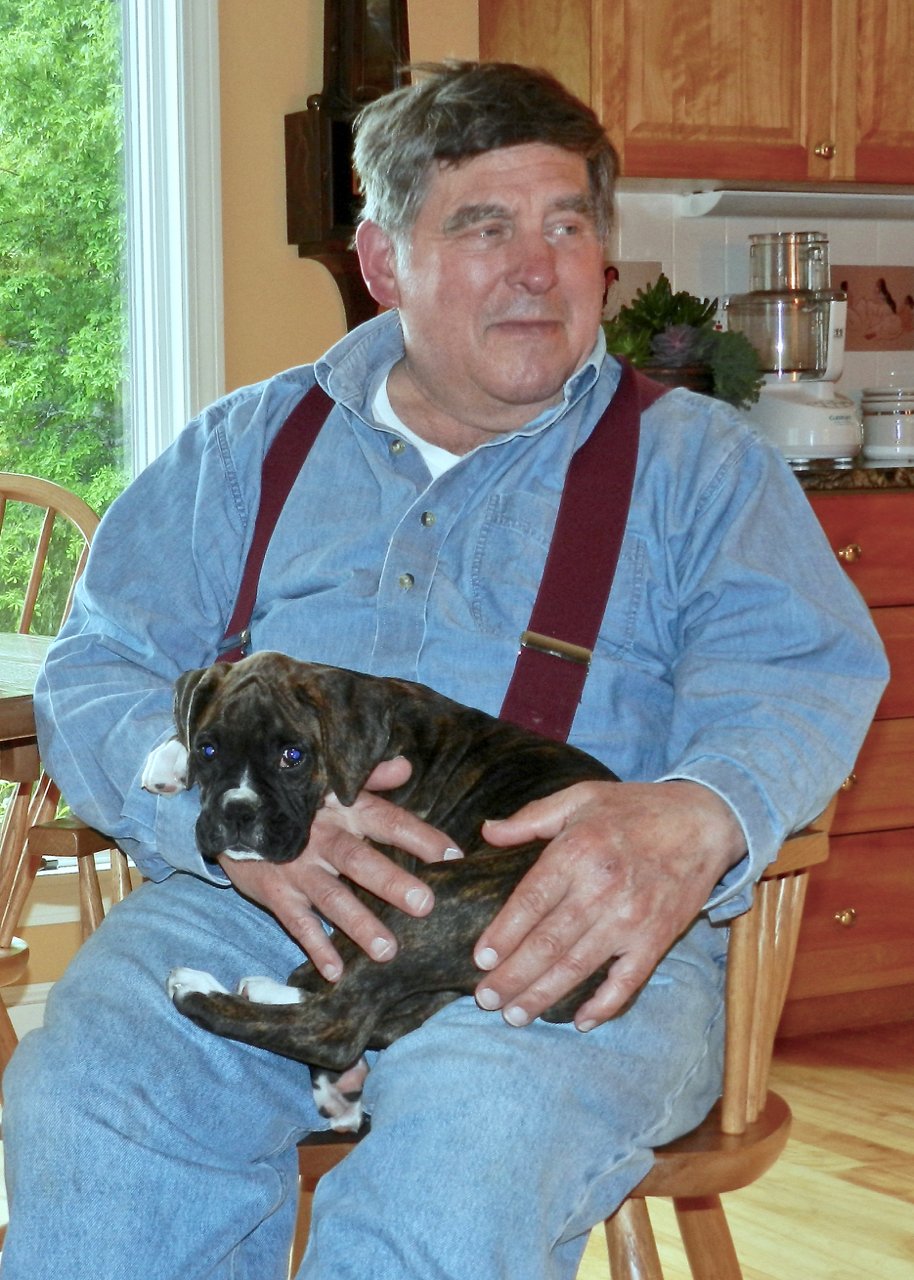 He liked Boxers too

Andrea Cross – I have fond memories of David. He was always such a presence in the GBH hallways… Very sad news.

Tim Halle – One of the greats of public broadcasting and an incredibly nice man.

Barry Nelson – That is indeed sad news. What a great thinker and generous of spirit.

Susan Lewis Solomont – So sad. David was wonderful. Always friendly and open to ideas. And he loved WGBH and PBS

Louise Rosen – So sorry to hear this. A genuine, thoughtful, kind person that brought so much to any process he engaged in.

Laura Moy – Too soon. He was always so welcoming and kind. In my early days at GBH, he always had a story to share and a suggestion for whatever strategy we were pursuing at the time. And he loved showing off the view of the tower from his old office on the Strip!

Darrell Byers – Absolute tears. So sad to see this.

Janis Henwood Khorsi – Such a lovely man and person. I loved working with David and he was always so supportive and appreciative of our collaborative work at WGBH. David will be supremely missed.

Greg Fitzgerald – So sorry to hear this. I always looked forward to David’s technology crystal ball at pub TV conferences.

Mary Toropov – Anyone know cause of death?

Germaine Frechette – David was very present, he always had a moment for a door knob conversation to offer up a kind word or thought. He led by example .

John Madden – Wow, David was the best in making sure we got the best decision from all inputs. My sincere condolences to David’s families

John Voci – A sad day. His impact on GBH was huge.

Joel Olicker – Most times when we passed in the halls, David would stop and ask me what was up with me. His genuine warmth and interest in others made you feel like a respected member of the team.

Elaine Coolbrith – A great leader and wonderful man, I am so sorry to hear of his passing.

Carla Marshall-Waggett – So very sorry to hear of Mr Liroff’s passing. He leaves behind a full and wonderful legacy of giving and learning.

Roger Lyons – David was a mentor, an inspiration, and the heart and soul of public television. And a terrific human being.

KariAnn Assur – Oh, this is so deeply sad. He was such a warm, kind man.

Peter Swanson – So sorry to hear this! DL was one of a kind, in the best possible way. A shining light.

Kai Fujita – Indeed – a very gentle and generous man. Any information about a memorial?

Lo Hartnett – Sad news indeed. The years we worked together, David was my mentor, my boss and my teammate. He would question fund raising always seeking better ways. He’d come up with ideas, and I had the pleasure of finding a way to make it happen. Together we paved new roads, and I cherished every moment. David was inquisitive, always focused and left an impact on our industry and beyond. Thank you David for your leadership and your friendship.

Susan Bluttman – We acted together in a series of plays at MIT Theatre. What a fine person.

Bill Pimentel – A giant of a man, who never felt it beneath him to kneel down to listen to the concerns of his foot soldiers. I will never forget him. RIP, “DBL”

Mark Duffield – Bill Pimentel Sad news indeed. The years we worked together, David was my mentor, my boss and my teammate. He would question fund raising always seeking better ways. He’d come up with ideas, and I had the pleasure of finding a way to make it happen. Together we paved new roads, and I cherished every moment. David was inquisitive, always focused and left an impact on our industry and beyond. Thank you David for your leadership and your friendship.

Mike Wilkins – I can only echo the everything everyone has said. Perhaps I can add this moment of levity – “Boston or Bust” the send-off of David from the staff of KETC-TV9/St. Louis: https://youtu.be/bhzzs10uOgg?t=116 Boston or Bust: Send-off for David Liroff (1978)

Mike Wilkins – a lot of inside jokes of course, but still…

Carla Raimer – I really loved David. We had many lunches, walks & talks discussing a wide range of topics. He was kind, intelligent & a real class act. Condolences to his family 🙏

Cynthia Broner – So many fond memories of this brilliant and kind man.

Eli Ingraham – Deeply, deeply saddened by this news. David and I were great friends at WGBH and kept the friendship up after his retirement. Every month we’d have lunch at our favorite steampunk diner, then go on some wacky field trip to an historic mill, or textile … See more

Jamie Haines – Eli Ingraham he was the best…I adored working with him and his counsel after leaving gbh. What a good human we have lost.

Susan Posner – So sad. What a wonderful person he was, in all ways.

Lo Hartnett – Look at that grin. Like a kid with a new toy. Clocks were a favorite.

Debby Paddock – David had so much knowledge and the gift of sharing his skills to make us all better at our jobs- his warmth was felt by everyone.

Joe Karaman – So very, very sorry to hear this sad news! David was a very insightful and generous leader during one of GBH’s finest growth periods. So very glad and grateful to have known him.

John Madden – David was the epitome of the GBH I remember, sharing, caring, collaborating, excelling, producing and mentoring

Bill Pimentel – I just read in Current that there’s no memorial service, at David’s request. Just like him; he’d want us to remember him in life, not look back but ahead. I’m so glad & grateful we all had that opportunity in 2007. 🙏🏻

Dan Jones – Truly a sad day. My favorite GBH exec! We saw many of them in the studio during Pledge week. David always had time to check in on a personal level. He also knew my dad who was a station manager elsewhere – always thought to ask about him as well. A very thoughtful man and mentor. Sleep well Mr. Liroff

Frank Coakley – One of the truly good guys in the business. RIP

[Editor’s note: Dozens of colleagues have already expressed their gratitude to David on his profile page.]