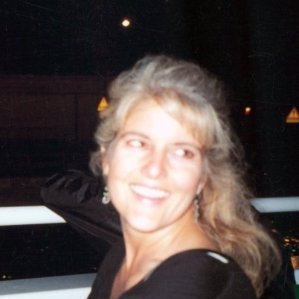 Karen Jordan Barss passed away on Thursday, September 8th at 61 years of age. As the sun set over the city skyline, her husband played her favorite songs on the guitar and her daughter held her hand, ushering her peacefully on.

She became employed at WGBH, Boston’s PBS station, where she worked for 25 years in various roles. As Director of Educational Outreach, she oversaw the development of teaching materials and initiatives for programs such as NOVA, Masterpiece, Arthur, ZOOM, and Between the Lions, benefiting adults and children across the country. She also brought in millions of dollars in foundation grants and corporate support.

She finished her professional career at Facing History and Ourselves, an international non-profit company based in Brookline, MA, that seeks to support teachers and students as they work together to create a more equitable future. During her 10-year tenure there, Karen directed strategy and educator engagement, and was remembered for her quick wit and fierce intelligence.

Everyone who worked with her recalls her high standards, mentorship, generosity, strength, caring, and especially laughter.

Beth Kirsch, her friend and colleague of many years, said, “Karen was always the first person I sought out for advice, creative ideas, and her sense of humor throughout whatever challenges we faced.”

Julie Benyo, who also worked with Karen on multiple projects, noted, “While we all worked our butts off and did amazing things, Karen made sure that everyone knew that ‘it’s only a job,’ and that we should be sure to enjoy and honor our real lives.”

Karen was also a skilled fiction writer and artist, two things that she had begun to spend more and more time doing after her retirement in 2020.

In every area and role of her life, she showed up with courage, heart, and humor, finding creative ways to turn the mundane into the magical and putting those around her at ease…

According to her husband, a writer and rowing coach at Harvard University, Karen was “a superbly gifted athlete who was difficult for most people to keep up with, for she had a natural inclination to lead the pack.”