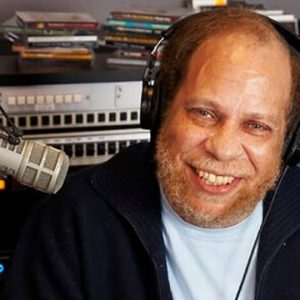 Eric Jackson, host of GBH Radio’s “Eric in the Evenings,” died Saturday morning. He was 72.

“Eric’s great skill as a broadcaster was how he used his warmth and intimate knowledge to connect listeners to the music. He was a legend and he will be missed,” said Anthony Rudel, general manager at GBH Music.

After first joining GBH as a host in 1977, Jackson spent the next 50-plus years using his erudite charm to win over local audiences. Jackson was known as the “Dean of Boston Jazz Radio” according to a statement from GBH, because of his knowledge of jazz music.

As Jackson’s colleagues mourned him, the internet at large also felt the effect of this loss.

One Twitter user said, “The airwaves in Boston will never be the same without Eric Jackson’s soothing voice and erudite knowledge of jazz.”

Another user said, “This makes me sad. I learned so much about jazz from listening to his show.”

Another user recommended listening to a song Jackson’s radio show was known for.

“Eric began each evening with Horace Silver’s instrumental song “Peace,” as recorded by Tommy Flanagan.” he said, “We should all go listen to that song now…”