Some words will stop you cold.

Glioblastoma is one of them. It is brain cancer, one of the most aggressive forms there is.

When Brian O’Donovan, the longtime host of GBH Radio’s “A Celtic Sojourn” traditional music program, heard his doctor say that word, he was suddenly confronted with his own mortality. 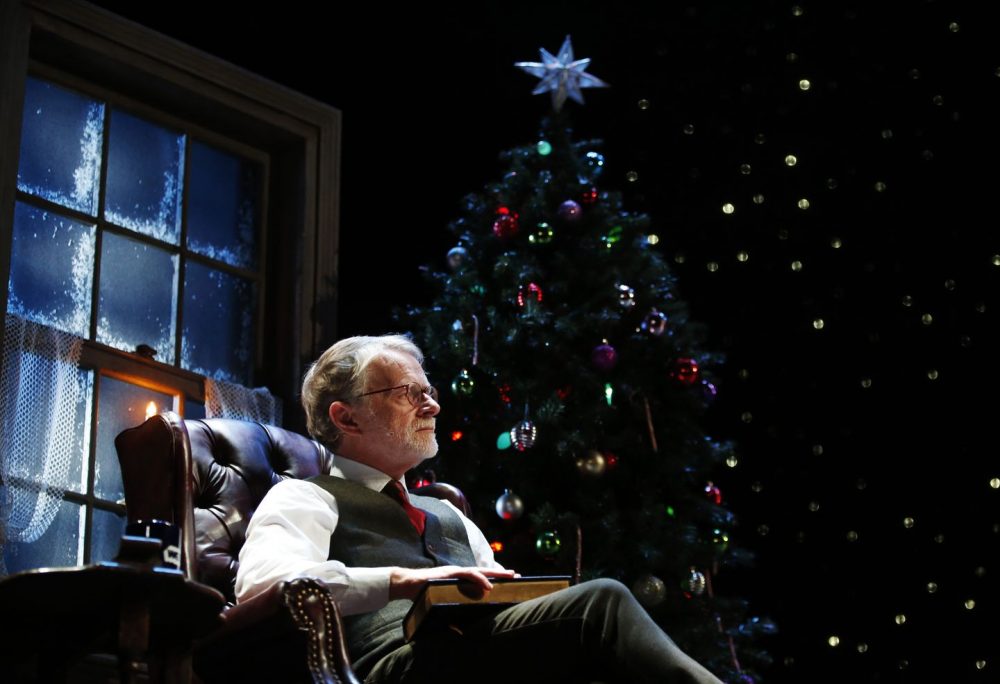 We all know we’re going to die some day. But generally, it’s not something we dwell on.

When you’re given a terminal diagnosis, as the 65-year-old O’Donovan was recently, it’s hard not to dwell on it. More important is how you deal with it.

“I’m kind of OK with it,” O’Donovan told me in his lyrical West Cork accent.

He wants others to be OK with it, too.

When people hear the c word, he said, the a word is not far behind: avoidance. Close friends find it hard to pick up the phone. They don’t know what to say, so they don’t say anything.

O’Donovan wants to send a message to his friends and listeners.

Since his diagnosis, he’s been reading a lot of poetry, including that of his fellow Irishman Seamus Heaney.

One of Heaney’s lines, from the poem “The Gravel Walks,” resonates with O’Donovan like never before: “Walk on air against your better judgment.”

Those words are Heaney’s epitaph, inscribed on his gravestone; it was Heaney’s way of saying forget your inhibitions, seize the day, don’t hold back, live life to the fullest.

And it perfectly captures O’Donovan’s approach to life and, now, death.

Last month, against his better judgment, he didn’t walk on air so much as go on it, appearing on the Boston Public Radio show hosted by his GBH colleagues Jim Braude and Margery Eagan. He spoke of his prognosis with simple eloquence, a matter-of-fact acknowledgment of the fact that he was going to die, emphasizing the importance of living.

And he talked about that a word: avoidance.

He encouraged listeners to reach out to those who are ill, a theme he repeated and stressed when we spoke.

“I was quite reluctant to do that interview,” he said. “I was fearful that it might come off as self-serving. But I was amazed by the reaction.”

The reaction, from listeners, from friends who had hesitated to reach out, was “incredible and uplifting.”

He got phone calls and e-mails, neatly written cards and notes.

People offered to accompany him to treatments. He said the kindness of others is as powerful as chemo and radiation.

“I’m so lucky,” he said. “It pains me to know that some people are going through these treatments by themselves. The willingness of people to sit with me, to bring me home, to get me a cup of tea. That kind of kindness has lifted me.”

It has been a tough couple of months for music fans in Boston. Eric Jackson, whose “Eric in the Evening” program on GBH was to jazz what O’Donovan’s program is to Celtic music, died last month at 72.

“Eric was my mentor,” O’Donovan said. “I based a lot of what I do on the radio on Eric’s style.”

Brian O’Donovan doesn’t sit around counting the days. Instead, he counts his blessings. His friends. His listeners. His medical team at Massachusetts General Hospital. His wife, Lindsay, their four kids, their two grandchildren. A friend reminded him that “grandchildren fill the hole in your heart that you didn’t know was there.”

Throughout the pandemic, he frequently read to listeners the Wendell Berry poem “The Peace of Wild Things.” Some listeners have sent him that poem recently, and he reads it to himself, over and over, finding a serenity.

He recited the poem from memory, ending it like this: “I come into the peace of wild things who do not tax their lives with forethought of grief. I come into the presence of still water. And I feel above me the day-blind stars waiting with their light. For a time I rest in the grace of the world, and am free.”