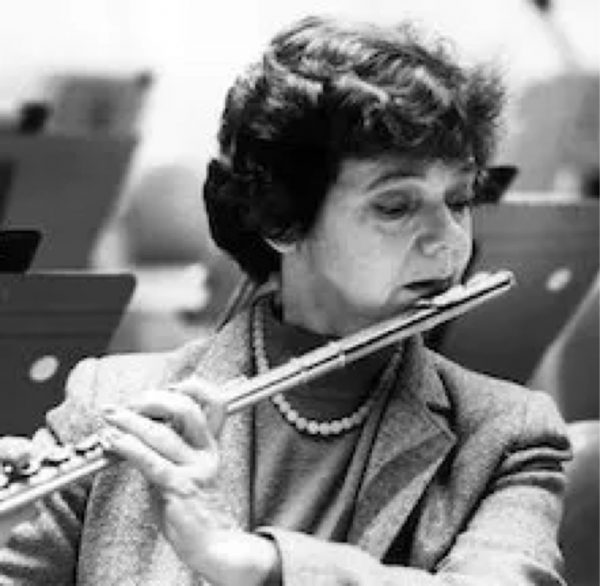 You might be interested in one thing I did after my time at WGBH because it is related to the BSO and Pops. The particular event almost certainly caused a problem at WGBH since it involved a concert being carried live.

I had often helped out the engineer at Symphony Hall. I got to know some of the musicians, among them flutist Doriot Anthony Dwye, the first woman principal at a major U.S. orchestra.

For a bit over a year I house sat for her in Brookline. I always listened to the symphony, but one evening I was listening and the concert was delayed. That seemed a bit weird since they were on the air live. I went down to her kitchen for a drink and saw Doriot in the living room. Of course I asked if she was supposed to be in tonight’s program.

Minutes later, I was holding on to anything I could grab in her small car as we rocketed through back streets at a pace I didn’t know the car was capable of. She had forgotten the concert. She was the reason for the delay.  It must have been about ten minutes later that we slammed to a stop on the street behind Symphony Hall and she ran into the building. The delay must have created minor chaos at the station.

I never told anyone about this lapse — and the mad drive through the back streets which she obviously knew so well — so as not to embarrass Doriot.

I had a wonderful time at WGBH and only left to take a job more in my field at a computer service bureau in Arlington where I became a purchasing agent and supervised a massive mainframe installation.