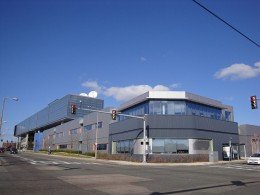 WGBH is a non-commercial television and radio broadcast service located in Boston, Massachusetts.

WGBH is a member station of the Public Broadcasting Service, and produces more than two-thirds of PBS’s national primetime programming. Programs produced for PBS include Masterpiece, NOVA, Frontline, American Experience, The Victory Garden and This Old House.

WGBH is also well-known for having co-produced numerous period dramas and has collaborated for years with British production companies.