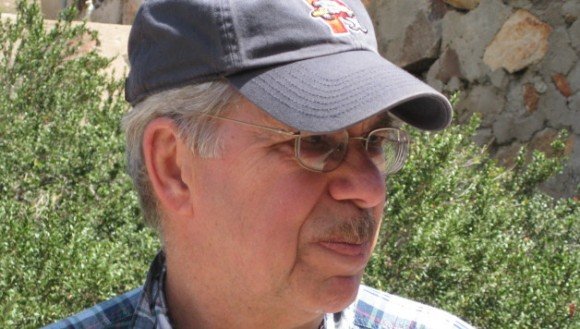 I was hired in the fall of 1965.  I was out of college, about to get married, and needed a job.  My history and government degree wasn’t going to do it.  But I had four years experience in commercial TV in Maine plus experience with educational TV at The University of Maine.  My first stop was WBZ TV.  They suggested I could start in the mail room. Dejected I drove to WGBH close by.  I was interviewed and asked if I could start work in a couple days.  (They were desperate for people as many had left that summer I learned later.)  I was hired as a lighting director as I could name three important lights on the talent, something I’d read in a book not long before the interview.  (In Maine we never named the lights, we just hung them and pointed them.) But the only thing I ever lit was that year’s staff Christmas party:  red and green.

After a while on the crew defying death 18 feet in the air on a manual crank lift hanging monstrous lights on the grid, they discovered I could run a camera, something I had done a lot of in Maine. From then until 1967 I was mostly a cameraman, trying to hold up a rich tradition of very fine camera work at WGBH.  I learned dolly moves (cameras had wheels then) I never knew existed,  I could move a shot through the air dollying sidewards, lifting up or down smoothly.

Sometime in 1967 I was called into the studio manager’s office and told they needed a director and that would be me.  Unlike the BBC where prospective directors in those days got a year’s training from seasoned vets, at WGBH you were simply shown to the control room and where to sit.  Fortunately, as a cameraman working with bad directors, I had thought about how much better I could do if I were directing.  Plus I had watched the good directors at WGBH, and they were very good, so I had people to emulate.  My first time in the chair I looked at the bank of monitors and immediately forgot all the clever things I thought of as a cameraman.

To make things harder just when I started directing we switched to color cameras.  With the black and white cameras, we had dozens of tricks: special camera mounts, lots of lenses, ways to be creative.  The new color cameras took all day to line up so you got to use them just before the live show.  My first show was a three camera talk show. I got two of the cameras just before we went live and the third one while we were live.  These new color monsters had a pedestal and a zoom lens, that was it, no special lenses, or mounts all, the black and white camera tricks were gone.

From 1967 to 1980 as a staff director, I directed lots of different shows.  We were not specialists as directors, we did public affairs, cooking shows, music, “how to” shows, everything.  I did the Boston Pops, Boston Symphony, The French Chef, Say Brother (now Basic Black), “Who Knows One?” with the National Theater of the Deaf, “George’s House”  with choreographer Dan Wagoner, “Mixed Bag”, “Jazz”. Also the James Brown concert at the Boston Garden, April 5, 1968, which was broadcast live and is credited with bringing calm to a simmering Boston following the assassination of Dr. Martin Luther King Jr. the day before.

Also during that time I was very involved with the video art projects at WGBH and with the WGBH New Television Workshop. A partial list: “What’s Happening Mr. Silver” (associate director), “The Medium is the Medium” on “PBL”, the Public Broadcast Laboratory; The 9/23/69 studio experiments and Video Commune with video artist Nam June Paik; “Headgame” with video artist Ros Barron; “ZONE” with artists: Harris Barron, Allen Fineran, and Ros Barron; “Magritte Sur La Plage” with Ros Barron; “Prelude and Love Death from Tristan and Isolde” and the Music Image Workshop with video artist Ron Hays and the Paik/Abe Videosynthesizer.

From 1980 to 2005 my PBS directing credits also included: the Montana Summer Symphony, “Relax! You Only Live Once” “The Antiques Roadshow”, “Championship Ballroom Dancing”, “The Joy of Stress”, “Humor Your Stress”, and “How Serious is This?”, introductions to “Masterpiece Theater”, “Mystery.” Also “The Big Band Ballroom Bash” (PBS March 1992) and “Let the Good Times Roll” with B. B. King (1984).