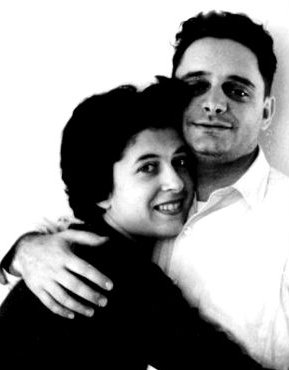 I came to WGBH-TV in 1956 from New York. I was hired as a film editor and it was my first real job in film making. To this day I am convinced that Parker Wheatley hired me because I appeared in a gray blue Harris tweed suit. Clothes do make the man.

Lilly, my wife joined a few months later as a replacement for the art director who had just been drafted into the navy.

I really learned television. I even had my own show: “Films of the World.” Franco Romagnoli and I were the film department then.

Two and a half years later, in 1958, I was fired when Paul Rader convinced Hartford Gunn that the reason his International Geophysical Year film project was running out of money and couldn’t deliver more than one of the thirteen proposed films was my fault. (Six months later Hartford got wise and fired Paul Rader.) I got no severance pay and not a day’s notice. Lilly resigned in protest.

It was the biggest favor anyone had ever done us.

Lilly and I went back to New York. I couldn’t get a job anywhere in films. I really always wanted to make films at the United Nations. But I had friends who told me not to bother applying, the American quota was way overfilled.

Then one day I met Larry Creshkoff and told him of my sorry state. “I’m going to a cocktail party this afternoon,” Larry said, “why don’t you come along, maybe you’ll meet someone who can help you.” I did, and met Michael Hayward, the Chief of Film and Television at the United Nations. “Come by and see me,” he said. I could barely keep from laughing in his face. But the American quota … When nothing turned up for three months, I went to see Michael. “Where have you been? I’ve been waiting for you!”

He had a film editing job, a freelance contract for three weeks, but somehow that turned into a 29-year career at the U.N. I started as assistant producer for the “Non-English Language Section” and worked my way up. I produced the television productions of the yearly United Nations Day Concerts, I made films all over the world traveling to the most far out locations for ten years. I became the executive producer of the most successful series of documentary films the U.N. ever produced: “Man Builds, Man Destroys,” thirty two half hour shows on international environmental issues.

Many of my films won prestigious awards at international film festivals, among them a Jury prize at the Cannes Festival for an animated film I made with Bretislav Pojar a famous Czech animator and an Emmy for the United Nations Day Concert of 1971 featuring Pablo Casals. And when I retired in 1987 I had reached the top. Chief of Television and Film. The job that Michael Hayward had in 1958. 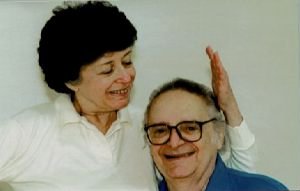 When we went back to New York in 1958, Lilly had a varied career in commercial art. Although she was financially successful, none of it satisfied her. It wasn’t until she tried art restoration that she knew she had found her true calling.

She took an apprenticeship at the Morgan Library and began to specialize in the restoration of works of art on paper, mainly old master drawings, etchings and engravings. She set up a workshop in our apartment, and soon there was enough work to justify renting a studio on 57th Street near many of the art galleries and dealers.

Then she got a U.S. Government Museum Grant to study paper restoration in Vienna at the Akademie der Bildenden Kunste. Fifteen years ago she rented a bigger studio in Carnegie Hall and business boomed. Only last summer she gave up Carnegie Hall when Peter built her a brand new studio as an addition to their house in Cornwall, Connecticut.

In 1960 our first daughter, Susanne, arrived and seven years later came Diana. Both went to the United Nations School. Susanne, after graduating from Princeton, became a very successful freelance writer and editor on medical subjects. She gave us two wonderful granddaughters, now four and six years old. Diana, after Mount Holyoke, completed the circle. She became a well known radio personality in Washington, D.C. You can hear her host and disk-jockey the classical music show on WGMS-FM (for Good Music Station) every weekday from 10 a.m. to 3 p.m. It’s called the Diana Hollander show.

1. It must have been in 1957 that we did a science series hosted by Mary Lela Grimes. It was in the wonderful days of live TV and Mary Lela had gotten the world’s leading expert on the behavior of bats to appear on her show. He was either from Harvard or MIT, but from the moment he walked in the studio with his cages of live bats his wild-eyed demeanor should have alerted us. He set up a window with two dangling sticks just slightly wider than the wings of his bats. If anything hit either stick a bell would go off. He showed us that he could release a bat through that window and blind as they were they would never hit either of those two sticks. He did it, one at a time, with two or three bats but then the fire lit up in his eyes. “Isn’t that wonderful?” he said, “Let’s try another one!” And another one. And the studio was soon full of swarming bats.

There was no stopping him but soon the time came for the slide projector to show the three slides that indicated to viewers of WGBH-TV that one show was over. Meanwhile the camera crew wheeled the two cameras around to the opposite corner of our only studio where Louis Lyons was ready to do his daily news report. What the viewers didn’t see was the whole free crew and anyone available in the vicinity racing around the studio with brooms and makeshift bat catching apparatus. But then the inevitable happened – a bat flew right in front of Louis…ON CAMERA! Lyons looked up, puzzled, but didn’t miss a beat of the news item he was reading.

The designer of that early WGBH logo was my wife, Lilly Hollander. She got the job as art director when the former art director was suddenly drafted into the navy. The problem was that we had just bought a dachshund puppy, we named him Max, who was too young to leave alone at home. So Lilly took him in the basket of her bicycle (yes, we both rode to and from Back Bay to the station every day) and kept him in her office.

One day he got out of Lilly’s office. He ran all over the whole station with Lilly and gradually a whole lot of people after him. Max went straight for the boss’s office. He rolled over right in front of Parker Wheatley and played fountain. Luckily, the boss loved dachshunds.

6. Jordan Whitelaw came in one morning more distraught than usual. “I don’t know what to do! I’m having Charles Munch for dinner tonight and I haven’t a clue as to what to make for dessert!” Lilly, already famous for her baking, suggested he make her famous Poppy seed cake, a family recipe she inherited from her Viennese great-aunt. “Poppy seed cakes!” Jordan sneered, “they’re all the same!” But Lilly convinced him to try it.

The next morning Jordan arrived at the station walking two feet off the ground. He went straight to Lilly’s office. “I made your Poppy seed cake for Munch and he loved it! So I’m going to give you my very best recipe, my Beef Bourguignon.” It certainly was everything he said it was and that is how Jordan Whitelaw’s best dish is now a staple for guests at the Hollander dinner table. 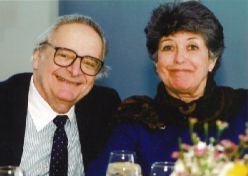 I remember a Christmas send-up show where Paul Noble played me measuring lengths of film while singing “One and one is two, two and two is four….” from Danny Kay’s ‘Hans Christian Anderson.’

I remember two signs hanging on the wall of Wheatley’s office. One said: “This is a non-profit organization. It didn’t start that way. It just sort of happened.” The other was a congratulatory telegram from an earlier Educational TV station. “When in doubt, go to black.”

Lilly designed and made the sets for a television production of the Monteverdi opera “Il Ballo delle Ingrate.” (We have pictures.) Ann Hollander (then the wife of the now famous poet John Hollander) designed the elaborate costumes. John, her husband played the lute for that show. Neither was related to Lilly but the titles included so many Hollanders it looked like nepotism.