It’s been a long ride. Personal confession for all to see is not my style and most of it unpublishable except as fiction. Indeed my favorite line about Hollywood: “the only truth out here is at story meetings about fictional characters.” Thus the bio & credits.

None of it possible without the WGBH years and two talented guys like Hallock and Vento and all the fun and games directing Norman Holland’s Film Critic show. Do any of you remember that big hit “The Anatomy Rewards.” Where is Gene Nichols, my favorite Marine?

Bob Moscone and I worked together for a few years in NYC. And then I could spend pages telling you about working with Frank Vento, ace Lighting Director and creative confidante one summer in NYC directing 32 musical l6-mm-mag-stripe “Scopitones” for film juke boxes with the likes of Don Cornell, Billy Daniels, Lou Monte and dozen of other names from the past — including Mamie Van Doren licking ice cream cones let loose on the streets of New York City to tantalize construction workers on site — until I discovered that my financing sources were traceable to the real Soprano family.

So much still to do and so much more difficult to accomplish when it seems we all want to march to the beat of a different drummer. Most of my time now is divided between the likes of what I have been working on for the past ten years — with less success I might add — and trying to be the oldest first time indie writer/director. Look for THE RIGHT GUY one of these days, a fictional movie and therein the truth about where Kelman’s head has been all these years. 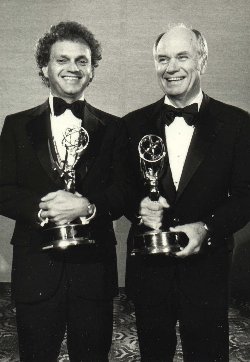 Alfred R Kelman, Producer and Director and Thomas W Moore, Executive Producer, winning the first of 7 Emmys for the CBS documentary specials “The Body Human” and the NBC non-fiction series “Lifeline,” 1977-1984. The production company: TOMORROW ENTERTAINMENT/MEDCOM. Over a period of 7 years, the number of Emmys for all production crafts combined, including, producing, directing, writing, editing, photography, score, etc., reached 16. 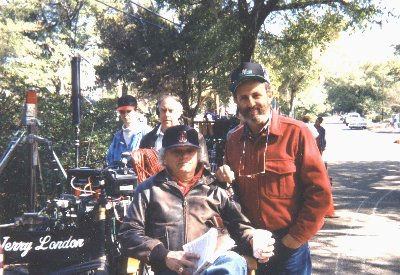 On location Wilmington, N.C., a few years ago for one of my “based upon the real story” productions with Jerry London, Director – for LABOR OF LOVE, a CBS movie of the week. 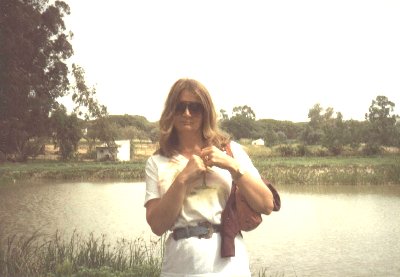 My wife Janice, and backbone of 30 years, “awhile back” in Portugal, on location for the HBO movie TO CATCH A KING.

How proud Janice and I are of our son, Nicholas, who went to MIT majored in Brain Research & Cognitive Science. Distinguished himself by founding the “Midnight Players” a student theatrical company which performed all-niters beginning at midnight on weekends and graduating with a minor in Film having decided in his Junior year to become a film director.

He pursued film avidly as an indie for a year or two, actually made a good 20 minute job called THE SANTA EFFECT (budget 60K which he raised with a producing fraternity brother/partner from college) and lo and behold is now at Brown on a graduate scholarship for creative writing working on a novel and his MFA. 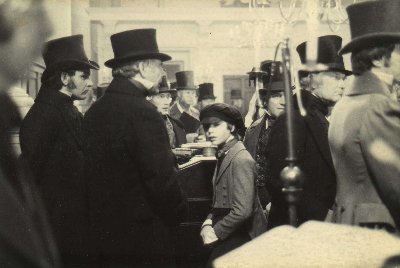 Love to all of you. Alfred.

His credits for productions on all three American television networks and cable (CBS, NBC, ABC and HBO) include being three-time winner of the prestigious DGA award for Outstanding Documentary Achievement, seven-time winner of the Emmy (THE BODY HUMAN and LIFELINE), an Academy Award nominee (THE FACE OF GENIUS), producer of two of George C Scott’s memorable TV movies, A CHRISTMAS CAROL and THE LAST DAYS OF PATTON, and producer of the mini-series NAPOLEON & JOSEPHINE, starring Armand Assante and Jacqueline Bisset.

He holds a Master’s degree in Communications Research from Boston University and served as Senior Research Fellow, Center for International Studies at the Massachusetts Institute of Technology.

University of Wyoming
A.R. Kelman Collection for the Study of New Media