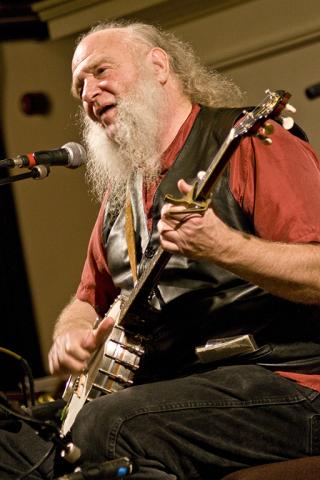 Rick Lee, respected psychologist and teacher, and widely loved professional musician with friends and colleagues on both sides of the Atlantic, died August 27 shortly after returning home to Natick, Massachusetts from one of his many working visits to Dublin. Rick had chosen to live his life to the fullest and to continue teaching, touring and playing music rather than to undergo what he feared would be debilitating surgery for colon cancer which had been diagnosed several months ago.

I had been introduced to Rick by a mutual friend when we were high school seniors, both planning to attend Amherst that fall and both interested in “folk music.” At the end of freshman year I had learned some basic 5-string banjo technique from Pete Seeger’s instruction book, and Rick was employing his warm and distinctive baritone both in singing with me and in his tireless work for WAMF, the Amherst College radio station where he eventually became station manager.

For the next three years we were roommates, first as sophomores in South College and for the next two years at Seelye House among other independents. We shared many conversations, both on philosophical topics and on some of the musicians and other extraordinary people we had met, and of course there was music. Rick was a good student, but, unlike me, he always finished his academic tasks with dispatch to leave time for his active musical and social life. Our circle included musical “townies” as well as students from Smith, Mount Holyoke and UMass, the latter including Buffy Saint Marie and Taj Mahal, and collectively we called ourselves the “Motleys”, based on a remark by a Northampton guitar player.

Rick took up the banjo during our sophomore year, and it soon became evident that he was an exceptionally gifted and serious musician. He bought Library of Congress recordings of traditional folk music that had been archived by John and Alan Lomax, and he soon was performing authentic versions of very old ballads and songs and greatly widening his circle of musical acquaintances.

As head of the Pioneer Valley Folklore Society, Rick introduced me to Pete Seeger who, like Rick, had attended prep school at Avon Old Farms, as well as Odetta and other folk icons who performed locally. He had a friend from school who was head of the Yale folk music club, and we were invited to attend the performers-only Indian Neck festival, a wild, weekend-long event in a seaside hotel near New Haven where we met young Bobby Dylan and several other soon-to-be-famous performers. When Dylan had his first professional gig at Gerdes Folk City, a bar in Greenwich Village, a bunch of us Motleys went down to hear him, and I ended up driving Dylan to his girlfriend’s apartment since he had no car and no money for a cab. The Indian Neck festival, much diminished since the loss of many of the old “folkies” still takes place each Mothers’ Day weekend at a small summer camp in western Connecticut.

After Amherst, Rick married the former Lorraine Choinere, a fine singer and mountain dulcimer player from western Connecticut, and they had one son, Peter, who now works as a senior computer scientist for Adobe in the video products department, and two grandchildren. For many years Rick and Lorraine performed as a duo, often accompanied by other eminent musicians. They divorced in 1986.

In the years immediately following Amherst, Rick worked as a producer and director for WGBH in Boston, and then earned his PhD in psychology from Harvard Medical School, specializing in negotiation dynamics. He had been working in that field ever since, teaching a course for several years at Harvard Law School. He conducted workshops throughout the United States, Great Britain, Ireland, the Netherlands, and elsewhere around the world.

Rick always tried to combine his psychology travels with musical performances in the locations he visited. He had become a very accomplished pianist in Boston, playing in a wide variety of styles from pure country to traditional folk, and even Latin music. He was highly valued both as a performer at festivals and gigs with his various bands and as the anchor of many informal musical sessions both at home and abroad.

I sat in on a few of those sessions at Rick’s comfortable old farmhouse in Natick, and the level of the playing was nothing less than professional, and often inspiring. Rick’s expressive voice and his delicate work on piano or banjo frequently would bring audience members to tears. Rick made several wonderful recordings, including some solo work, some with Lorraine and some with bands with whom he’s toured.

With his imposing physical size, powerful voice, freely expressed opinions, and often ironic humor, Rick could be an intimidating presence to the uninitiated, but he was a loving friend, parent, and grandparent, and an unforgettable gift to the world for all who knew him. His passing leaves a void in my life and in the lives of many others. Besides his son, Peter, and family, Rick leaves behind his companion of many years, Edie Hays.

“Rick Lee, the musician, was many things: A singer with a warm, deep voice, an accomplished pianist and banjoist, a skilled songwriter and performer, a master jammer, and a consummate song collector, folk music archivist and scholar. His music and his many recordings are enjoyed and respected all over the world. Rick is also well-loved for his support and encouragement of other musicians of all ages over the span of more than 50 years. He will be deeply missed by those whose lives he touched—in the folk and traditional music community and well beyond.” 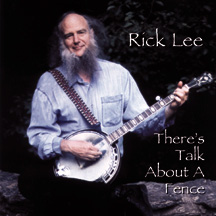 I worked first for Don Quayle, AGM/radio, while I was a junior and senior at Amherst College and ‘GBH was putting WFCR on the air. We experimented with using FM subcarriers to do two-way classroom sessions.

Don liked my work and offered me a job after graduation. When I graduated, he had left ‘GBH. But he had put in a good word with Hartford Gunn. So I came to work in 1963 at ‘GBH/FM as a weekend announcer and radio producer when the station was in Kendall Square. Bill Pierce was in Symphony Hall and I did the studio end of symphony broadcasts, etc. TV was at that time at the Museum of Science. (This was about a year after the fire on Mass. Ave.)

I worked for T.F. Conley who had replaced Don Quayle as AGM/radio and did lot of early radio network programs, long before NPR. We had an East Coast hookup to NY, Phila, DC, and west to Buffalo and did a nightly 2-hour “Kaleidoscope,” a predecessor to All Things Considered. I also edited Michael Rice’s tapes from England, “Diary of a Rhodes Scholar,” and various other tape inputs.

When we moved into the new building about 1966, Michael Rice had finished his Rhodes scholarship and took over the radio operation from Tom Conley. Michael asked me to be Production Manager for radio, which I did for a year or so before Bob Larsen invited me to become Executive Producer in the new Education Division which was about to put WGBX/44 on the air. I produced its first television program, a live interactive simulation of diplomacy around the Korean War called “The Most Dangerous Game.”

Thereafter, I did a bunch of simulation game shows for schools, with students doing more and more of the writing as well as talent slots. I also produced a series of films about kids in urban environments, and continued doing programs about normal family development which I had begun in radio with Norman Paul (“A Chance to Grow”) and Dick Chasin (“Three Families”).

I was invited to be “field faculty” for some graduate students at Harvard in 1969. When Hartford Gunn left ‘GBH to go to PBS in 1970, I went to a Harvard faculty meeting and asked about becoming a student in the new psychology Ph.D. program. The folks I’d worked with on the faculty supported my application for an NIMH grant and I left ‘GBH in the summer of 1970 to go to graduate school.

In graduate school, I worked at the Boston State Hospital, and Lorraine and I redeveloped our performance schedule in folk music. We had done several shows at Club 47, Unicorn, etc. in 1963-4, but suspended performance while I was busiest at ‘GBH and while our son Peter was small.

Since then, I have been working with Roger Fisher and his colleagues designing and teaching a workshop on negotiation at Harvard, and have been teaching action methods and video-feedback at the Family Institute of Cambridge.

Waterbug Records asked me to do a solo CD in 1995, released as “Natick.” Most recently a solo CD of mine for Waterbug, “There’s Talk About a Fence,” was released in 1999.

So I continue to do video, mostly closed circuit, and singing and playing.

Details on the music are at: http://www.ricklee.org

Details on the video-feedback project should soon be at: http://www.familyinstitutecamb.org

The main new excitement is my 3-1/2 year-old granddaughter, Sammi. She’s learning to play harmonica and we have been playing and singing together just for fun.

All the best. Rick.