After 35 years in public and commercial radio and TV, second career in economic development, now at State University of New York Plattsburgh.

One of the reasons we retired to southwest Florida was so I could go to spring training Red Sox games. Well I’ve ended up on their staff, and just started my fourth year with the team. That’s me with the hat directing in-stadium programming last year at JetBlue Park, Fort Myers. 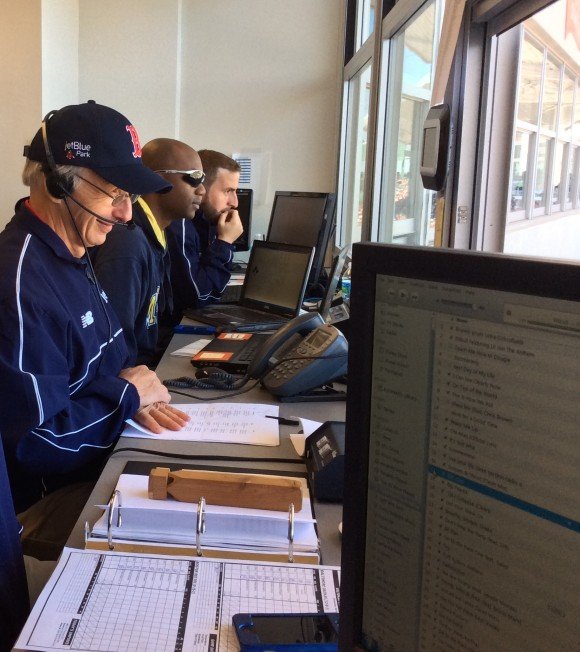 It’s fun to be back in the control room after 40 years, though the equipment sure has changed a lot!

Sandy and I look forward to seeing old friends and colleagues at the reunion.