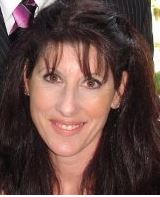 I have worked in television and advertising agencies in an admin support capacity. After leaving WGBH-TV in 1990 I ‘retired’ from the workplace for a few years to have children. I returned to work at NECN from 1995-2000 in the Traffic Department. In 2000 I move to South Florida and worked at WXEL TV also in the traffic department. From there I worked at Zimmerman Advertising as the Office Manager and currently work at O2 Media as the Office Manager.