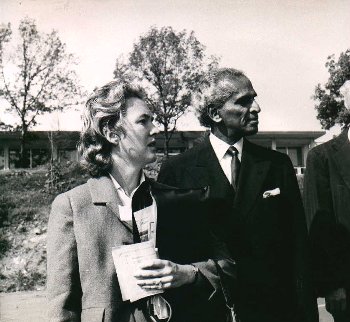 WGBH was the alpha and omega of my mother’s career. Everything that came before — Smith College, the war, Paris, UNESCO — prepared her for National Educational Television (NET); and everything that followed, including her work as executive producer of an Academy-Award-winning documentary for VISTA, flowed from and somehow always returned to WGBH. She loved every minute she spent at the WGBH-TV studios at 84 Massachusetts Avenue, and for years afterward those days retained in our house the vividness of a creation myth. WGBH shaped my parents’ marriage, wired my older brother for a career as an ABC and CBS television producer, started me as an early viewer of “The 21 Inch Classroom” and lifelong PBS addict, and set the adult course of my mother’s life.

In 1959, to be a young woman and an associate producer and writer on a monthly television program moderated by Eleanor Roosevelt, the universally respected “First Lady of the World,” was to be truly present at the creation of the postwar cosmos. And though I was too young to have actual memories of her work (my brother, however, vividly remembers the fire that destroyed WGBH in November 1961), Diana spoke so often in later life about the people and ideas on “Prospects of Mankind,” I seem to remember her pre-interviewing everyone from the aged Bertrand Russell to the young Henry Kissinger to the impossibly young-looking Senator John F. Kennedy.

“Prospects of Mankind” was many things to my mother, but at the heart of the program was a family. The former Diana Ordway Tead of Forest Hills, New York, was the only child of overachieving and emotionally dysfunctional parents, and as she looked back at the end of her life on her days at “‘GBH,” she began to see that Mrs. Roosevelt had been for her a surrogate — the kind, tolerant, earthy, all-embracing mother of heart and mind. Producer and director Paul Noble, brilliant, funny, affectionate, was the brother that Diana had never had, while executive producer Henry Morgenthau III, paternal and avuncular, served also as a healer of old wounds. 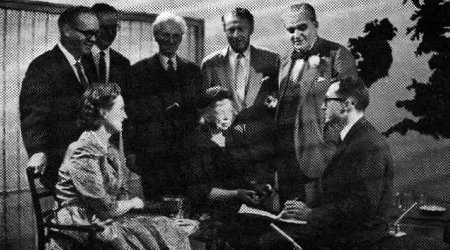 Among my mother’s papers I find mimeographed program transcripts divided into VIDEO and AUDIO portions and labeled with a network logo that must have appeared brilliantly modern in 1959: a TV aerial atop a streamlined NET household. Those transcripts now look as distant from our dot-com age as Samuel F. B. Morse’s dot-dash transmissions would have looked to producers of educational television in the 1950s. For here is a program of ideas, of adult discussion, with “nothing in the way of visual interest beyond the faces of the four participants,” as one TV critic pointed out in 1960. Yet the perspective of “Prospects of Mankind” is actually broader, and the discussion of ideas more humanistic and truly worldwide than that of the televised brawls that today pass for an exchange of views in our global village.

To the end of her life my mother had a fierce commitment to educational television. In her last days in 1981, drugged with chemotherapy and sapped by radiation, she would often drift off late at night with the local PBS channel on. Night after night, she would exhaust the programming — Wall Street Week, NOVA, “Nicholas Nickleby,” reruns of “Upstairs, Downstairs.” My brother or I would enter her room after midnight to find her TV set crackling with hash — the salt-and-pepper static that used to fill screens when local stations signed off in those pre-round-the-clock days. I remember the wonder I felt one night when I came in to find the American flag fluttering on Mom’s TV screen. This was not my mother’s idea of television. The flag was a network sign-off (she must have defected that night to NBC and Johnny Carson), and as the black-and-white image cast its blue-gray light across her cancer-ravaged but still beautiful face, the stars and stripes waved in salute and, it turned out, farewell.