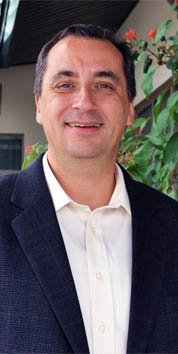 I believe PBS Development is not only about raising money; it’s also about creating relationships.

I’ve been with public media since 1999 and joined the WGBH staff 2006. I’ve been a part of the WGCU staff in Southwest Florida since November 2010. As the organization’s director of development, I oversee planned and major giving and membership development to help keep public media strong and vital.

Born and raised in Hawai’i, I moved to Chicago in 1989 where I joined the US Navy as a military journalist. After serving honorably in the military for four years, I attended Indiana University where I majored in telecommunications with a video production concentration. I was selected for an International Radio & Television Society Foundation Fellowship summer 1999 where Ithen worked with NBC’s TODAY show.

My public broadcasting career started with WFYI-TV in Indianapolis where I served as an series producer. Then, I accepted an offer to become the Fundraising/Special Events Producer with Miami’s WLRN Public Broadcasting in 2002. Three years later, I was recruited by WGBH ‘s Development Department to produce national and local fundraising programs. Prior to accepting my current position with WGCU Public Media, I received my MA in Public Media Management from Ohio University.

My ambition to further the goals and values of public media led me to WGCU where I plan on coupling my experience as a producer and fundraiser with my academic training.

As a long-time fan and financial supporter of PBS and NPR national programs, I thoroughly appreciate locally-produced television and radio programs that give all of us a taste of the news, information and entertainment that’s important to residents and visitors of Southwest Florida.

However, I credit much of my success to the lessons I learned while at WGBH. I’m fortunate to have made many friends at this great organization — friendships that started since the start of my time at WGBH. Thanks a bunch to all the people who helped make my WGBH memories fun and lasting.