I knew beans about production when I arrived [from BU in 1958], but thanks to Dave Davis, Mike Ambrosino, and especially Bob Moscone, their three-week basic training program was enough to build the self-esteem, provide the motivation, and reduce my physical ineptitude enough so that I became a proud member of a great working unit. 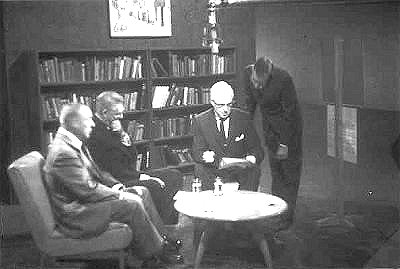 Richard Rogers and Oscar Hamerstein with Elliot Norton and myself.

And I stayed for four years. Through the creation of Elliot Norton Reviews (can’t wait to see him at the reunion), three years of Invitation to Art (saw Brian O’Doherty this past summer in a local restaurant), the production of Eleanor Roosevelt: Prospects of Mankind under the extraordinary leadership of Henry Morgenthau, and series and specials on everything from geology, drama, computer age math, ballet, Soviet composers, and to American documentary directors. And Louis Lyons and his Backgrounds interviews.

Jean Brady and I launched an underground in-house newsletter which ran for 3 years, with great contributions from BU crew members and others. (The Ille Novi collection is now in the WGBH archive.) 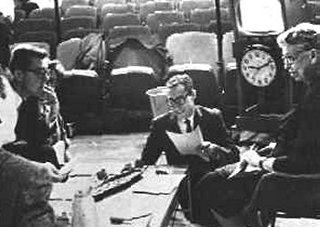 I could go on but then I won’t have anything left for the reunion! 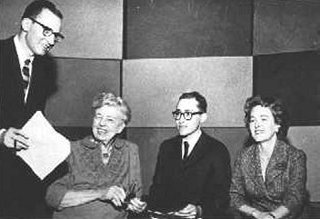 From Boston, I headed for New York where I worked for three decades at Channel 5, first under the banner of WNEW-TV (Metromedia) and then as WNYW (Fox). I’ve toiled for billionaire John Kluge and media titan Rupert Murdoch.

I mainly produced or executive produced. I started the insult talk show craze in the East with Alan Burke (‘66-’69). Produced the National Trivia Test (during the trivia fad). Worked with everyone from Bishop Fulton Sheen to Soupy Sales to Bill Boggs to Dr. Ruth Westheimer, whom I brought to TV through a friend who was her doctoral adviser. Even had Muhammad Ali host a talk show for us.

Five local Emmys for producing or writing for series and specials of different kinds. Not only did I schedule movies and package them for TV, but for two years I hosted the Saturday afternoon movies under the banner “Fox Five Movie Club.” In black tie, no less.

Those visits in Boston to the Orpheum, the Fenway, the Met, the Paramount came in handy — those were the movies I had to introduce on TV thirty years later! And I did a year of travel in Europe in the middle of those thirty years.

After Kent State, I said that it was time to leave the country! So, in 1970-71, I went traipsing from London to Morocco to Israel and back. For four months during that time, I was a G. O. (gentil organizateur) at the Club Med in Agadir, Morocco. I wore a djellaba, rode camels, took out sailing picnics, ran a slave market auctioning women back to their husbands, and greatly improved the little French that Ann Slack had tried to teach me.

I took early retirement in 1991 when I reached 55. I began to co-write books with my wife Paulette Cooper. We turned out four books together, covering true crime (“Reward: You Can Collect $500 to $500,000 Helping Police Solve These True Crimes”), psychics (“America’s 100 Top Psychics”), dogs (“277 Secrets Your Dog Wants You To Know”) and cats (same number of secrets). Two of the books are still in print.

Then cable called. A former intern at WNEW had been made head of programming for the basic women’s network, Lifetime, and roped me in. And after six and a half-years, I’m still director of feature films, acquiring and scheduling movies, mainly of the made-for variety. 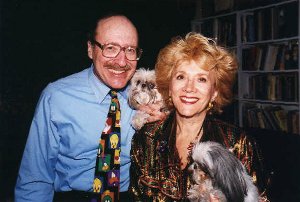 Paulette and I met in 1968 at a Cornell friend’s book party. We dated briefly, and re-met in 1987 at the same mutual friend’s 50th birthday. We’ve been inseparable ever since, married after spending a total of 97 years unhitched. The oldest first-time marrieds we know of. Paulette told the story on Donahue; I was in the audience and talked, too. No kids, just two small dogs. We live in the same New York apartment house I moved to early in the sixties, but we bought two adjoining apartments so we have enough closet space for two packrats.

Paulette is the author of hundreds of articles and 14 books. Her most famous book is “The Scandal of Scientology.” We spend summer weekends on Fire Island; I’m not the sedentary guy I was in Boston, and now jog and play tennis. I’m on the Board of Trustees of the National Academy of Television Arts & Sciences (the Emmy people), and Paulette and I are doing next year’s book on romantic resorts where you can marry, honeymoon or renew your wedding vows. Yes, we travel as much as we can.

Larry Baker, Jim Nesbit, and Jerry Michaels, the missing members of our BU crew of 1958 — where did you go? Those of us who remained for that glorious year in Boston and kept in touch — Jean Brady Moscone Jolly, Ed Donlon, Bill Heitz, Don Mallinson, John Musilli, Vic Washkevich, Stew White, and myself — formed a cohesive team and family that coalesced from day one.

For a while, Paul Noble and Stew White exchanged congratulations several times daily with this two-part salutation: “Mighty noble of you, White…” and “…Mighty white of you, Noble.”

After 11 years at Lifetime, I retired. My wife Paulette and I now live in Palm Beach, Florida. I’m a member of the board of directors of the Palm Beach County Commission on Film and Television.