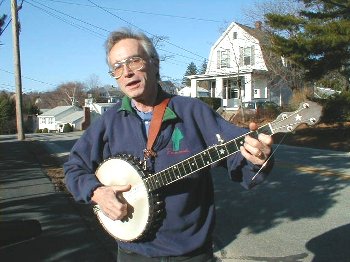 My main connections with WGBH started with hosting the initial Channel 2 program (and series), when we first went on the air. I remember eight such connections. There may be some that have slipped from memory.

1. May 2, 1955, “Come and See,” which I initially co-hosted with Mary Lou Adams (later Von Klock? And still later Cubbage). The program was aimed at young children, aired three or four times a week that first year. Mary Lou (who left after four months) died ca. 1996 of kidney failure. I just located our producer-director, Ralph Tangney, had a good phone talk.

2. “Music Grade II” (what an imaginative title!) about 1957, for in-school viewing by second grade classes. 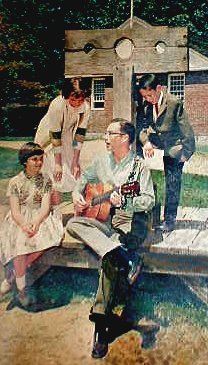 I may have forgotten some of the venues where we made programs, but I remember the Charles W. Morgan at Mystic, CT; Plymouth Plantation (and maybe the Mayflower III?), Old Sturbridge Village, USS Constitution (Old Ironsides), Fort Ticonderoga, Paul Revere’s Boston, Saugus Ironworks, the Shaker Community in New Lebanon, NY and Hancock, MA, the Museum of Transportation then in Brookline — anybody remember others?

5. Three music series that I wrote and hosted for Western Instructional Television in Hollywood. One of them is “Let’s All Sing” which aired for some years on WGBH-TV.

6. I remember doing a humorous fund-raising promotion with David Ives and many of the ‘GBH staff (looking sour at David’s song before joining in scattered polite applause).

7. The holiday special, “Circle of Lights,” produced by WGBH with Pete Seeger, Bernice Reagon, the Pennywhistlers, Doc Watson and others. It aired in December for many years.

8. My main current connection with Channel 2 is annually being a volunteer auctioneer. I love doing that, and it’s nostalgic for me. Live TV is all we had on “Come and See” 45 years ago. Any mistakes went right out to the public. (Oh, if these old lips could talk!)

Off-screen, I call contra dances (and square dances), give concerts of songs nobody else sings, and make occasional recordings. The night of the WGBH 2000 reunion (Saturday from 8 to 11 pm) I’ll be calling at the Scout House, 47 Walden Street in Concord. Anybody wearing a WGBH Reunion 2000 T- or Sweatshirt is welcome as my guest. 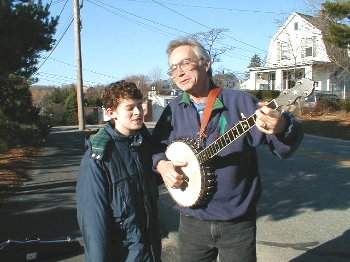 Personal: Irene Saletan, my first wife, sings with me on some of the programs. We made the front page of the Boston Globe Magazine in an antique car promoting one of the Field Trip Specials. Our daughter Nina, a recent Babson MBA, is in the Peace Corps in Mali. Our son Jesse recently switched from the public sector and now does tech work for Quintus.com in Austin, Texas.