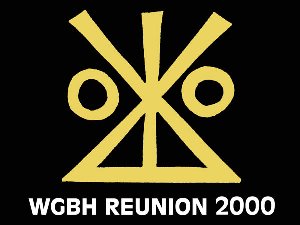 On April 4, 2000, former and current staff members, talent and volunteers of WGBH reconnected, officially and en-masse, for the first time in over 50 years. The final tally of 283 attendees included WGBH Alums whose tenure dated as far back as 1947. The event was a howling success, and an inspiration to all concerned.