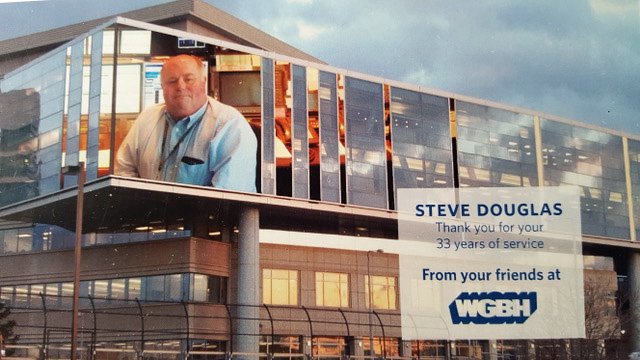 Over my 33.25 years, my experience in the Engineering & Production Services Departments included:

I merely want to echo what so many other ‘GBHers have already either said or implied.

It is impossible for me to quantify the level of thankfulness I have for ALL the employees I worked with, while I was employed at the Foundation (1981 – 2014).

I learned something from each of them.  Their presence qualified me both as an engineer and as a person.

One idea I had reinforced over and over was what my educator parents had both instilled in me earlier in my life; that there was nothing more important than performing my work at the highest level, of which I was capable.

That reinforcement illustrated to me that I could have continued in the internet video business, post-retirement, had I chosen to. The background I had acquired while a staff member at WGBH left me in very good stead, had that similar future continued.