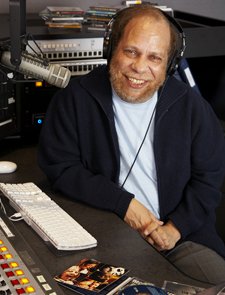 Since Boston considers itself a brainy town, WGBH’s desire to be a champion in high-end talk is understandable. But its decision to cut the airtime of Jackson and Schwartz diminishes Boston’s prime-time jazz programming — and makes the airwaves less cosmopolitan relative to other big cities. Jazz, as trumpeter Wynton Marsalis said, “is music that really deals with what it means to be an American.” Thankfully, Eric Jackson is not completely disappearing from the airwaves. But in de-emphasizing jazz, WGBH diminished its soul.

Jazz programming on WGBH-FM being scaled back, a blow to local jazz fans

The changes, some of which take effect July 2, come amid an expansion of National Public Radio programming on WGBH, including additional broadcasts of “Marketplace” and extending “Morning Edition” to four hours per weekday.