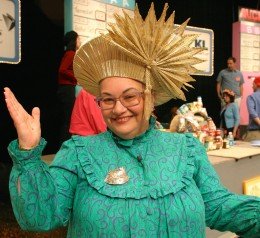 My husband and I were asked to be Auction Table Unloaders in 1971. Every subsequent year I progressed in authority: from Go-Getter to Captain to Chairman to Overall Go-Getter Chairman in 1978.

When I solicited the then Peabody Museum to host a pre-auction art show and got it all donated, David Ives took note so when Hamilton Osgood retired David asked me to become the Auction Manager. I originally declined but after a few months I assumed the position and stayed for 19 years- working beside Phil Collyer.

I currently serve on the Overseers Advisory Board and the RLS Committee and still scurry about the North Shore picking up donation for the Spring Auction!